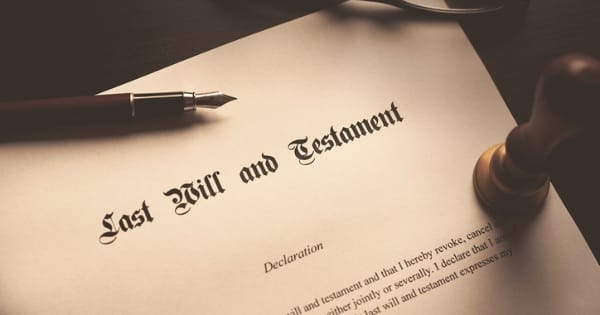 —
My father-in-law passed away this summer, and the home he’d owned and lived in since 1985 sold in three days for a lot more money than our real estate agent had anticipated. The cash from the sale, as well as what he had in savings, was

divided evenly between his three children. As my wife and I were driving home from the bank, having just deposited her share of the inheritance, two things occurred to us both simultaneously:

First, we couldn’t believe how much money we had in savings at that moment. I’m a writer, and she’s a writer and an artist. I waited tables for twenty years while wrote books I struggled to sell and Jen was home with our kids. All our married life, we’d been accustomed to having just enough. We had a lot more than that now. It didn’t seem real.

Second, as soon as we spoke the amount, neither of us ever wanted to have one penny less.

“Money is so weird,” Jen said.

I have to admit, I find talking about having money a little embarrassing. It’s much easier to talk about not having it. Not having money feels wound up with the universal struggle to make it, to find your way in the world and learn how to both survive and thrive. There was never a time in my life, until now, that I didn’t at some point think, “If I had the money, I think I’d buy a house like that, or a car like this.” Every time I flew and walked back to coach, I’d think, “If I had the money, I’d fly first class.”

And tangled up in the houses and cars and airplane seating was the notion that the money would buy me access to a better life. If you had asked me, I would have said it couldn’t, but there I was thinking about it. Then the numbers in my bank account changed, and it hit me that I could have the things if I wanted them, and my first I thought was, “So what?”

I understand that if you are in the financial position I spent most of my life occupying, you might find this obnoxious. Worrying about money continuously, even if that worry is quiet, even if that worry is expressed in thinking how things could be better if you just had a bit more of it, can be grindingly exhausting. You may not know how to make more money, but you absolutely know you don’t want to worry about it, that you want to feel free, that you want to be able to spend money without feeling as though you’re draining some precious life’s blood.

Shortly after I left restaurant work, when we had enough savings to live off of for a bit but before I had started earning anything, I sat down one night to pay our bills. Even though we had enough, it was strange not having anything coming in. It made every dollar spent feel like a negative. I knew my work situation was not likely to change anytime soon, and so that night I said to myself, “You’re simply going to have to choose not to worry about money.”

It wasn’t so easy. I had to wean myself off that worry. The temptation to do so was great enough that I found myself many times a day thinking, “No. We’re not going to do that.” Gradually, however, the temptation subsided. It was natural. The worry, after all, wasn’t doing any good. It wasn’t earning me anything nor even making me more frugal. My spending habits have been pretty consistent all my life. All the worry did was bring a tenuousness to my days, a sense that my comfort and wellbeing were temporary and could be pulled from me by forces beyond my control. Finding a way to be rid of that worry was as natural as finding a way to pull a thorn from my foot.

Which is why the inheritance meant less to me than I would have anticipated. Apparently, I’d already learned how not to worry about money. As for that better life I and a great many others have dreamed of buying – do not give up on it. Not the buying part. It doesn’t take much of an imagination to know that’s impossible. But the awareness that there is more enjoyment to be had, more pleasure to be taken, more satisfaction to be gained is based not on some materialistic siren song but on very real experiences everyone has known. Whether it’s falling in love, or doing work you love, or hearing a song or reading a book you love, you have known the irreplaceable generosity of life itself in an instant. Do not mistake those moments for coincidence or happy accidents. They are the more we all want, the coinage of the heart, life’s constant inheritance for us all.