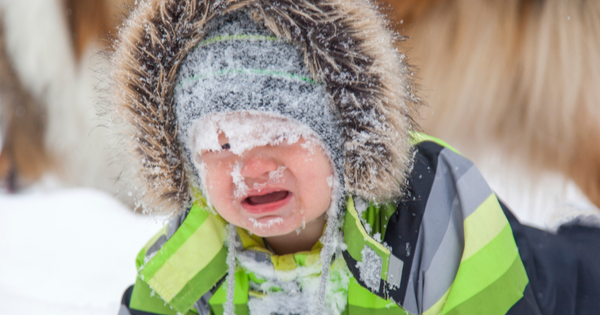 Most people will have a hard time answering that question. Children are experiential learners: they learn by trial and error. There’s a biological reason adrenaline sharpens our memories, making them more vivid and enduring.

“The stove is hot” is an abstract concept. “Ouch! My finger hurts!” is not. When your finger hurts, you don’t touch the stove again.

Now, this is not about neglect. But I am a believer in natural consequences, and yelling at my kids just leaves all of us hating me. So rather than engaging in a power struggle with them, I’m working on letting them make their own decisions. I challenge them when necessary, and always go back and review how things turned out, but I want them to have the power and responsibility of owning their actions.

I was yelled at a lot, but no matter how emphatic (or loud) the verbal insistence grew, it was the life lessons that eventually drove a point home: lessons learned firsthand, taught in an instant by a flash of remorse, fear, compassion, protectiveness, or pride.

Lest I provoke a lawsuit or worse, let me say this: let’s not be negligent or naive. There’s a time for autonomy parenting and a time for the brute force kind, and if you need to ask which is which, you’ll probably need more help then a web article!

So here’s a quick disclaimer: “trial and error” is not for when there is an open flame present. Or moving vehicles. Or breakable … anything. And for good measure, let’s rule out kids under 7.

But for older kids who have achieved enough independence to walk to school, here are some other benefits to autonomous learning:

Kids (and adults) will try anything to duck responsibility. Often there’s I didn’t do it; other times it’s, I didn’t decide to do it. That’s when you get the “my brother told me to” excuse.  But when kids make their own decisions, they have no one to blame—and no one to thank—but themselves. And whether they’re blaming or thanking, the one thing that’s certain is that they’re learning. Maybe not as fast as we’d like, but it’s happening, somewhere in the background.

Give those punks direction. Twice. Three times. And when doing so, explain what will happen if they take your advice or not.

After that, this kid was on his own. When he came home at the end of the day, I revisited: “Were you cold? Did your friends get to play soccer because they had coats on? You missed out because you decided not to wear your coat!”

There’s teaching your kids to look people in the eye, shake hands, say please and thank you. Then there’s trying to help your awkward, spazzy 11-year-old navigate his tweens. As a former awkward, spazzy 11-year-old, you’d think I would be a huge help, but my son won’t hear it. What looks to me like a maze is more like a game of emotional pinball for him. I can draw the kid a map, give him suggestions, anecdotes, and lots of hugs, but he’s determined to ricochet his way through.

The trick is to instill the habit of starting with other people’s feelings, and working backward from there. That’s not necessarily every kid’s impulse, and rewiring that system isn’t quick or easy. With my kid, I’ve tried to connect how other people might react to his own feelings, in the hope that it will become second nature. “If you tell your friend he sucks at Fortnite, how will that make him feel? How did you feel when he told you you suck at soccer?”

It’s well-documented that independence fosters self-confidence, resilience, and creativity in kids, and eliminating the obstacles and risk from childhood hampers the development of effective decision-making. Julie Lythcott-Haims, author of How to Raise an Adult: Break Free of the Overparenting Trap and Prepare Your Kid for Success, says in her TED talk, “with our overhelp, our overprotection and our overhand-holding, we deprive our kids of the chance to build self-efficacy which is a really fundamental tenet of the human psyche.”

This is going to be news to exactly nobody, but parenting entails a hell of a lot of patience and humility. It’s painful to admit that we can’t control everything, and it’s even worse to watch our kids go through hard times. But tears and Band-Aids are parts of childhood. Very important parts of it.

I’m obviously a big fan of dads. I do think we are necessary and influential, and have the power, responsibility, and privilege to raise positive members of society. But sometimes that means getting out of their way.

* Yes, that’s a quote from the movie Speed. No, I’m not ashamed.

Facebook21Tweet5PinEmailShares26
wpDiscuz
Share this ArticleLike this article? Email it to a friend!
Email sent!