Get Daily Email
Join/Login CLOSE
Home / Featured Content / Love or Fear (Or, Which Path Will You Choose?) 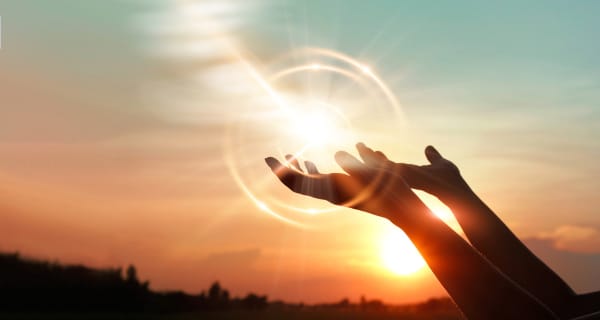 Disclaimer: Remember in my first blog when I asked my readers for one favor – read with an open mind? Well…

With that out of the way, let’s jump right in!

As you know from my radio interview, I’ve spent a great deal of time wrestling with many of the tenets of my Christian faith and attempting to reconcile that background with my burgeoning spirituality. Questions that have no easy answers include:

There are many more, but that is a pretty good start. As I’ve said before, I don’t take issue with Jesus’s message. However, I believe that his message has been misinterpreted, to the detriment of all believers. This misrepresentation is grounded in a number of factors, not the least of which include:

1) The authors of the Bible (their memories and various perspectives)

3) The significant difficulty in accurately translating from Greek and Hebrew to English (there are tons of examples of incorrect Bible translations too numerous to mention in this blog post – see Dr. Joel Hoffman, author of The Bible Doesn’t Say That: 40 Biblical Mistranslations, Misconceptions, and Other Misunderstandings for starters).

Basically, it boils down to the fallibility of human beings.

For me, the primary issue (as you can tell from my tagline), was that of fear. No, as a practicing Christian I didn’t walk around being afraid of everything. Yes, the members of my church were loving people! But, ultimately, Christianity’s theme (not Jesus’s original message) is one of control through fear – we behave ourselves (like good children), because we are afraid of the consequences.

Back in 2006, Dateline NBC interviewed retired Episcopal bishop John Shelby Spong, and he had an interesting take on the Church:

To me, he hit the nail on the head (at least MY head)! Human beings operate – in all areas of life – based on a system of behavior control through the mechanism of punishment and reward. Parents exert control over their children, governments control their constituents, bosses control their employees – it’s how we live! Why would we expect religion to be set up any differently? After all, religion is a man-made institution.

I believe in an unconditionally loving God, a God with whom I will reunite upon the death of my earthly body, regardless of the choices I make in this life, because I believe His promise of Free Will.

In the following quote, Bishop Spong clearly enunciates my Truth about God – the beauty, mystery, and extraordinary nature of God:

The idea that the truth of God can be bound in any human system, by any human creed, by any human book, is almost beyond imagination for me. I mean, God is not a Christian. God is not a Jew or a Muslim or a Hindi or Buddhist. All of those are human systems, which human beings have created to try to help us walk into the mystery of God. I honor my tradition. I walk through my tradition. But I don’t think my tradition defines God. It only points me to God (Spong, 2006).

On that note, I want to thank you for reading. Thank you for opening your mind and heart to the possibility that God is more than any human being could EVER attempt to define, regulate, interpret, or pigeon-hole.

Facebook28Tweet2PinEmailShares30
wpDiscuz
Share this ArticleLike this article? Email it to a friend!
Email sent!