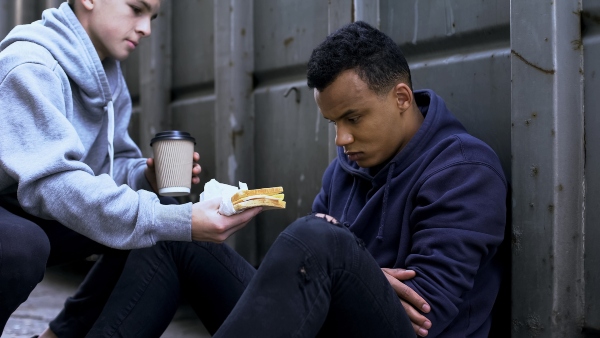 —
Different kinds of land titles and other reforms in forest-dwelling communities in Indonesia, Uganda and Peru have generally improved people’s lives – but food insecurity is still a widespread problem, a new study suggests.

The research – presented in a new InfoBrief – was part of the Center for International Forestry Research (CIFOR)’s Global Comparative Study on Forest Tenure Reforms. Researchers divided the different types of tenure reform into three groups: customary, or informal land title; reforms that designate forests for community use on a temporary basis; and full ownership, where communities receive a property right to the land in perpetuity.

“For groups with customary or historical claims to an area, to get your title is a huge milestone, it can be very meaningful, and offer more security over the long term. However, many communities see formal land title as a stepping-stone to improving their lives, but our study suggests it doesn’t necessarily lead to this on the ground.”

The researchers surveyed 55 communities in three continents: 22 in Peru, 16 in Uganda and 17 in Indonesia. A total of 2,075 household surveys and 164 focus groups were conducted separately with men and women, while 136 key informant interviews were done with village leaders.

The results showed some reform is almost always better than no reform when it comes to livelihoods.

The most positive improvements were seen in land designated for community use in Uganda (47 percent of those interviewed said their income had increased since the reform) and in community-owned land in Peru (45 percent).

That suggests it is not the type of regime (land owned versus designated) that determines the outcome, but rather the priorities and particular policies applied to each site. Context also matters: the respondees in Uganda live and work in the country’s “bread basket” and were benefitting from a price hike of their food products, which they sold at market.

Still, even in the communities with some form of formal land tenure, the researchers found strikingly high levels of food insecurity.

Between 38–57 percent of people living within reform sites had trouble feeding their families for some part of the year (compared with 41-84 percent in customary tenure sites). In addition, although many people reported improvements or no change, 20–33 percent reported declines in farm income since the reforms came in.

“I think that is amazingly high,” Larson says. “Obviously these are rural communities and often marginalized groups, but it is shocking to have so many people experiencing some kind of food insecurity during the year.”

This question has been a blind spot in discussions and research about land tenure – and it matters, Larson says. “Food insecurity is a big problem. It has the potential to undermine people’s tenure security, their future, their ability to remain on their land over the long term.”

When people aren’t feeding their families, they’re likely to send their young people out of the community to look for work, Larson says.

“That doesn’t create a secure community or self-determination or long-term cultural survival. Their ability to maintain healthy cultures and livelihoods into the future is going to be impaired if the livelihoods problems aren’t addressed.”

“If you have someone violating your borders, stealing your timber or using your land, then having a title should improve that – however, it also means somebody has to enforce it, and that doesn’t always happen”

Most land tenure reforms are specifically focused on rights or conservation, Larson says. The study shows they also need to specifically target livelihoods.

“The priority is not usually ‘establishing strong indigenous communities and allowing them to use the forest for their livelihoods,’” she says. “So you end up with very strict rules around forest use, especially logging.”

Establishing livelihood and food security goals as an objective of reforms with targets and indicators is a first crucial step. For livelihoods to improve, people either need new sources of income, or to address problems that are impeding their progress.

“If you have someone violating your borders, stealing your timber or using your land, then having a title should improve that – however, it also means somebody has to enforce it, and that doesn’t always happen.”

Governments could assist with that enforcement, or help villages to establish small-scale enterprises or community forestry – whatever locals think is needed.

“We’re not talking about encouraging more petroleum or mining exploration, or the government coming in and telling people how to run their affairs. Communities should be deciding what they want for their livelihoods – the state should be providing the enabling conditions to make that happen.

Better coordination between the various branches and levels of government is also crucial, she says. For example, titling offices, especially if these are subnational, don’t often work with national forestry offices. Forestry offices don’t work with agriculture departments, and so on.

Importantly, more research is needed. This study was based on just a few questions in a broader survey – but it’s sounding an alarm, Larson says.

“The fact that we’re not seeing much difference between the more secure form of land reform (ownership) and the weaker one (use rights) suggests that something is not working – the title alone is not enough.”

“We need more research on reforms and food security to understand what’s going wrong – and where livelihoods are improving, to learn what we can from those cases to make all reforms better.”