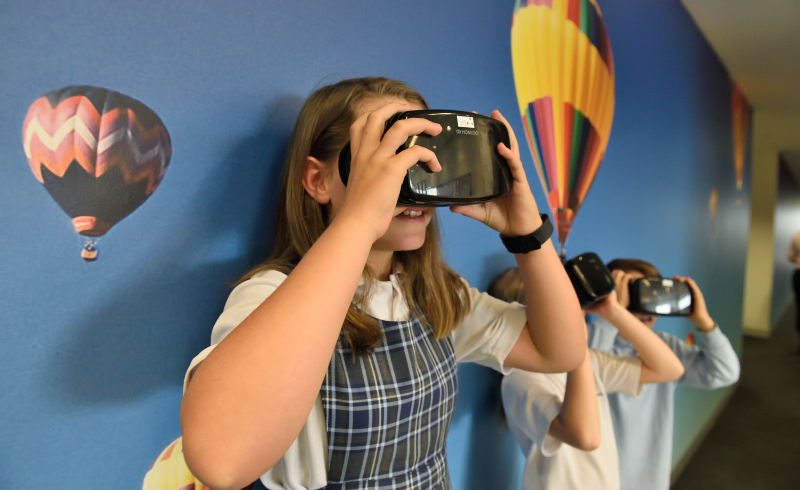 During times of stress, discomfort and enforced rules, it’s perfectly natural to feel trapped, frustrated and disempowered. But for children, their feelings, and subsequent memories, are primarily defined by caregivers throughout.

I’ve given a lot of thought to how social distancing and total lockdown would feel if my own kids were young and still at home. Being a realist, I know that extended periods stuck indoors can be stifling and relentless. Not to mention the additional stressors around health, work, finance, education, relatives and day-to-day practicalities that are prevalent for millions of families right now.

But there’s a recurring theme coming out of this strange new era. Photos and videos of kids and dads and mums doing things they’ve never done before. Starting projects to keep their minds active, challenging each other to try new things, learning new languages or crafts or skills together. It fills me with nostalgia when I’m reminded of those memorable moments with my own.

During the early years, around the ages of five and six, we went through one of those inevitable periods of what felt like a constant run of ailments and injuries.

The eldest seemed to have a knack of landing head first on hard surfaces and fixed objects at great speed, with the expected disastrous results and ensuing periods of rest. And, despite having his tonsils and adenoids removed in toddlerhood, the youngest seemed to pick up every pharyngeal, laryngeal and bronchial infection possible. Almost as often as he picked up his collection of miniature characters and organised them into colour coded groups depending on the day’s mood.

In true “new schooler” style, they attracted every microbe circulating the district, and we spent several clusters of days confined to the house until they felt better.

When the highly anticipated “Royal Show” came around that year, the excitement was palpable after weeks of chatter amongst their groups of friends. Any Australian adult will recall the frenzy of anticipation this local fair could generate. Much dreaded and maligned by parents, grandparents and caregivers, these gatherings were the highlight of almost every child’s year.

An entire week of fairground rides, often questionable in structure. A plethora of farmyard and native animals, to be prodded and harassed by tens of thousands of pairs of hands daily. Showbags full of product samples and sugary treats to be collected by little humans, unaware of their extortionate cost. Street food, without the culture and range of tastes we now expect from vendors in that niche, made with unknown meats, battered and deep-fried by way of disguise.

Despite any drawbacks, the biggest reward was that of seeing their faces light up. Their excitement and sense of adventure at the vomit-inducing roller coasters. The introduction of suburban kids to furry creatures that were almost non-existent in their daily lives. Salivation over the show bag catalogue arriving in the mailbox, in the preceding weeks, as they deliberated over the themes and contents available. Walking, hand in hand, following treasure trails and yellow brick roads. Devouring greasy treats that made their hearts happy and their bellies sore. It all fell nothing short of happiness.

Plans were made with other parents. How to travel there, where to meet and which direction to traverse the busy crowds. Schools closed on staggered days so that as many families could attend as possible. Public transport stepped up to provide more buses, trains and options than usual to streamline traffic.

It was a pretty big deal.

So the year that tonsillitis and the beginnings of an abscess struck the eldest with a vengeance, it became apparent that attending The Royal Show was unlikely. Mid-way through the week-long event and the day before our group of friends were venturing in, we called time on our plans.

To say that both boys were devastated is an understatement, they were absolutely crushed. The highlight of the year was not going to happen for them, but all of their friends were donning backpacks and filling water bottles for the trip. They had always been resilient, stoic little humans, with no sense of entitlement, so it was even sadder to see.

I decided to scour the house for anything that could pass, even remotely, as a fake “attraction.” Loaded the patient up with his penicillin and paracetamol, then headed out to the supermarket. A quick trolley dash later, in the guise of buying groceries, with some shiny packets of treats hidden amongst vegetables, we arrived home. The good old faithful Jungle Book DVD was set to play, and I started work on my plan. They were oblivious as they escaped into the world of Mowgli and Baloo.

That afternoon I did all of the drawings, cutting and sticky taping necessary to make signs and arrows. Wrote out instructions, maps and treasure trails. Made up show bags emblazoned with pictures torn from magazines and comics. Collected cuddly toys and plastic farmyard animals. Blew up balloons and dug out the least Christmassy of the festive decorations so that they could be passed off as simple garlands.

Once they had gone to bed, the work really began, and I spent the night turning our lounge room into our own royal show.

Miniature figurines were lined up to be knocked down with ping-pong balls. Our petting zoo came alive with the faces of favourite toys and exotic creatures from land and sea. A “pin the ears on the Shrek” poster appeared, with the obligatory blindfold, on the back of the door.

Yellow brick road arrows were placed down the hallway, through the kitchen and outside for the treasure trail. A giant ex-display Freddo Frog container from a garage sale was stealthily removed from their bedroom, then set up to catch objects thrown from a distance. Hot dogs and mini burgers were prepared. Juice boxes chilled in the fridge.

When everyone awoke the next morning, it was excitement all round, they were so happy. I was glad to see the excitement of the things I’d thrown together. We had a morning full of music and laughter and fun.

(While the description of homemade attractions makes it sound like a fairytale cornucopia of magical delights, it wasn’t even close. In my eyes and in the photos I look back upon, it’s actually pretty lame, but they truly loved it, and I loved them all the more for that.)

Fast forward another ten years or so, when we found ourselves in a bit of a sticky situation. With a sixteenth birthday coming up, amid some pretty challenging life circumstances and extreme sadness, I was at a bit of a loss. We needed something to break the dark spell on a very tight budget.

A couple of days beforehand, the youngest called me at work with a suggestion. While at home in an empty house for the next couple of days, he wanted to make a “Royal Show” birthday. I wasn’t too sure how to respond, but I was genuinely surprised that he thought this was a good idea.

We had previously laughed fondly at the memory from their childhood, but I hadn’t realised just how much it had stuck with both of them. But he explained that both had always considered it one of the best days of their lives. If he could re-create that feeling, it might be just the thing to lift the mood and make his brother feel special when he needed it most.

Those moments when emotion catches our throats and makes our eyes well up are breathtaking. Never had I imagined that enforced time together, at home, despite missing out on exciting plans, would have had such a profound effect.

That two little children had been able to see the value in “making do” at such a young age. That they still cared so much for one another even at fourteen and fifteen. That he would risk being laughed at by friends for what their peers may consider childish or lame. That something clumsy and makeshift from their past could potentially soothe a turbulent teenager’s present.

The realisation actually stopped me in my tracks and derailed my thoughts for the rest of that day.

He walked down to the local shop with his meagre savings and the emergency cash I had left at home. Purchased sugary treats and balloons. Prepared mini hot dogs and burgers. Made a sign for the petting zoo with a plan to coax our two dogs into their storm cage beneath it.

Drew a “pin the tail on the Jack Russell” poster for the back of the door. Wrote out instructions and maps for a treasure hunt outside and hid prizes in the scary outdoor cellar under the stairs.

The night before, while his brother was sleeping, he set up a “Game of Thrones” cinema behind balloon strewn gates made from our clothes airer. Hung the least Christmassy of the decorations to make the room bright and cheerful. Then went to sleep.

The next morning was everything but lame.

That birthday turned out not only to be one of the most memorable, but it became a defining moment. One that drew siblings even closer than they had been before.

Few sights have tugged at my parental heartstrings more than watching this teenager crouch down, at a pretend petting zoo, in our lounge room, fighting back tears as he laughs at the spectacle and feels the love.

Being stuck at home is never going to be sunshine and roses. But occasionally, the enforced removal of all other options can give us a surprising and unexpected gift, just the right amount of space to create the happiest of times.

Got something you’d like to spend time on with your kids?

Pick a free or inexpensive project so it creates value of its own.

No matter their age, almost all little humans want to be part of something special with their parents. Even if the older ones won’t freely admit it, they crave that sense of belonging just like the rest of us. So bring them in on the idea and find an interest to share when going out is not an option.

Start now and see just how often your kids bring it up in conversation, both now and in the future.

Author, parent and paramedic with a passion for the human factors shaping everyday lives www.tammiebullard.com 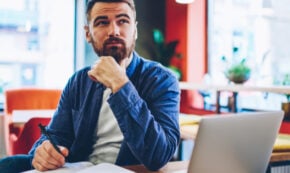 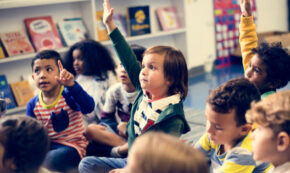