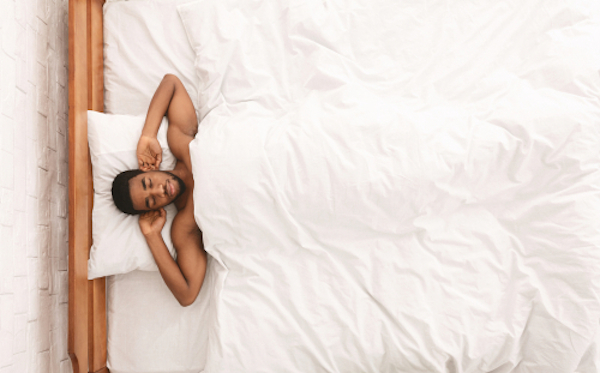 Honey, you do not need to be bringing a batch of rolls and dessert to Thanksgiving dinner, you need a wedding ring on your finger and a husband.

Dude, you do not be coming in here with a dog. You need a woman on your arms.

When are you going to decide to settle down and consider getting engaged?

You need to get a life and get married.

He/she is almost 30 and they are not married. I wonder what is wrong with them?

You are not married, you must be so lonely and feel miserable and so on…

Over my more than half a century of life, these are just some of the comments I have heard from other individuals who have recited stories of rude, obnoxious arrogant, opinionated individuals ranging from relatives, friends, acquaintances and in some cases, total strangers! To be sure human beings are an intensely opinionated species. This is particularly true when it comes to marriage.

Indeed, it seems that more than a few people have little, if any, reservations in weighing in on the subject of holy matrimony. Psychologists, sociologists, sex therapists, psychotherapists, health therapists, average Joe’s, plain Jane’s and other assorted folks. One thing is for certain, there is no shortage of opinions on the topic.

Stand up comedian and host of the popular and controversial HBO program, Real Time With Bill Maher is one high profile person who has been intensely outspoken on the issue. In an interview with British celebrity and media personality, Piers Morgan, and in an amusing, yet candid discussion with fellow comedian and talk host Chelsea Handler, both entertainers discuss what they saw as society’s obsession with marriage, children and family hood in general.

During the interview, Morgan asked Maher how he managed to evade getting hitched. Maher, to his credit, did not dance around the issue or pull any punches. He stated without apology that he never was interested in getting married and has no regrets about never doing so. On his own program both, Maher and Handler were adamant, passionate yet humorous in their position of not wanting to walk down the aisle or have a spouse.

It was notable by the reaction of audience members that they had hit a nerve.

There were pockets of applause throughout the crowd, but there were considerable silence and nervous laughter from more than a few people. It was apparent that Mr. Maher and Ms. Handler had waded into awkward territory and, moreover, had done so by espousing politically incorrect comments. What was intriguing to me was the fact that people appeared to be so uncomfortable with two other adults stating their positions, albeit candidly and unapologetically. The fact was neither Maher or Handler were rude or outright blatantly disrespectful to people who were married or were pro-marriage. Rather, they just voiced their own viewpoints as they were certainly entitled to do.

To be sure, Bill Maher and Chelsea Handler are certainly not the only celebrities or Americans who are unmarried. Millions fall into this category. In fact, recent studies indicate that over the past few years that the number of single people in America outnumbers that of married individuals.

There are likely a number of reasons as to why this is the case:

There are other reasons to be sure.

The truth is that for some people, marriage is wonderful as well as appropriate. They possess all the crucial attributes necessary to succeed in such a union. Moreover, some of them will have happy, healthy, successful marriages. The loving, doting spouse, a happy home life, perhaps eventual children and all the other trappings that can accompany married life is ideal for them and suits them just fine. God bless them and more power to them!

Others will attempt to duplicate a similar scenario and fall woefully short in their efforts. This does not mean that they are any less responsible or worthy than their happily married counterparts. What such an end result does symbolize, however, is that marriage is something they may want to seriously reconsider, particularly if they have been married more than twice.

Truth be told, historically speaking, previous generations put so much effort and investment into the institution of marriage due to a plethora of factors. For many women, marriage was a bridge to a degree of stability. Opportunities for women in the workforce were limited. Some professions were off-limits and being married to an upwardly mobile husband was often one of the few paths of financial stability. Fortunately, today, this is no longer the case for a sizable growing percentage of women.

There are other people who feel that they are less than complete without a committed partner.

They see marriage as making them legitimate. Despite whatever level of drama or dysfunction prevalent, they will remain in such a relationship. Some of this is also due to being insecure or fearful of being alone.

For the longest time, adult single people were often looked at as freakish oddities, social deviants, tragic figures, misfits and other sorts of aberrations. As time has progressed, such previously retrograde held beliefs have incrementally dissipated and will likely outright be dispelled with progress. The fact is that not everyone needs to be or even should be married. For those of you who feel the need to inject your thoughts into the lives of other people’s relationship status, unless they solicit your advice, mind your own business and tend to your own affairs! Period!

Elwood Watson, Ph.D. Is a professor, author and public speaker. He is the author of the forthcoming book Today’s Man: Essays on 21st Century Masculinity that will be published by Connection Victory Publishers.

Facebook118Tweet4Pin1Email3Shares126
wpDiscuz
0
0
Would love your thoughts, please comment.x
()
x
| Reply
Share this ArticleLike this article? Email it to a friend!
Email sent!