Elwood Watson Ph.D. is a Professor of History, Gender Studies, and African American Studies at East Tennessee State University. He is the author of three books: Outsiders Within: Black Women in the Legal Academy After Brown v. Board (Rowman and Littlefield); Understanding The Humanities (Kendall Hunt, 2014); and Keepin' It Real: Critical Essays on Race in Contemporary America (University of Chicago Press, 2019).

His forthcoming book, Talkin' To YOU, Bro!: Liberate Yourself from the Confusing, Ambiguous Messages of Contemporary Masculinity (Lasting Impact Press) is scheduled for early 2021. (Get updates here: bit.ly/ElwoodDavidWatsonBooks)

NOTE TO MEDIA: To arrange an interview with Dr. Watson, please email his publisher at [email protected]

It does not take a rocket scientist to realize that such a flippant remark would invite more than a minimal level of response.

These are the whites, particularly those who are lower income.

Ask an Ally: Traditional masculinity is often such a big part of men’s identity that when you call out anything that might be harmful about rigid gender roles, they seem to go haywire.

By no means, should one dismiss the importance of science, math, technology, engineering and other stem-related fields?

Seldom, if ever, do we see Black people in our society granted even the most minute level of absolution.

Charges of being “anti-American”, “racially divisive, and “hate-filled” have been leveled at those who highlight issues of prejudice in American society.

What each of these retrograde individuals had in common was the fact that they are millennials.

Generation X resides in one of the core ways we define ourselves: ambivalence. As the middle child nestled between two larger generations, we tend to shy away from attention, yet yearn to be recognized.

The question is not whether America is a racist nation but whether we need to utilize legislation, government programs, and other forms of protection to target racism.

How many citizens of color, who have encountered similar situations as George Floyd, have been left without justice?

The character assassination of George Floyd as a wayward criminal is representative of a long list of historical stereotypes people harbor about Black men.

This was a 90-year-old southern Black woman! She knows the contentious and often all too violent history of Black people and law enforcement!

“From its inception in 1921 to the present, the competition that overidealized femininity has earned admiration from many and intense disgust from others.” 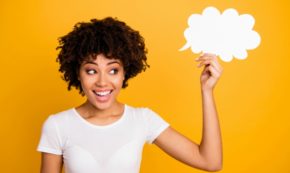 Her level of talent, intellect, insight, skill and other assets were unparalleled.