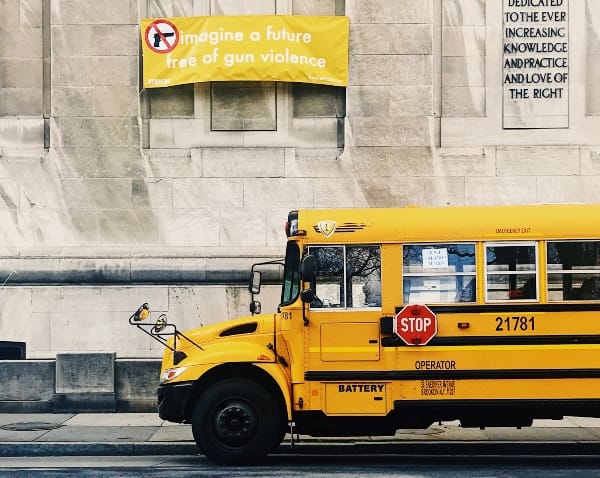 I want to write about mass shootings and gun control, but where to start?

Before Columbine and many of the 250 other mass shootings we’ve had in America in recent years, I talked a guy down who was waiting in front of the school where I worked and where my son attended.

The man was waiting for his estranged wife to arrive to pick up their children. A school bus driver alerted us that he had a gun. This was before 2004, when congress allowed the assault weapons ban to lapse, so assault weapons were still illegal. He carried some type of handgun, which I watched him slip into his pocket as I approached.

My approach as a trained therapist and an Aikido black belt was to walk toward him slowly and talk as softly and non-threateningly as I could manage. There is no actual defense against a gun. I was terrified, but also angry. Showing either feeling was not an option. I don’t even remember now what I said to him, or what we talked about.

Probably about his children, in an effort to get him to focus on the damage to them if he shot their mother or anyone else in front of them. Of course, we had kept all the children inside so that wouldn’t happen, but he didn’t know that. Luckily he didn’t attempt to enter the building. In the late 1990s we had yet to practice lockdowns, and just held all the children inside. I’m not even sure they locked the entrance after me when I walked out. Surely they did.

I talked with him until the police arrived. Fortunately for me and for him, he didn’t draw his gun out again. If he had, it could have become suicide by cop. And if my talking with him hadn’t worked, any incident evolving might have been considered domestic violence, which isn’t counted as a mass shooting, even when more than four people die. It would definitey have been considered domestic if he “only” shot his wife, and then himself. Or, he might have left my son without a mother, and possibly shot other parents waiting in the pick up line, leaving their children and his own without parents.

I don’t know what happened to him after the police took him away. He may have owned the gun legally and had a license to carry. If so, maybe they simply took him to a hospital’s psych ward. He was ordered not to come back to the school his children continued to attend. We never saw him again.

Unlike the gunman at our school, the shooters are often “children” as well. Even though most are considered adults in their late teens and early twenties, we know the prefrontal cortex in males doesn’t fully develop until they are around 25. How are we failing those who at 17, 18, 19, 21, go out and commit mass murder? One certain way we have failed them is by making guns and assault weapons too readily available.

Fatalities have increased in schools and other mass shooting locales since the ban on assault weapons was lifted in 2004. That’s simple math. Perhaps if, when the men and women of Congress attended school, shootings had been as prevalent, they would have more impetus to apply the math they supposedly were taught to mass shootings. And not only by counting the number of fatalities and wounded, but by counting the 500 to 1,000 rounds per minute that can be fired from assault rifles and other assault weapons.

My story has a happy ending, unlike the ones from Sandy Hook Elementary, Columbine High School, Parkland High School, Stoneman Douglas High School, Santa Fe High School, Red Lake High School, Stockton Elementary schoolyard, Rancho Tehama Reserve, West Nickel Mines Amish School, Westside Middle School, Marysville Pilchuck High School, Thurston High School, and Lindhurst High School. And that is only the list of elementary, middle and high school shootings. It is unbelievable to the much more naive person I was, who walked up to a father with a gun, that an article like this and all the others about the killing of our children have to be written.

Facebook9Tweet2PinEmailShares11
wpDiscuz
Share this ArticleLike this article? Email it to a friend!
Email sent!