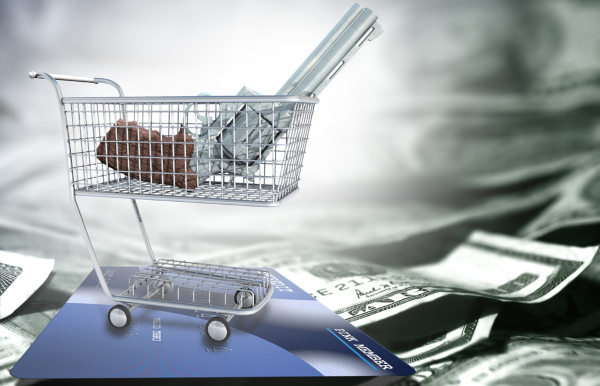 Kelly’s remarks, made in the aftermath of three mass shootings in California, Texas and Ohio that left a total of 31 dead, appeared to be a response to a SumOfUs campaign calling on Visa to report unusually large purchases of guns and ammunition, which are “red flag” activities that often precede mass shootings.

“Visa CEO Alfred Kelly’s cruel remarks are a slap in the face to the victims and survivors of mass shootings. Guns aren’t soda, and no one needs an arsenal of military-grade weapons for legitimate purposes like self-defense or hunting. By making one simple change — red-flagging excessive and erratic purchases of guns and ammunition — Visa could help save hundreds of lives,” said Reem Suleiman, campaigner at SumOfUs.

“I don’t know of anyone being killed by someone with a 2-liter bottle of soda,” said Michael Cronin, Associate Pastor MCC San Francisco and Founding Member of Gays Against Guns SF.

In the last decade, more than two-thirds of the deadliest shootings were financed with credit cards. Credit card companies like Visa have the power to stop mass shootings before they start by reporting erratic purchasing behavior of credit card users. Yet, CEO Alfred Kelly compared buying a gun to buying a soda.” said Scott Roberts, Criminal Justice Senior Campaign Director at Color Of Change, “Today, Color Of Change, along with SumOfUs and Gays Against Guns, rallied at Visa’s headquarters in Foster City, CA to protest the company’s refusal to report purchases with suspected links to mass shootings — similar to what the company currently does with purchases linked to suspected money laundering, terrorism, and other crimes.”

SumOfUs and Gays Against Guns will protest in white veils and carry placards bearing the names of recent mass shooting victims at headquarters located at 900 Metro Center Blvd, Foster City, California. The groups will also deliver a petition with over 133,472 combined petition signatures from SumOfUs.org, MoveOn.org, and Color of Change, calling on Visa to report purchases with suspected links to mass shootings — similar to what the company currently does with large purchases linked to suspected money laundering, terrorism and other crimes.

In the last decade, two-thirds of the deadliest mass shootings in the United States were financed using credit cards, according to a New York Times investigation. The Pulse nightclub shooter, who murdered 49 people in Orlando, used six credit cards — including three Visa cards — to spend $26,532 on guns and ammunition in the lead-up to his crimes. Several payment companies including PayPal, Square and Apple Pay currently block gun sales using their platforms.

“If you’ve ever received a fraud alert on your credit card, you know how easy it is for credit card companies’ sophisticated software to track and analyze your purchases,” said Reem. “We’re asking Visa to do its part to prevent the next mass shooting. Banks are legally required to report large purchases with suspected links to crime, and they already monitor purchases that raise red flags for money laundering and terrorist funding. We’re simply asking Visa to add mass shootings to that list.”

This post was previously published on SumOfUs and is republished here with permission from the author.

SumOfUs.org is a global movement of consumers, investors, and workers all around the world, united together to hold corporations accountable for their actions and forge a new, sustainable and just path for our global economy.