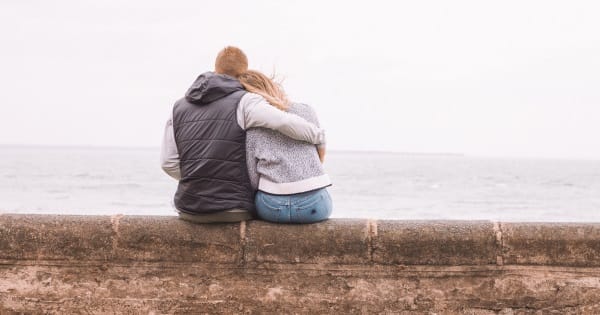 Emboldened by the placement of two Conservative justices on the Supreme Court, state legislatures have begun racing to become the test case for overturning the landmark Roe v. Wade case. Alabama has passed perhaps the most extreme of these laws, effectively banning all abortions without exception. Georgia’s law appears to cover miscarriages as well as abortions. Quite a few other states have passed or are working on legislation that appear to be on-their-face violations of the Roe v. Wade decision.

I’ve noticed that, on my social media stream, so many men are as silent as they were during the peak of #MeToo. It’s understandable that men would want to step aside and let women do most of the talking, and we should. However, we shouldn’t be completely silent.

So what should we say?

First of all, consider the subject of abortion itself. I firmly believe that abortion should be a fully legal medical choice up until the point of birth. It should be a decision between the pregnant person and their medical professionals.

I used to have a more nuanced opinion, based on viability and trimesters and so on. Why did I change my stance?

Time and again, research has shown that the typical reason for abortions during the first half of pregnancy is much different than during the second half. People who are going to have an abortion because they simply don’t want to have a child very rarely wait until the third trimester to make that decision. Late-term abortions are overwhelmingly due to medical conditions that risk the life or long-term health of the fetus or the parent.

In those rare cases, we could have laws that consider case-by-case scenarios, but why? Why not place the trust in the person carrying the fetus and their medically trained professionals? If we don’t trust them to make a rational, reasonable decision about abortion, why are we trusting them to raise a child?

And certainly if you are incapable of becoming pregnant, as I am, as the overwhelmingly majority of men are, what right do you have to dictate the conditions under which that pregnancy might end?

You might believe that abortion kills a Gift from God, a living being. Fine. Then don’t have an abortion.

You might believe that loose abortion laws allow for abortion-as-contraception. Fine. Then don’t have an abortion.

You might believe that abortion laws that disregard the will of the father are sexist. Fine. But until science allows the fetus to be transferred between bodies at will, sorry, it’s not Dad’s choice.

So this is what I think people who are incapable of getting pregnant ought to be saying when they want to start listing restrictions to abortion: Absolutely nothing. Keep it to yourself. It’s not your decision to be making.

That doesn’t mean the men have nothing to say.

This current drive against abortion is characterized as being about the sanctity of life. It isn’t. It’s about “making America great again” by returning to a time when women and people of color had no rights.

By placing the rights of the fetus above the rights of the mother, by making it a felony to have an abortion or even a miscarriage, politicians are saying that pregnant people are ultimately the property of the state.

I’ve been concerned about the transgender erasure that has been going on, where women have been telling men to stay silent. There are trans men who have had children; trans women can’t.

But as I listened, I realized that, for the people pushing these laws, it is entirely about “men” and “women”: In this dialogue, the transgender erasure is not surprising because, for them, transgender people don’t even exist.

For the so-called “pro-life” side of the argument, the side that is more properly called “forced birth,” it’s part of a greater war on women. The timing is certainly related to the placement of Brett Kavanaugh on the Supreme Court, but it’s also part of the backlash against the #MeToo movement.

So, men, where do you stand on this battle front?

What we should not express our opinions on: What restrictions there ought to be on abortion, unless it’s to say, “Leave it up to the pregnant person and their medical professionals.”

What we absolutely should express our opinions on: That we will fight. That we are not going to let women suffer while we sit silently by. That we are disgusted by these attempts to oppress people.

If all you’re comfortable saying is, “I support women and decry these attempts at oppression.”: say that. Say only that, perhaps, if you’re likely to screw anything else up. But at least say that. Do not stay silent.

This isn’t about men vs. women. This is about seeing everyone as a human being equally worthy of respect vs. perpetuating a system of subjugation based on perceived gender.

Which side are you on?

I mentioned race briefly above. The emphasis of this essay is gender, but I want to follow up on that.

Abortion restrictions tend to have a greater negative impact on people and communities of color because of our racist criminal justice system and our classist (and racist) medical health system.

I believe another driver to this issue on the forced birth side is the fear that, in the next few decades, white people will no longer be the majority in this country. A white person who wants to abort their child is an affront to the goal of maintaining supremacy.

Georgia’s law, which makes it a felony with a 99-year sentence to get an abortion, is a win-win for the white male power elite. Pregnant white women are rendered property of the state for the duration of their terms. Black women who abort are made into felons who are then stripped of liberty and voting rights.
—

—
Photo by Maddi Bazzocco on Unsplash

Facebook774TweetPin3EmailShares777
wpDiscuz
0
0
Would love your thoughts, please comment.x
()
x
| Reply
Share this ArticleLike this article? Email it to a friend!
Email sent!