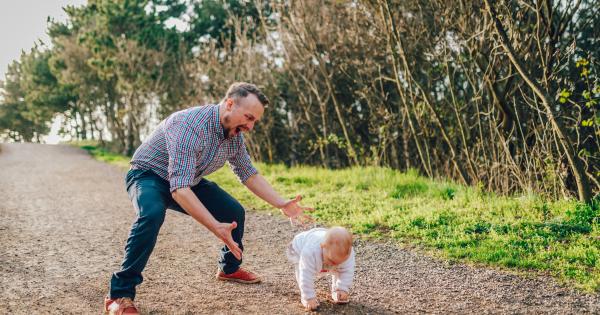 Urban legend suggests women are better at multitasking than men, but little evidence exists either way. Being behavioral and time-use scientists, I and my colleague, Charlene Kalenkoski at Texas Tech University, designed a laboratory experiment to gather some.

Our first question was even simpler: is it more efficient to do two tasks at the same time, or to do them one after another (in other words, does multitasking make economic sense)? Then we looked for evidence of gender parity, or lack thereof, in multitasking performance: does one gender outperform the other?

Multitasking is possible when the things you’re doing do not require 100% of your concentration all the time, which is arguably true of such tasks as cooking, cleaning and looking after a baby. Some types of tasks can be done almost completely on autopilot, allowing something else to be done at the same time. Despite the contention in neuro-psychology that every lived experience of multitasking consists of myriad small instances of “task switching” requiring costly mental effort, common experience suggests that it is possible, for example, to make a phone call while folding towels without feeling overtaxed.

Our laboratory experiment set participants to work doing tasks on computer screens to test their abilities to be productive in two tasks at once. Both tasks were simulations of common household work tasks.

In the “baby care task”, each participant was shown a picture of a happy baby, together with an icon of a pacifier that had to be clicked when it appeared – at random positions on the screen, which changed at 2-second intervals – in order for the baby to remain in that initially happy mood. If the participant failed to click the pacifier button regularly enough, then the baby’s mood started to decline, an event signaled by the on-screen display of pictures of successively less happy babies, and unpleasant sounds in the form of increasingly insistent baby cry audible through the headphones that all participants wore.

The other task with which we faced our experimental participants related to laundry. We confronted our participants with an overlapping set of icons to represent an infinite pile of laundry, where each icon was one of three types: a man’s white shirt, a man’s colored shirt, or a woman’s blouse. The participant’s task was to drag and drop each of these distinct types of icons to the icon representing the appropriate wash-basket, which we informed participants were as follows: the hot-wash basket for men’s white shirts, the warm-wash basket for men’s colored shirts, and the hand-wash basket for women’s blouses. The economic incentive to sort the icons as instructed took the form of reward for correct sorting and loss for incorrect sorting. For each shirt correctly sorted, each participant received two experimental dollars in the baseline version of the experiment, and four experimental dollars in an alternate version. For each shirt incorrectly sorted, an equivalent number of experimental dollars was deducted.

We asked 207 experimental participants in the BizLab at UNSW Australia Business School first to spend a few minutes completing each of these tasks – baby care and laundry sorting – separately. Then, we asked them to do the baby care task at the same time as the laundry task, first at one reward level and then at the other.

Nearly everyone did the baby care task on its own “perfectly” – that is, keeping the baby as happy as it could be. Most, but not all, participants failed to replicate these perfect scores when they were doing the laundry task at the same time, and this was particularly true when the laundry task had the higher economic reward.

When we compared the performance of men and women, we found both to be equally good at performing the childcare and laundry tasks separately. But when multitasking, men maintained higher efficiency than women in the laundry task. Men and women performed statistically equivalently in keeping the baby happy.

Why might we have observed this difference by gender? Our results do not offer an explanation, so we can only conjecture. Do the women become more distracted when the baby becomes unhappy? Are the men engaged in the experiment more competitively? Are they just better at computer games?

Even if we were able to prove that women are not in fact biologically better than men at multitasking, it remains the case that, in the home at least, women do more of it than men. Perhaps women, who on average spend more time than men performing household tasks, become familiar with more tasks to the point that they can do them on autopilot?

We hope that future research about multitasking, housework, and gender will help to unpack some of these questions and put more “urban legends” to the test.

Photo by Peter Dlhy on Unsplash