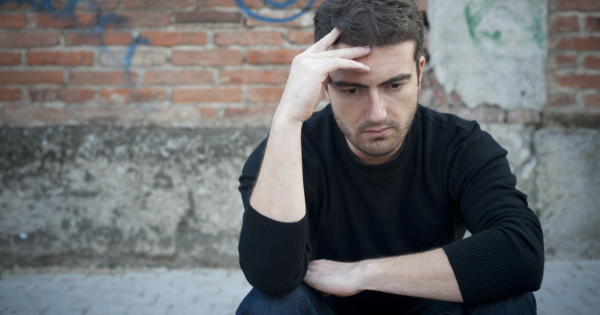 —
In a recent article on the Huffington Post, guest writer Tres Dean writes about being sexually assaulted by an intoxicated woman at a party. Notably, he writes that for years he didn’t identify the unwanted, repeated, and forceful sexual contact as sexual assault. I began to wonder how common an occurrence this is and to believe that it is much more common than we think.

It’s also caused me to want to make a personal statement. I too was sexually assaulted by a woman many years ago, and for decades did not identify it as sexual assault. In fact, the experience was so traumatizing and humiliating to me, that I have only ever shared details about it with one other person.

I was a very young adult, and the woman was a co-worker. I will only say that she caught me by surprise with physically painful, unwanted, sexual contact – and laughed at me as she did so.

If I had lashed out in retaliation, undoubtedly, I might have been charged with some kind of assault. At least that is something I hold true to this day.

So why didn’t I report anything?

I think I have some understanding of the many women who do not report sexual assaults. I am a strong supporter of the #metoo movement. I get it. First of all, I was utterly humiliated. I still feel a sense of shame about the incident, though I know there was nothing I could have done to prevent it.

For men, I think there is an additional stigma about reporting sexual assault. Manliness, in a culture built on fragile manhood, is tied to sexual power, conquest, and attractiveness. Being sexually touched by a woman should be a “score.”

There’s the fear that nobody would believe me, there still is. After all, I was a physically larger person with lots of martial arts experience. Couldn’t I have fought her off? Sure, except that she caught me by surprise and caused shock and physical pain I wasn’t expecting. As a child, I had the rule “never hit a woman” driven into my skull. Regardless, in the brief attack, I was unable to respond except to leave the area quickly.

Why did I not consider it sexual assault?

If I reversed the roles, if I did to her what she had done to me, and she had reported it, there is no doubt I would have been arrested. And I would have deserved it.

On average, men have more muscle mass and tend to be physically more powerful than women. Because standard heterosexual penetrative sex requires a man to get an erection, there is also the idea that a man has to be voluntarily aroused to have sex. I believe these two common mental paradigms work in unison as a mental block to understanding that men can be sexually assaulted.

Patriarchal social ideas about sex also play into this. Traditional cultural norms have virtually dictated that men are the initiators of sexual contact.

I’ve recently come to realize I was in denial about this incident for most of my adult life. I haven’t thought about it much. I guess I have avoided facing it. Writing about it now is emotional for me. Fear and shame are cropping up as I type these words.

It wasn’t until very recently until I identified this incident as a sexual assault. But that it was. I have been affected by it like so many other survivors of sexual assault. I want to talk about it now because I guess that many men have gone through the same thing.

Why do we need to talk about this?

I think any survivor of sexual assault needs to feel supported in talking about it to heal. Man or woman, the pain and the healing process are similar. The cultural forces working to keep everyone silent are not healthy for anyone.

Beyond that, the patriarchal cultural pressure that enforces the cultural norm that women cannot be sexual predators does a grave disservice to men and women alike.

I am reminded of numerous times I have seen news reports online of female teachers arrested for having sex with students. If the teacher is pictured is young and attractive the comments section is full of men verbally high-fiving the victim for “scoring.” When the teacher is male and the victim female, the comments section is full of people calling for death and castration.

When this happens, we take sexual agency away from women and place it all with men. This just perpetuates a culture which equates sexual prowess with masculinity and sexual purity with femininity. And how’s that been working out for us so far? Mostly not even aware of this negative cultural bias which pits men against women sexually in some kind of sick game.

We need to make it easier for everyone to talk about sexual violence, men or women. I believe there are many untold stories. The truth needs to get out to heal a sickness in our culture.
—

Bio: John D. Moore is a shamanic healer, spiritual teacher, and coach who focuses on helping others achieve a state of flow and ease in life. He writes about his own journey to mental and physical health using tools from different disciplines. He is a dad of twins, author, and martial arts black-belt.

Facebook12Tweet1Pin1EmailShares14
wpDiscuz
0
0
Would love your thoughts, please comment.x
()
x
| Reply
Share this ArticleLike this article? Email it to a friend!
Email sent!