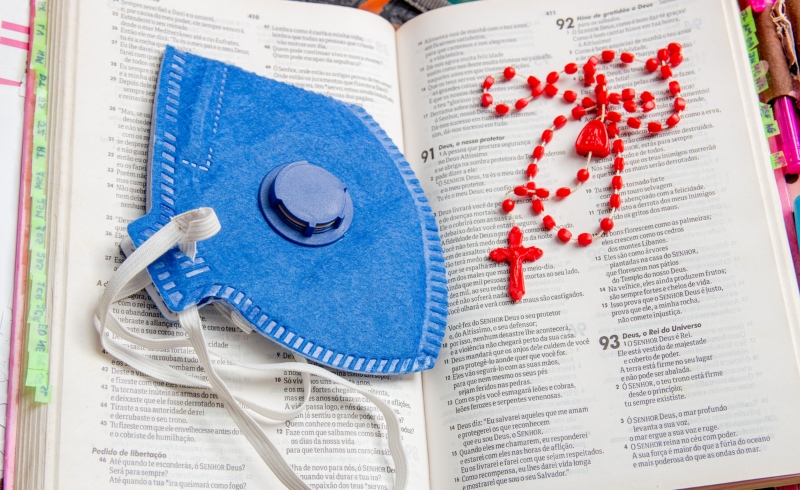 —
It seems that whenever the United States undergoes any trauma — take the war in Iraq and 9/11 as examples — folks who belong to the “religious right” try to tell people that the presence of gays and legal abortion were to blame. The same is being said today with the coronavirus pandemic.

It could be that the situation in which we find ourselves today is indeed the result of God’s judgment, but not in the way they believe. Rather, I suspect that He is judging much of the church on how we have always regarded the poor and powerless, which by the way is the second-most addressed issue in the Scriptures. Mind you, I’m not talking about “charity”; I’m referring to a general sense of empowerment, which would include adjusting the political system to allow folks to make their way without charity.

And guess what they would call that? “Socialism.” Which indicates to me that their own addiction to power, often practiced in the name of religion, sabotages the very spiritual awakening they say they want.

Let’s go back to the history of Israel, which remained in the Promised Land for 490 years but was exiled for 70. The number of years in both cases are significant — part of the Levitical law included returning parcels of land to their original clans every 50 years at part of the Year of Jubilee, but there’s no indication that Israel ever practiced that, the result being rampant economic and social inequality.

Today we have a president, supported by a majority of evangelical Christians who believe that “fake news” about the virus is designed to hurt him politically. This same president has shown no empathy toward those infected with the virus, insisting that his chief priority is getting the economy — that is, the stock market — going again and even saying that he wanted to see packed churches on Easter Sunday, which of course is just two blocks away. (Medical experts are saying that things will get worse, not better, over the next few weeks and likely beyond.)

And look just whom the quarantine is primarily affecting — folks who work in service industries such as restaurants and taverns, especially those that support live music (which means that many of my fellow musicians are out of work), as well as many retail outlets. And then you have overworked medical paraprofessionals, grocery store workers and warehouse employees, many of whom don’t make that much money in the first place and thus don’t own any stock.

I learned a couple of years ago that what we know today as the “religious right” was originally funded by industry groups. While there’s nothing wrong in itself with having money, even a lot of it, we seem to forget that whatever we have ultimately belongs to God and should be used for His purposes. It thus could be that depressing the stock market due to the coronavirus is another of His ways to let us know that we’re on the wrong track.

Sadly, I don’t think that message will be heeded.