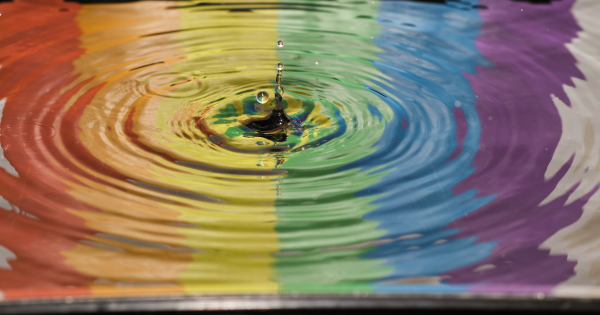 These days, LGBTQIA characters have a solid, increasingly even-handed presence in mainstream entertainment. In my childhood, they didn’t.

I can remember three TV shows in particular that shaped my perspective on gay and transgender men: All were sitcoms, and only one featured a truly gay man. Each contributed to and reflected on the message boys received about masculinity.

“Soap” (1977-1981) was a parody of TV soap operas. Nearly all of the main characters were over-the-top in some way. The sanest character, the one that was consistently played as low-key, was Billy Crystal’s Jodie Dallas, a gay man.

Jodie Dallas was the second openly gay character in a recurring TV role, and was a far more positive representation than the first. Out of context, Crystal’s characterization represented a huge step forward for the gay community. I’ve spoken to gay men my age who were heartened and inspired by Crystal’s depiction.

At the same time, though, I don’t think we can ignore the context. Other than Crystal’s usually subdued portrayal of Jodie, the other characters were campy and deliberately overdone. This leaves us with two interpretations: The ironic joke with Jodie’s character was that gay people aren’t inherently weird, or that the sardonic joke was that gay people are so inherently weird that there’s no need to add to that.

As I was exploring my own perspectives of manhood as a young man, my interpretation was the latter. I do understand how many gay men my age held the former interpretation. I don’t know what the intent of the show-runners was.

So it’s complicated. At the time, did the character of Jodie Dallas overall help or hurt? Some of both.

The other two shows certainly lack this nuance.

“Three’s Company” (1976-1984) was about two woman and a man sharing an apartment. In order to get their landlord’s approval for this arrangement, the three of them convince him that the man (John Ritter’s Jack Tripper) is gay.

This opens the door for a variety of cheap jokes about gay stereotypes, while Jack repeatedly has to prove his manhood behind the landlord’s back.

The premise itself is often forgotten. As the show continues over the years, the ruse seems increasingly thin; the landlord seems to realize it’s all a sham, but lets it continue because… well, because the show was popular and the landlord kicking Jack out would have compromised that.

Such is the nature of television.

But to my impressionable tween self, I was taught that gayness was a costume that was worthy of being mocked. I was taught that real, warm-blooded, straight men were horndogs. In retrospect, the show feels like a Mary Sue fantasy where an awkward man gets to be on his own private Gilligan’s Island with Ginger and Mary Ann: The ultimate fantasy for the sort of man I was expecting to become.

Hidden in this was also an emerging complaint from the White man: The culture was becoming stacked against him. Finding cheap housing was difficult unless you were a woman or not White. Granted, this was only a subtext of “Three’s Company” that was quickly set aside in favor of slapstick and innuendo.

The first truly transgender character appeared on “The Jeffersons,” while “All in the Family” featured a drag queen that is killed in a hate crime (“Edith’s Crisis of Faith,” 1977). The character of Beverly LaSalle, Edith’s friend, is a serious, respectful portrayal; even Archie, the consistent “bigot with a heart of gold” that provided a moral nudge for other White men of his era, mourned Beverly.

Meanwhile, over on “Soap,” Jodie considered gender reassignment surgery, confusing being gay with being transgender, and suggesting that what gay men really want is either to be a woman or to be with a woman who “used to be” a man. An awkward message at best.

The premise of “Bosom Buddies,” though, is steeped in White male privilege and frustration about shifting cultural values. Kip (Tom Hanks) and Henry (Peter Scolari) can’t find a cheap place to live until a friend suggests her apartment, an all-women’s building. So they don dresses and take on the roles of Buffy and Hildegaard.

The message of the premise is clear: Men can only get a fair shake in the 1980s if they pretend to be women.

And while “Three’s Company” could (and did) ignore its premise as needed, “Bosom Buddies”’s premise was so central it couldn’t be avoided: Whether we interpret the main characters as transvestites or transgender women by proxy, they’re wearing costumes for laughs.

The message that non-conforming gender identities are costumes was repeated twice more in high profile stories in 1982: “Tootsie” and “Victor/Victoria.”

Shows like these shaped my perspectives as a tween boy who was already questioning his identity. I had tried out for cheerleading (I didn’t make it), I wasn’t into sports (except baseball, which I wasn’t good at), and I enjoyed embroidery and cooking. I was in Cub Scouts but preferred the Girl Scout activities (although at the time I would not have dreamed as trying to get in). I got along better with girls than with boys, although by middle school I had largely forced myself to bond with boys.

I desperately wanted to understand what it was to be a “man” and why I struggled with that fit, and these TV representations (especially the last two) reinforced toxic messages about “men” who wanted to step outside of the lines.

Today, proper representation of gay and transgender men is much easier to find, and gender non-conforming depictions are also beginning to appear. At the same time, though, SNL’s Michael Che thought it was acceptable to make a “joke” about Caitlyn Jenner; the backlash he got for that is a good sign. As one of Che’s critics (quoted on pagesix) says, “Your comparison implies that trans women are just men who change their names.”

But the existence of the “joke,” including Lorne Michaels ostensibly green-lighting it, is a bad sign. And it’s a reminder that, while we have culturally grown considerably since the era of “Three’s Company” and “Bosom Buddies,” we still have a way to go.

Part of the toxicity of the “toxic masculine” model is the use of mockery to reinforcement the man box. Che’s slam on Kanye West, with Caitlyn Jenner being collateral damage, serves as such reinforcement: Be a real man, or be ostracized.

I am who I am now despite it all. But it would have been easier in a more tolerant world. Representation matters, and misrepresentation causes real harm.
—

—
Photo by Jordan McDonald on Unsplash

Facebook17Tweet2Pin1EmailShares20
wpDiscuz
Share this ArticleLike this article? Email it to a friend!
Email sent!