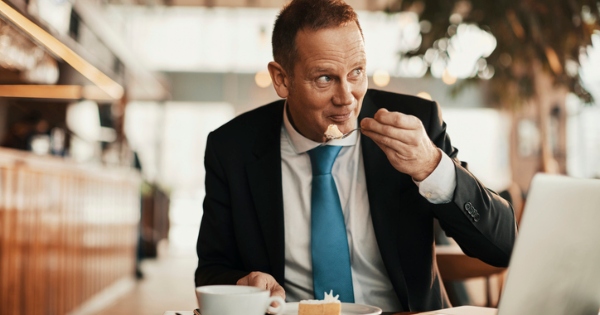 I was twenty-one in 1986 and waiting tables at an outdoor café in Providence. I think I’d seen the guy before, slowing as he walked by on the street and looking my way, but I got a lot of that then and so it might have been someone else. It was a hot one the day he stopped by for lunch, and the noon crowd had just started streaming in, and I was starting to feel the coming pressure of the rush.

He was a wiry little man, probably a few years older than I, with pockmarks on his face. The marks weren’t so bad that it was distracting to look at him, but I thought how I might have been self-conscious if they’d been mine.

“Yes,” he said, smiling very much at me. “And I want to sit in your section.”

This was new. Except for the times, guys leaned out of windows and made offers, no one had ever been this direct before. Just be cool, I thought and told him to sit wherever he’d like and I’d take care of him. He kept smiling at me when I gave him his menu, and when I brought him his ice tea and took his order. I could feel him looking at me as I walked away and every time I went past his table. I was busy, though, so it was easy to forget about.

I cleared his plate when he was done with his sandwich, and asked if he wanted anything else.

“Yes,” he said. “I’d like a piece of blackout cake, and would you like to go to the movies with me?”

“Well,” I said. “I don’t think my girlfriend would be too happy about that.”

He smiled up at me. “But what about you?”

It was a fair question, as my answer had been dishonest. I didn’t actually have a girlfriend just then. I just wanted a polite and easy way to say he shouldn’t feel rejected; he’d simply mistaken me for someone I wasn’t. But he was still smiling at me exactly as he’d been since he stepped onto the café.

The lunch rush had thinned by then, and Anna, the manager, was sitting at the back with some of the waitresses who were on their break. She called me over. Anna was gay, but liked to tell me how she thought I looked like Arnold Schwarzenegger (facially, that is; I’d been skinny my whole life). It was funny to me because it was flirtatious without any sexual energy at all, though sometimes I felt something else behind it. Arnold wasn’t exactly a hero of the artsy crowd of which we were a part; in fact, he was seen as kind of a lunk-head, the bodybuilder actor who played barbarians and robots. I was an athlete, still competing for my college track team, and so I wasn’t sure if this was also a dig.

“Ahhhnold,” she said in her best Austrian accent. “That guy’s been gawking at you for the last hour.”

“No kidding. He just asked me out.”

Anna laughed her big-lady laugh. She did have a good laugh. “What did you say?”

Anna laughed again. Sometimes when Anna laughed like this I wondered if she was actually laughing at me, as if I was not in some joke. “You might have liked it, Bill.”

I fetched his blackout cake and delivered it. He wasn’t smiling anymore.

“Do your friends find it amusing that I’m attracted to you?”

I thought of how loud Anna had been laughing and wondered if I’d been discrete. I may have looked back at him once.

“Oh, we were just talking about something else.”

I felt horrible. I went to the waiter’s station and started organizing my checks. I wanted to tell him Anna was gay as if that would smooth something out. No one should feel like the butt of a joke. Still, I found the situation irritating. I wouldn’t have told her about him asking me out if he’d have dropped it after I mentioned the girlfriend. I shouldn’t have told her, but I’d been a little bugged by him, insulted almost—not that he thought I was gay, but at the insinuation, I didn’t know who I was.

I brought him his check and he left in a hurry. Now there’s someone scurrying around the world who hates me, I thought. Now someone thinks I’m a jerk. That’s not who I am. I’m not Arnold, and I’m not gay, and I’m not even a waiter or a sprinter or a writer. You can’t tell someone who you actually are, I decided. All you can do is know it.