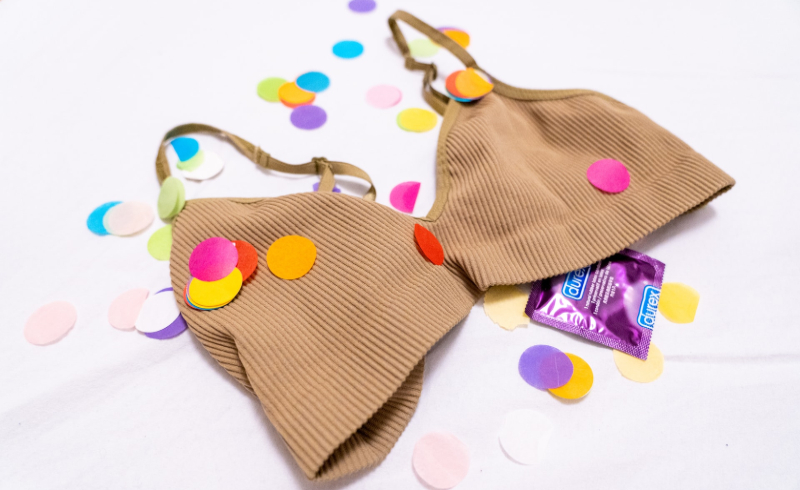 I was sitting on the couch at my friend’s house, ruminating over my recent breakup for the 100th time. I still couldn’t understand how I ended up here. Why had the man who had once declared that I was love of his life broken up with me and moved on so quickly? “You know what I find so strange”, I say out loud. “When he went through his separation, he appeared so caring and understanding of her feelings. He supported her in any way he could. He would tell me how much it affected him that she was hurt and how he had broken down in counseling sessions whenever he saw her cry. He said he would always comfort her because he loved her like a family member no matter what. But fast forward 6 months, when I was feeling low, he was anything but caring and understanding. When I got upset, he was cold and distant, when I struggled, he got angry. When I tried to explain to him why I struggled, he said he couldn’t be there for me. Why did he treat us so differently?” My friend turns around in his chair and looks at me.

“Because you were supposed to be fun, Kara! How dare you have negative feelings?”

I sit back and think about how we started out 1 1/2 years ago. Just some “fun on the side” he had said initially, but then changed his mind all too quickly. He had spoken about marriage, wanted a baby. He had left his wife, moved out.

I had been resistant for a while. I had tried to convince him that a relationship would be very different, encouraged him to stay with his wife. He hadn’t listened. He wanted me, all of me, only me, and me to be his, only his, forever. When he broke up, I asked why he had been so determined at the start. “Why are you not giving our relationship a chance, if you were once convinced you wanted to spend the rest of your life with me?” He replied:

“Well, I was so happy then, I probably just imagined how amazing it would be to always feel this happy.”

Affairs are about positive emotions

I’ve written an article before on why men that seem to have the life they have always desired, risk losing it for a little bit of fun.

In summary, I believe that affairs are rarely just about sex. For many women I know, there is a deep connection long before the actual affair starts. It’s about all the things we are lacking in daily life. When the affair starts, the feeling is intoxicating. The attention we get, the romance, secret messages, gentle touches, constant desire and sexual tension leading to the most passionate sex. The secrecy and danger of an affair alone contribute to the heightened emotions that will feel so different from a “normal relationship”, the love feels more intense than the start of a relationship that forms naturally. Everything revolves around our positive emotions, magnified by circumstances.

That initial feeling, of being so madly in love that you struggle to focus on anything else, was never meant to last. It’s biology. We have these strong emotions and feel this way at the start of a relationship as it helps us bond. But if we continued like this indefinitely, we would struggle to work, look after our family or even ourselves. In a normal relationship, that feeling is supposed to be replaced by a deeper connection, more realistic and long-term feasible companionship type of love over time. But in an affair, the party that is betraying their significant other might soon realize that they already have this kind of love at home and whenever the romantic love starts to shift, the whole affair might start to lose its appeal.

My ex and I often joked how I was his private therapist. He would tell me every conversation he had with his wife, word for word, I was there to listen and advise. I even wrote some exercises for him that he was supposed to do for his marriage counseling. I often tried to put myself into her shoes (because I have been in her shoes) and reasoned for her when he complained. I even supported him financially when he moved out. He reiterated frequently how he wouldn’t have managed without me. I was his only friend. But I never realized that it was a permanent role I had taken on. I just assumed that he would do the same for me when the time would come.

Affairs are about “the good bits”

In an affair, you rarely deal with the boring stuff. No mortgage, no kids, no shared bank accounts. You usually only see the other person showered, fresh make-up, sexy lingerie. And because of the little time you have together, you want to spend it having fun. So when you actually move from an affair to a relationship, you might not like what you see. Describing how you behave at home is rarely the same as actually living together. I know of one couple who have successfully managed the transition from affair to relationship and I know of a lot more heartbreaking stories that haven’t. It’s easy to fall in love with someone who you only see in the context of an affair, but oftentimes more difficult to truly love someone enough to also accept that there will be “bad bits”.

I remember the know-all I had been at the start of this affair. I knew everything I mentioned above, and I promised myself not to get attached. I knew he was living a fantasy. I didn’t want anything to change or change anything. I knew the day would come, where he would realize that he didn’t really love me. I sensed that we wouldn’t work out as a couple, but he was determined to prove me wrong. And when he eventually did, I became a lot more sensitive to his criticism, lies, belittling comments and controlling behavior. It started to hurt. Once I got angry over accusations he made and he threatened to break up if I couldn’t control my “outbursts”: “I never ever want to see your angry face again”. I didn’t understand it at the time and I didn’t understand him the way I do now. But I got the message eventually: I had destroyed his fantasy. And then, if a relationship with me also meant dealing with my negative emotions, he might as well have stayed with his wife.

People are different. And some men might understand that a mistress is just a normal person, with human emotions and needs. Some might be capable to feel actual love and empathy for their affair partner. But if you ever find yourself getting drawn into an affair:

Think carefully about how it all started and what they are getting out of it. Examine the role you are playing in their life. Listen to how they speak about their other half and read between the lines. Don’t assume anything. Don’t take words over actions.