Get Daily Email
Join/Login CLOSE
Home / Featured Content / Modern Communication: Are We Too Clever to Be Kind? 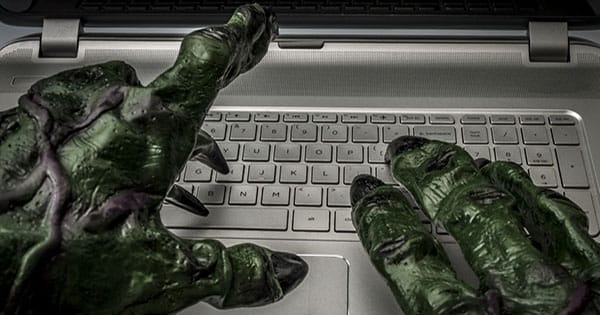 Have you seen Charlie Chaplin’s speech in the 1940 film The Great Dictator? If not, take a few minutes to watch it. Much of what Chaplin says still rings very true today. I particularly like the line where he says “our knowledge has made us cynical. Our cleverness, hard and unkind.”

Don’t we seem to value cleverness above all else these days? More specifically, we seem to admire any sort of cleverness, even at the expense of others. Have you ever made a sarcastic social media post that took a jab at someone, expecting to get some likes and LOLs because of it? Yeah, in this day and age, we’ve all been there. It seems like as long as we’re momentarily amused, we’ll give a pass to how people attack each other online.

Our unkind cleverness overflows out of the Internet like muck from a clogged sewer. It may give us a brief chuckle when we abuse someone via a comment thread. But while our amusement fades quickly, the injuries inflicted linger on for the abused. That hurt is all too real. It’s not a virtual pain.

Ghosts Out of Our Shells

When we “disembody” ourselves while using the Internet, do we lose some capacity to be civil to other human beings? Especially when you add in the ability to make comments under pseudonyms, or even anonymously?

It is a gigantic irony of our age that even as the Internet and social media give us our amazing level of global interaction, our technology has simultaneously helped atrophy our ability to communicate with respect. Interpersonal web-based communication has been twisted, by many of us, into an ugly thing. This uncivil discourse is reaching a crisis point.

The distance afforded to us by the Internet removes the immediacy—and, perhaps more importantly, the responsibility—from face-to-face communication. When we don’t have to look another human being in the face when we say something to them, it breeds something monstrous in us.

The Troll in All of Us

As Francisco Goya said, “the sleep of reason produces monsters.” When it comes to online interactions, the monsters are us. We delude ourselves if we think Internet trolls are just “other people.” It is all-too-easy for any of us to slip into that beastly role, even if it’s just for a short while. It’s like there needs to be a support group called “Anonymity Anonymous.” Any of us can become addicted to the “power” of tearing into someone virtually, at any moment, at any time.

Even those of us who consider ourselves progressive can unthinkingly reinforce bad cultural habits if we’re not careful. For instance, when people post images of Donald Trump French-kissing Vladimir Putin, it may give us a good laugh at the expense of an often-wretched human being. However, it can simultaneously perpetuate the message that “gay is bad.” In an effort to make Trump—who is famously sensitive about defending his manhood—feel even more insecure, we can also contribute to negative stereotypes.

So, can we escape the paradox of modern techno-centric communication as we hurtle into the future? I believe there’s still hope for social technology to be used more responsibly. We can resist the lure of trollish behavior.

In The Great Dictator, Charlie Chaplin also says: “More than cleverness we need kindness and gentleness. Without these qualities, life will be violent and all will be lost….”

This reminds me of the quote attributed to Reverend John Watson: “Be kind, for everyone you meet is fighting a hard battle.” One thing we all have in common is the fact that life can be a struggle for all of us. We all crave kindness. It’s up to all of us to spread it.

The ability to communicate, and to therefore cooperate, allowed us to become the dominant species on the planet. I fear we’re forgetting we have a legacy to uphold, one given to us by those who came before us. There are those that wonder why modern society seems stagnant, and how we seem to have lost the ability to innovate. I believe this is due, at least in part, to how we’re squandering the communication miracle that is the Internet.

So, it’s up to all of us, as communicators, to transcend the limitations of our own nature. This is how it has always been. Our technology, our tools, won’t keep us on the path of what it means to be human. We must do that for ourselves. Here’s hoping we remember kindness and gentleness.