I left Phoenix on the evening of September first, driving through a double rainbow that I believed to be Navajo blessings for good travel. I passed through my home in Window Rock and picked up my friend Paul from Denver on the second. We headed through Nebraska and South Dakota, crossing countless traditional territories and Reservation boundaries, weaving across the prairie. We kept driving on through the night until we arrived in Cannon Ball the morning of Saturday, September third. Paul and I come from very separate social communities, yet we had both been exposed to the #NoDAPL fight through some degree of the Native Grapevine. However, we knew the coverage was incredibly limited; so limited, in fact, that mainstream media had failed to truly cover the story at that point in our journey. I was dying to know how many people were actually at the camp.

When we rounded the bend in the road and crossed the Cannonball River on the edge of Reservation land, we were greeted with a great field of tipis, tents, horse trailers, cars and flags. Flags in medicine wheel colors, flags from the American Indian Movement, and flags from countless sovereign tribal nations, Mexico, and Canada. Upside-down American flags, even an overturned Hawai’ian flag, representing many islands of indigenous peoples struggling for sovereignty against tourism and exploitation. There was the Navajo Nation flag, standing as an equal alongside communities so unrelated and yet so similarly affected by historical trauma and continued oppression. To a non-Native who only knows the stereotypes of Indian peoples, Sacred Stone Campground looks like an Indian encampment. For Natives, it is breathtaking.

As we walked around the camp, I ogled at the diversity present. I observed every moccasin, identifying people’s tribes by their beadwork or shoe style. I stumbled upon Lakota tipis and makeshift sweat lodges, small prayer gatherings held by individual nations, a communal circle surrounding the outdoor kitchen that showcases the diversity of dances, prayers and song. To think of how this diversity is silenced by the umbrella label “Indian” is heartbreaking, but to see how a shared love for Turtle Island and fellow man brings these Nations together is uplifting.

Never in the history of time has a gathering like this happened. Ever.

Saturday started like any other day. After the camp was fed by the amazing volunteers, using food from incredible stockpiles of donations, people of all ages and backgrounds gathered on Highway 1806 and began marching northward. Some wore traditional clothes, others in everyday jeans. Many had signs. Some sang and maintained a drumbeat. We gathered on the side of the highway, next to concrete Jersey barriers and more flags. We prayed. We smudged. A helicopter kept circling us and vanishing over the hill. Some grew faint in the heat, and our appreciation for water only grew stronger. Then, as we were ready to head back, people from a guard stand just over the knoll from us came shouting, “Over the hill! Over the hill! They’re doing construction, this is your time!”

Just like that, the horses U-turned in the grass berms. The women who had been singing gathered their tiered skirts and picked their songs back up. We walked faster now, with purpose. There was an eagle soaring in the sky; it seemed to chase a plane out of sight. Were these more signs?

When we came to the other side of the hill, there we saw them: several construction men standing around as bulldozers barreled through land. We had a moment of confusion: Why were they digging here? On a Saturday? Miles from where construction had paused days before? Less than 24 hours before, the Standing Rock Tribe had filed an injunction based on countless burials that had been discovered in the direct pathway of the pipeline. (The energy company had claimed everything had been cleared, but no one had consulted the historians from the tribe). Then we realized: they came here to destroy the graves before the courts could take action against them.

I can’t even describe the feeling of being at the frontline at that time. I was scared because I didn’t want to get arrested. I was afraid the police would shoot us for no reason other than being Native American. Yet I couldn’t stop my heart from pounding. There was so much adrenaline, so much energy. People began pouring in from behind, hundreds of people on foot with more arriving on horseback and by vehicle. Screaming, singing, praying. Waving signs. Crying. Shouting, “WE FORGIVE YOU! NOW PLEASE STOP!” And when they wouldn’t stop desecrating the hillside unmercifully, we rocked and rocked on the fence. A little boy holding a drum crossed with his mom to face the foreman. Democracy Now kept rolling the film. The fences came down and people surrounded to protect the boy, then to protect the earth.

With tribal flags hoisted high and signs reading “Water is life,” we crossed the fence, chased after bulldozers and hopped across heaps of broken earth. Some kneeled to the ground to put down tobacco in the wounds. The rest of us ran, ran, ran until we crested another knoll and ran head into a private security force with dogs. Some Crow Creek boys raced bareback on the horses they had brought up from South Dakota and rushed to the frontlines where men and women were falling to their knees. Our opponents were repeatedly pepper spraying us for walking forward. Security dogs spun wildly on leashes, barely controlled by the dog handlers. The horseback squad attempted to distract the dogs, several horses getting bitten in the process. Flag-bearers began using their nations’ symbols in self-defense from the snarling dogs.

As people fell to the ground, screaming in pain from the pepper spray in their eyes, the foreshadowing cry could be heard: “Water! Water! We need water! Does anyone have any water they can spare?”

These crews were here illegally. They were intentionally destroying ceremonial places and human remains. What choice did we have? To stand there and let them do it? Or to do exactly what we did and offer forgiveness while begging for them to stop? The oppression has happened for centuries now. When will it finally end? When will Natives finally have accurate depiction in the media?

I want to know why no one asks the Tribal leaders or Tribal police what happened that day. I want to know why they asked a North Dakota Sheriff who never left the side of the highway what happened on the frontlines. He did not come to protect those with rights to their own treaty land from the vicious and uncontrolled dogs, clearly trained to attack us. He did not ensure we had proper medical care when people were bitten by the dogs or pepper sprayed repeatedly in their open eyes. Yet mainstream media paints us as criminals for defending ourselves and each other, our land, our rights, the sacred sites of our allies. Furthermore, they used quotation marks to refer to these burials as “sacred sites,” as if we talk about going to “church” on Christmas or visiting the “graves” at Arlington Cemetery.

This erasure of culture and censorship in the media is nothing short of modern-day genocide.

I wrote twice now with no comment showing up!,

I am so uplifted by you all making this stand for the time of the condor and the eagle..

Genocide is not always a lurching horde coming down from the mountains. It is often devious, quiet, deceptive, and legislated. My heart is both filled and emptied at one time by this story. Filled with the courage that those who have been pushed beyond the limit have finally began to fight back. Emptied because of the ignorance they face, the idiocy that those men holding their dogs do not understand that it is not you that they are undoing, but themselves, our earth, our future, our very souls as humans, bought and paid for. They desecrate you, but they are… Read more »

I can definitely relate to the being filled and emptied at once, thanks for your insight! 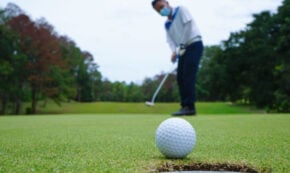 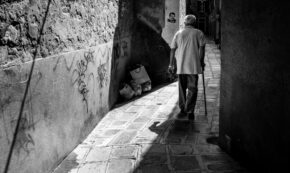 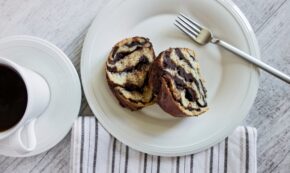 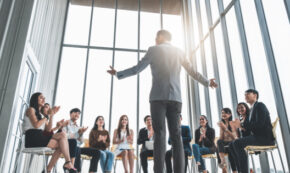 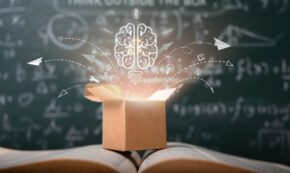 FacebookTweetPinEmailShares371
wpDiscuz
5
0
Would love your thoughts, please comment.x
()
x
| Reply
Share this ArticleLike this article? Email it to a friend!
Email sent!