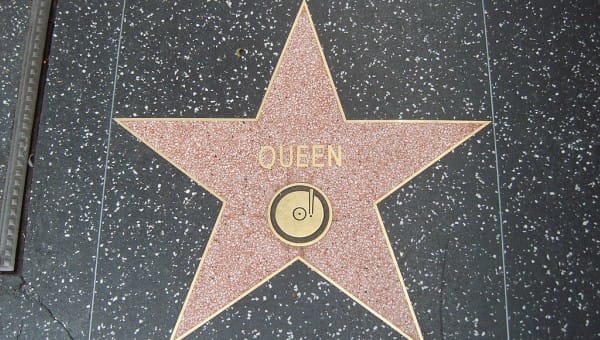 When word began spreading across social media that a biopic was being made about Queen singer Freddie Mercury, I was excited. It seemed to have the makings of something great and any movie that takes me back to the ‘70s is OK by me.

But for me, the fact that it won 4 Oscars is beside the point. The fact that the song Bohemian Rhapsody will be re-introduced to a new generation — just as it was in the 1992 movie, Wayne’s World — is key.

When I reflect back over my life in music, either as a musician or simply a music enthusiast, there are songs that can be categorized like this:

Examples that I could fit into the corresponding categories would be:

When I first heard Bohemian Rhapsody on the radio as an impressionable 9-year-old back in 1975, the song not only fit into the last category, it created it. Nothing would ever be the same after the first listening, the same as it probably would’ve been for a 9-year-old first hearing The Beatles’ A Day in the Life upon its release in 1967. Your life was divided into what came before and what came after.

All of the press surrounding the Bohemian Rhapsody movie lately has had me thinking about the song and why it had such a strong impression on me. Since this is art we’re talking about, and everybody’s experience is unique, these are my Top 10 Reasons Why Bohemian Rhapsody Might Be the Greatest Rock Song Ever:

10. The opening line. Is this the real life? Is this just fantasy? For a kid of the ‘70s, the line announced that something extraordinary was to follow and it might just be magic or perhaps even witchcraft. Remember, this was the decade when groundbreaking special effects and technology in movies and music exploded, and if you were a kid like me, you were often seduced into believing that magic really existed and might even manifest itself in popular media. So the a cappella rendering of that line made us all pay attention and question whether or not this was actually happening.

9. The first-section harmonies. Sure, we had heard stacked vocal harmonies before (think Because by The Beatles), but the technical exactness and quality of Freddie Mercury’s voice in this section — yes, it’s all Freddie here — is astounding. I’ve often heard it referred to as an “angel chorus.” That’s not too far off.

8. The lyrical set up of I’m just a poor boy/I need no sympathy. In a decade of bombastic, rock-star lyrics, this line gave us a relatable protagonist. The sad fact is, many kids feel alienated during the middle school and high school years, even when they have loving parents like I did. The line Any way the wind blows/Doesn’t really matter to me established the melancholy tone of the song, along with a very wistful piano section.

7. Mama, the Armed Murderer/Freddie, the Armed Murderer. Somebody killed a man. Who knows what Freddie was thinking here, but whatever it was, this verse captivated all us wide-eyed kids. Taken literally, I always pictured it as an abusive, drunken husband/father/boyfriend scenario and Mama was protecting the son, but now she had ruined her own life.

However, it certainly makes more sense that the singer did it, given the rest of the verse. Freddie clearly says Mama just killed a man, but it could be an implied I just killed a man, with no “I.” Although it all adds up that Freddie did the killing, I still like the idea of a Ma Barker-type mama offing the bad guy.

Either way, crazy drama! Most songs, after all, talked about falling in love, making love, or some variation on that, not murderous crimes of passion.

6. Brian May’s guitar work. There are very few, if any, rock guitarists who have as distinctive a tone as Brian May. He did, after all, he built his guitar himself (with the help of his dad), so it is entirely unique. Combine that with his incomparable melodic solos — both in the slow part and later, in the “head-banging” section — and you have classic rock n’ roll. Maybe best of all, though, are his quiet, emotional riffs in the final movement of the song. *sob*

5. The middle opera section, obviously. There are other great rock songs that have unusual middle eights (bridges), but this blows everything else out of the water. It’s not so much a bridge as a complete left turn. First, you’ve got to have the brass cahunes to even consider doing this. Then, you’ve got to have the talent to pull it off. They had both. Placing a full-on operatic movement in the middle of a rock song turned the pop music world on its collective ear.

The swell of music on that suspended chord ending with Roger Taylor’s high-tenor screech is sheer brilliance. It’s nearly impossible not to be physically moved when the screech resolves into Brian Mays roaring guitar solo. There’s a good reason why the head-banging scene in Wayne’s World is what everybody remembers; it’s what we all do!

3. Freddie’s prophecy. This is something that I rarely hear mentioned, but is perhaps the most chilling part of the song to me. The second verse:

Too late/My time has come

Sent shivers down my spine/Body’s achin’ all the time

Goodbye everybody/I’ve got to go

Got to leave you all behind/And face the truth

How can you not listen to those lyrics and not view them as prophetic? The world knows that less than 20 years later, Freddie would die of symptoms related to AIDS, and in every way, this seems like he’s has resolved himself to saying his regretful goodbyes and facing a painful death.

A) It seriously freaks me out, and B) It adds an emotional depth —maybe coincidentally — that few rocks songs can rival.

2. The universal appeal of the song. Something I’ve recently discovered on YouTube are videos of rap and hip-hop artists who record themselves reacting to first hearing classic songs in other genres. There’s a bunch of them watching “Bo-Rap” for the first time, and it’s priceless. In every case, these guys are completely blown away. It’s fun to watch young people first experience a masterpiece.

By the time my kids were 10, they knew every word of the tune. I have a great memory of all five of us sitting in a local Mexican restaurant singing along with Bohemian Rhapsody as it played over the PA system. Hilarious! I don’t know anyone who doesn’t love it.

And my No. 1 reason why Bohemian Rhapsody might by the greatest rock song ever…

1. The virtuosity. Let’s just come right out and say it (with poor grammar): Ain’t nobody else EVER creating ANYTHING like this ever again. The level of complexity and virtuosity of Bohemian Rhapsody is so far off the charts, it makes almost everything else laughable by comparison. Although most of the focus is on Freddie and Bryan May, imagine the talent required by bassist John Deacon and drummer Roger Taylor to handle the changes in feel and tempo, not to mention Deacon’s doubling of some of May’s guitar runs. Insane!

Bottom line? If you’re not a musician but a lover of music, you intuitively understand that this music is remarkable and there’s a reason why it’s viewed as a classic. But any good musician will tell you: there’s nothing more badass than Bohemian Rhapsody.

Shoot me your opinions below! Thanks for reading!

Don’t like ads? Become a supporter and enjoy The Good Men Project ad free
◊♦◊
The Good Men Project is different from most media companies. We are a “participatory media company”—which means we don’t just have content you read and share and comment on but it means we have multiple ways you can actively be a part of the conversation. As you become a deeper part of the conversation—The Conversation No One Else is Having—you will learn all of the ways we support our Writers’ Community—community FB groups, weekly conference calls, classes in writing, editing platform building and How to Create Social Change.

Facebook111Tweet1PinEmailShares112
wpDiscuz
Share this ArticleLike this article? Email it to a friend!
Email sent!