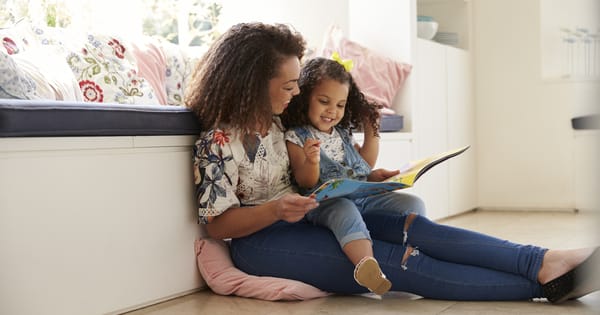 Editor’s Note: On this blog, I refer to my daughter as “Dear Daughter” (DD) and my wife as “Dear Wife” (DW).

You never know how alone you’re not until you step out and speak your truth.

That’s what I learned on Sunday, September 24 when I published a post about learning to accept my daughter’s autism diagnosis. Almost immediately, a stream of empathy flowed in through Facebook from friends, including fellow parents who revealed they too have been on a journey to help their child overcome a developmental challenge of one sort or another—from sensory issues to hearing loss to dyslexia.

One of many meaningful comments came from my friend Regina who declared: “We are going to breathe and walk it out together. [Your daughter] is so deeply loved by two beautiful people plus two hundred thousand more. And on the good days…praise God and on the bad days…praise God. And know that we are all getting daily blows that are taking our breath away…but that when we remember to breathe…it all manages to work out exactly as it should. ❤️❤️”

At that moment, I needed that reminder. (And I loved her quartet of heart emojis).

For as imperfect Facebook is as a medium for tracking what’s truly happening in someone’s life (we lopsidedly share the brighter moments), I’m grateful the platform allows me to tap into a community of support I’ve since dubbed “my village.”

That village unexpectedly grew by one in September when, after reading my blog post, Camille Proctor contacted me to see if I would be interested in joining a group of change agents who are working to launch a national network of support for African American families affected by autism.

“I didn’t seek you out because of what you do for a living, but because of who you are: a black father navigating the ‘Autistic Seas’. You are someone who needs to be shared because you’ve accepted and embraced who your daughter is. Many dads have a myriad of emotions and most don’t get where you are as quickly. Dads are so important!”

I said yes, of course.

It’s not Camille’s first rodeo. In 2009, she founded The Color of Autism Foundation, a Michigan-based nonprofit devoted to empowering African American families and lessening their isolation. Her mission is informed by personal experience: her son, Ari, was diagnosed with autism at age two, but she found it challenging and costly to get him the resources he needed.

“I thought, if he has all of these [resources], then he’s going to get better,” Camille told HuffPost in 2016. “But the problem was, all the things he needed to get better were difficult to get for him. There are limited places where you can get speech and language therapy, and ABA therapy.”

Peer-reviewed statistics and research confirm the uneven detection of Autism Spectrum Disorder (ASD) in black and Hispanic communities. White children are 30 percent more likely to be identified with ASD than black children and 50 percent more likely than Hispanic children, according to data from the Centers for Disease Control and Prevention. This despite the fact that black and Hispanic children were not less likely to have ASD.

Imagine the frustration and anger parents feel when they have a sense of urgency about their child’s health, but the healthcare system seemingly doesn’t.

The latest research shows, as one might guess, that socioeconomic differences play a role: Children living in neighborhoods where incomes are low and fewer adults have bachelor’s degrees are less likely to be diagnosed with autism spectrum disorder compared to kids from more affluent neighborhoods. This finding is part of a major study of ASD led by Maureen Durkin of the University of Wisconsin-Madison’s Waisman Center.

This line from Science Daily about the research stood out: “The study does not prove children from lower socioeconomic backgrounds are not getting the diagnoses and support they need, Durkin says, but it does indicate that’s the most likely scenario.”

All the more reason why the nationwide initiative Camille is helping to spearhead is so vital and timely; it will take a Herculean effort to bridge this disparity of resources and, ultimately, life outcomes.

My wife and I are fortunate. We’re educated. We’re employed. We have health insurance. We live in DuPage County where the median household income is $81,521 and there is a high degree of awareness about ASD. (There’s a career development center for students on the spectrum just a mile north of our home in Naperville and, three miles east, a nonprofit center for autism I learned about this month.)
But the main barrier we’ve encountered on our journey has less to do with socioeconomics and more to do with something we didn’t know was a problem: the nationwide shortage of developmental pediatricians.

There are only 1,000 active, board-certified developmental pediatricians in the United States specially trained to diagnose autism, attention deficit and hyperactivity disorder and cerebral palsy, according to a much-publicized study published earlier this year in the Journal of Developmental & Behavioral Pediatrics.

As a result, more than half of the specialized developmental pediatric programs associated with children’s hospitals have average wait times of five and a half months. Access is further delayed for non-English speaking families.

An estimated one in six children nationally has a developmental disability, so early intervention is key. But you can imagine the frustration and anger parents feel when they have a sense of urgency about their child’s health, but the healthcare system seemingly doesn’t.

When our Dear Daughter (DD) received a behavioral diagnosis of ASD in June, we were told by the preschool staff who evaluated her to follow up with a developmental pediatrician for a medical diagnosis, which we would need for insurance to cover the cost of therapy.

In August, the earliest appointment we could get for DD was December 15, 2017. I wasn’t initially concerned about the wait time because DD had started receiving services through preschool. But in October—six weeks after the appointment was scheduled—I received a phone call from the scheduling staff at the University of Chicago Medicine Comer Children’s Hospital that DD’s appointment had been canceled. No explanation was given. (Believe me, as a former journalist, I asked).

The next available appointment was on April 18, 2018. To say I was pissed would be an understatement. I could feel the flames shooting from my head like the character of Anger from the Pixar movie Inside Out.
I spent an hour calling hospitals to see if I could get an earlier appointment for DD. No luck. One hospital had a one-year wait time; another told me the earliest appointment would be May 2018. Compared to those options, taking the April appointment was a no-brainer.

When I mentioned my wait time woes to Camille, she tapped her network and connected with a parent who was able to get an appointment in just three weeks. Their secret? They called a pediatric developmental center in Chicago once a week checking for cancellations. I’m thankful for the advice (I called today) but remain disappointed. This is not what healthcare in America should look like.

As 2017 draws to a close, my list of 2018 resolutions is starting to take shape: advocate for better healthcare policies, consult my village for support, and dial once a week—for DD.

UPDATE: This story has a happy ending. Within 24 hours of calling the Pediatric Developmental Center at Advocate Illinois Masonic Medical Center, I got DD an appointment for January 30, 2018. In the words of my friend Jacinth, being a parent of a child with special needs means being a “constant advocate.”

Previously published on Fatherhood at Forty