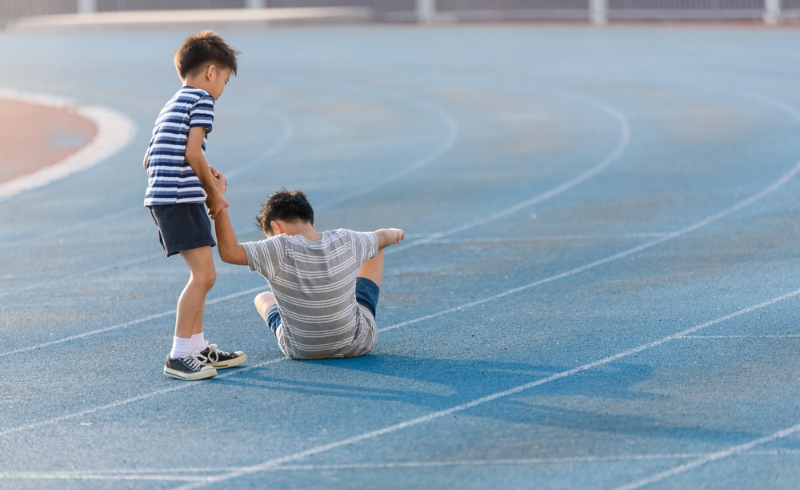 —
Being an athlete and a lover of games as a young man, I found that I came to fear losing more than I ever enjoyed winning. I say fear losing because I lost about as often as I won and both experiences were strangely similar in that neither was

as good or bad as I dreamt they might be. Whether I came in first, second, or last I was still me at the end of the race, still felt like me, still woke up the next morning wondering what I would do with the day.

And yet I feared losing anyway, feared being a loser, some permanent, lesser-than condition from which there was no escape, the failed ending of a story whose sad, ordinary hero must live unhappily ever after. When I thought of life this way, I felt as hollow and hopeless as when I thought of death, the empty, inevitable void that rendered all that came before it meaningless.

Yet I was more or less a happy fellow. It’s true. When I wasn’t thinking about winning and losing and dying, I was keeping my eyes open for things that interested me. One of those things was a girl named Jen whom I spotted my senior year in high school, right as I was training in earnest for the State Championships. I fell in love with her immediately in part because she had no interest in games. In fact, at that time, she had no ambition whatsoever. She was just hoping to get through school so she could get on with her life.

It was being a person she was interested in, and I’d sit with her in her living room after track practice and we’d talk about life, what was good about it and not so good about it, what was hard about it and what was easy about it, and why we thought people were the way they were. She was funny too, so we’d also try to make each other laugh. It was nice to talk to someone with no mention of winning and losing, just life and laughing. I did not understand how much I needed to talk to someone this way until I was doing so. I could talk to her forever, I thought.

But then she left. Her family moved at the end of our senior year from Providence to Seattle and I thought, “I’ve lost her.” No, not her–love itself. I’d dream of her, and the dreams were always the same: she’d be there and I’d reach out, and then she’d be gone, and I’d wake with that hollow feeling of death in my chest. I dreamt of death too, of being dragged to my execution, of looking around at life one more time as I moved toward the end of everything good there was.

Of course, Jen wasn’t dead; she wasn’t even gone, really. She was just somewhere else. I knew this, and that awareness reminded me of how I had felt at the end of my races. I was still me, after all, and I still woke up wondering what to do with the day. That question of how to spend my time, where to lay my attention, what to grow and what to follow, was still the same; the answer, at that moment, just couldn’t be Jen. That I felt lost and betrayed at times because she couldn’t be answer did not stop the question from being asked–nor, I had to admit, did it stop me from wanting to answer it.

There came a time eventually when I found Jen again and that question asked me if I wanted to be with her and I saw the answer was still yes. That was a very nice moment, but the question continued on as ever, undeterred by what I thought might answer it once and for all. The idea of winners and losers is suicidal in a way; it’s an attempt to answer the question in some final way so that I need to never feel the discomfort, however brief, of moving within the lie of the inauthentic life. But that discomfort is only calling me back, back to the truth of love, the heartbeat you cannot lose, only ignore.