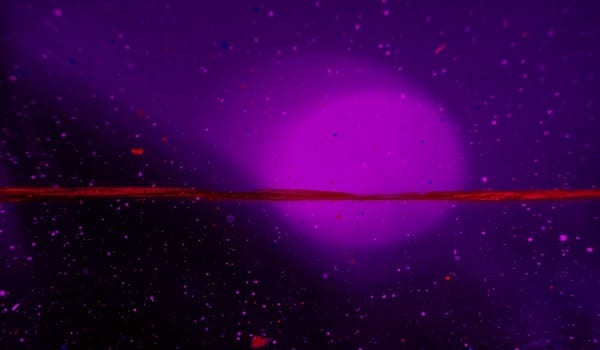 I’m pretty sure I heard the phrase ‘the grace of God’ here and there throughout my entire life. And just like most churchey phrases, it became so familiar that it lost all meaning. It wasn’t until just a couple of years ago in my late thirties that I began (and am still merely beginning) to understand the implications of this phrase on real human life in this very existence.

Thanks to having found and being indoctrinated by the Lutheran tradition (it’s fine, I gave them permission), I quickly learned that grace is something they can’t ever stop talking about. But this time, the way they put it, this tired old word took on a new life in the way they were talking about it. I‌ started to see that grace isn’t just some simple, ephemeral, namby-pamby thing.

Grace is a deeply radical theological concept. It’s one that reverses entire narratives. It shocks and even offends the most righteous of souls. Grace flips the conventional human narrative upside down, reaches into its guts, and turns it inside out. It’s something that sounds too good to be true by most reasonable standards. As some have said, if what is preached on Sunday doesn’t make the most devout of people nervous, grace was not being preached.

In the Christian sense, grace is the idea that says this: Instead of remaining in the clouds and holding humanity to repentance and payment for their transgressions, God has lept out of the clouds to willingly hang on a cross so as to say, “Look, here I am. I want and need nothing from you. I love you. I‌ forgive you. And now, I’ll prove to you through my death and resurrection that this whole payment system that you guys dreamed up and put on me is over.”

Christ revealed that there’s nothing for us to do in order to get on the good side of the divine. When God hangs on a cross surrendered to human violence while loving them anyway, this sent a signal throughout human culture that God isn’t out to punish or command. God’s only intention is to love. It’s all been done and ‘paid for’ (even though there was no payment necessary except in our minds). All imagined expectations and obligations of humans have been overridden.

This is the grace of God. One way love from God to us. All we are is to receive it as it pays no mind to anything we’ve done or haven’t done.

Let’s be honest here… Grace is offensive. It’s not sensible or reasonable. This is because it is freely extended from God to everyone. This begs the honest question: Why should ‘bad people’ be let off scot-free? Shouldn’t God punish them — the ones who are making life hell?

A good story from the Bible to mention here is the one about Job. He’s a guy who was known for being SUPER devout. He was the kindest man around and had a beautiful life that so many people envied. But eventually, he’s ‘tested’. He loses everything — his family, wealth, home, health, etc.

When his friends got the news, they decided to go out and check in on him. It’s said that when they got there, he was unrecognizable. A human wreck. A man on the verge of breaking. When they got to him, they couldn’t find the words to say so they merely sat for seven days (wish I‌ had friends like this) and cried with him.

As some have said, Job’s friends were good counselors until they started talking:) When the words started flying, Job’s friends began trying to analyze his lot and find ‘solutions’.

Job’s friends carried a karmic view of reality, so in their minds, good people were rewarded while bad people were penalized. Since Job had fallen into so much misery, they obviously thought he did something wrong to offend God to the degree that he wiped Job out.

We all do this. I do this. When I hit hard times, I instantly wonder what I did wrong to deserve my misfortune. It just makes sense that misfortune only meets those who’ve done something wrong. It also offers we ‘righteous ones’ a sense of security thinking we’re going to be karmically rewarded and protected for our good deeds. So what did I‌ do wrong? And what can I‌ start doing right in order to get the good flowing again in my life?

But this idea of grace that says that we ALL are loved UNCONDITIONALLY by the divine and it makes no sense. It seems utterly unfair. And this is accurate. Grace has nothing to do with the human notion of ‘fairness’. In fact, it’s diametrically opposed to it.

In reality, this is good news for you and me. God’s one-way love seeks us out when we have nothing to give in return for it. This grace is a force of love that swoops in towards us but has nothing to do with us.

Grace is being loved when you’re deemed by yourself and/or others as unlovable.

As far as those ‘low points’ of mine that I mentioned earlier, here’s the hope… In every story I’ve read so far about Jesus, it’s always the transgressors who get the point before the upstanding citizens. It’s always the ones who realize their own weakness that run to God, not those who believe that they’re self-reliant and powerful. It’s the ones who are consciously impure who understand and appreciate grace, not those who think they’re pure. The devil doesn’t speak through the prostitute but the one drunk on self-righteousness. The desperate realize grace far quicker than the one who thinks he can stand on his own self-important moral foundation.

These are just some of the dynamics of grace. One-way undeserved love that knows no human constructs of fairness or merit.

More on grace next time. For now, let this settle and reflect on what it means for you. Inquire how grace has and hasn’t showed up in your life.