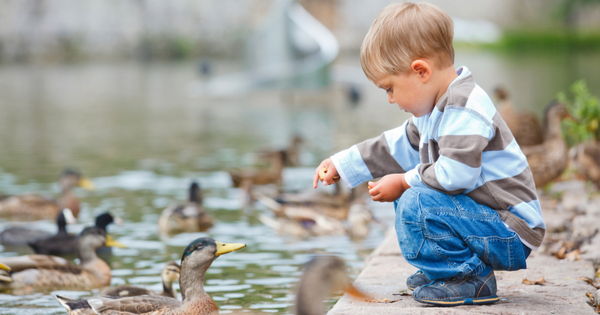 What good is being three inches taller if your head spins and you have to shuffle?

My cousin Iris goes to school to be a nurse.  She has to wear black shoes with the tall heels and the first thing she does when she comes home is take the shoes off and leave them at the bottom of the stairs.  I was there, I saw her do it.

Something about asking her threw Aunt Bernice into a tizzy, she couldn’t say yes or no, she swallowed hard, smiled, but her eyes looked sideways at the wall.  One of those questions that had special extra meaning.

“Of course you can!” Aunt Bernice blurted at the same time.

“But—you have to ask Iris first.”

Was that what it was?

“Okay,” I agreed.  Iris had gone upstairs to change.  I sat down on the steps to wait.

Thinking.  Maybe my aunt was trying to save me from—what?  Having my head cut off like—

See, the last time men wore high heels, a long time ago, was when rich people wore short pants, wigs and sashes and jewels like opera singers, the French Relution (my brother knows about it)—see, the peasants came from the country into the big city and they didn’t like it  and cut off everybody’s head.  With a machine, a gelatin.

No, a gee-la-teen.  (It’s a French word like that.)  They had baskets right beside it for the heads to roll into.

And then the peasants put on the wigs and stuff and more peasants came and cut off their heads too.  Four or five times.  Until all the kings and queens and people with wigs and high heels were gone.

Since about then we’re supposed to have brush cuts and wear tennis shoes, long pants and no wigs, the men maybe going around bald like my dad.

I do remember part about a tennis court.

Long-time ago, or on TV.

Then my mother picked me up and my brother Gary was in the back seat looking very sleepy.

He pointed at his throat.

“No—you said they’d give them to you in a little bottle.”

Now he only stared at me, he didn’t smile.  Usually he smiles when I catch him in a lie.

Then I was home and my mother made Gary go to bed.  She also took him a bowl of ice cream, she only gave me a cookie.  “Don’t I get some ice cream too?”

“No, that’s all your brother can eat.”

“Until he gets better.”

I listened closely.  It wasn’t about me trying on the shoes—or falling off the porch when I tried to walk in them.  A neighbor of my aunt being—seeing—almost aducted.

I didn’t see any ducks.

Ducks are my mom’s favorite.

When we go to the park my mother always wants to feed the ducks, she loves ducks, even when there are swans and geese and pigeons, it’s ducks my mother wants to feed.  She yells at the pigeons.  “Ducks are just slimy,” my father says.  “Don’t get close to the water,” he warns.

“The man got away—?  I bet it was someone she knew, she’s just not telling the police.”

But it’s not over yet because my mother’s talking now and she’s excited about something else and she’s saying Barbara and Nancy, and Barbara Ann but Nancy Ann won’t do.  Won’t do what?  Nobody on the block, nobody in my family, nobody in my school named Barbara or Nancy.  (Or, I remember, there is one Barbara.)  But my mother’s rushing on and on and talking about Christmas and—  What?  Another kind of duck, I told you she’s crazy for ducks.  When she finally gets off the phone I still haven’t finished my cookie, I’ve been concentrating so hard.

I mean, it mostly sounds like we’re going to get a pet duck and name it Barbara.

“You want another cookie?  Oh—you didn’t finish the first one!”  Wow, this is serious.  She sits down at the table with me.  “Maybe Momma will have a cookie too—how about that?”

“Okay,” I say, but I’m not positive I was supposed to answer.

I know I’m not supposed to ask her why.  Or how.  Or why she’s so happy about it.  I know this but I also don’t know what I’m supposed to say.  I’m stuffed shut with supposed to and cookie.

“Won’t that be wonderful?”

“Oh, that’s a big three months away.  The baby will arrive right after Christmas!  Like a Christmas present.  What do you think of that?”  (I wish she’d stop asking me what I think, I’m not thinking.)  “Anyway, before December Thirty-first,” she trails off, she’s munching another cookie.

Maybe we’re not having any dinner to be spoiled by having cookies before like—  You know what I mean, I’m too confused to speak, I was just starting to imagine a duck named Barbara as a pet.

“Abduc—  Oh, abduction.  A lady on Aunt Bernice’s block was—almost—abducted.  A man tried to abduct her.  But she escaped.  Another lady called the police.”  I’m busy picturing a giant duck.  “It’s a very bad thing—don’t you ever let anyone take you where you don’t want to go!”

Laughing, it must be really funny and funnier still because I don’t know what I’m asking.  “Oh!  You heard me say—!  See, if we have the baby before January First, she’ll be a tax deduction.”

So I learn the baby’s going to be a she and maybe some kind of duck at the same time.

“You’ll understand later—it’s only taxes and business stuff.  What about Barbara?”

I gave up.  I sat there and got busy with my cookie.  Nobody was going to explain to me, and I was worn out with today’s guessing games.