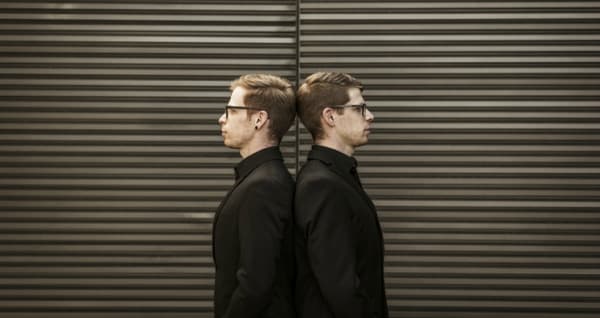 I am responsible for my body and no one else. Not my friends, not my family, not my doctor.

I was reminded of this when I broke my toe last week by clumsily jamming it against a doorframe. It was my mistake, and I’m paying for it. It was my job to call the doctor, and it’s my job to do what I can (which is very little) to help it heal properly.

The only person who will deal with the consequences of my body, my physical being, is me. And because of that, I expect, nee demand, full control and authority over my body: over doctors, over lovers, over strangers. No exceptions, no negotiations.

Is this a particular male point of view? I would hope not, but it seems in our society, men are able to operate under this assumption in ways women can’t.

It was already out there, of course, but #MeToo helped me realize this. And in thinking of how to be a better man, I am trying to think and encourage other men to as well, about this reality and how we can change it.

This idea came to mind after the latest mass shooting in America, in Aurora, Ill., where a 45-year-old man killed five people at the office of his former employer. This shooting is not an anomaly. The murderer had a criminal record and was not supposed to be able to acquire or own guns. But that really isn’t surprising in our gun-worshipping country, is it?

Worse, the murderer had in his background the single greatest predictor of mass violence: a record of domestic abuse and violence towards women.

There are two levels of sadness in this for me. The first is that we are able to identify those most likely to perpetrate mass violence, yet are so inept or unwilling to stop it.

The second, and the one that really terrifies me, is that women are literally on the front lines. It is women who experience abuse first; they are the canaries in the coal mine of our mass shooting epidemic.

What the fuck does it say about our country, our society, our functioning as human beings, our total breakdown of communal responsibility to each other, when we allow women to be exposed to domestic violence and abuse at all, much less to the point that research has proven these abusers are likely to expand their list of victims to the rest of society?

Domestic abuse is not the only indicator or predictor of mass violence, either. Another commonality of mass murderers is the association with, belonging to, or indoctrination from white nationalism and the alt-right.

Yes, there is a reason why so many of the mass shootings in America are perpetrated by white men. And there is an intersection between the two. The alt-right doesn’t just pose a threat to non-Christian whites. It poses a threat to non-white Christian males. The angry, white male, to put it bluntly, is a menace and threat to society. Even those defending our country in the Coast Guard.

But I emotionally digress. I want to focus less on mass shootings and the sad, sorry state of affairs of alt-right men and more on what it means to traverse through life without having control of your physical being.

It’s not just domestic abuse and violence that steal physical autonomy from women.

It’s everything from office place sexual harassment to public policy on birth control and reproductive rights to our society’s twisted, prudish, disrespectful and childish attitudes towards the female body.

Few issues generate as much heat and controversy in our society as reliable, convenient access to abortion. But before we get there, let’s trace our steps.

Because what can seem like a religious and moral issue over questions of conception and the essence of human life, and what rights should be contained and bestowed as a consequence, is actually, underneath it all, an attempt to control and manipulate that control of the female body.

It starts early. Men are apparently too weak-minded and unable to control themselves that they must impose ridiculous, sexist dress codes upon girls at school, even if all that is exposed is too much of a girl’s back. (Keep in mind that when I composed that sentence, I had no idea which example I’d find to link to, and just assumed there’d be a ridiculous amount to choose from. I was right.)

This is more than just a dangerous, prudish, insulting hyper-sexualization of girls’ bodies. The message these dress codes and penalties sends is that adults, usual men, have control over not only what girls’ wear, but what men themselves see. By dictating so much how girls present themselves in public, men are saying that women don’t own presentation of their own bodies, and hence, the bodies themselves.

Add in all the stories women told when #MeToo exploded. The inappropriate, unwanted and even illegal touching, the looks and stares from strangers, friends and co-workers alike, the demeaning and dehumanizing comments and remarks that transform what should be innocent human interaction into uncomfortable, inappropriate and again, possibly, illegal encounters.

Women don’t even own their own pain. Research has shown that the medical community has a deeply entrenched bias against women’s reporting of physical pain, leading to misdiagnoses, increased risk to disease and health emergencies, and, not ironically, more pain.

Men, next time you stub your toe against a wall, or have a migraine, or feel this awkward, strange, pinching pain in your upper chest, think about what it would be like if a doctor told you it was all in your head.

I’ve had that chest pain before.

I know what it’s like to potentially be just moments away from catastrophe, to need to get medical care right now.

I am grateful every damn day that nurses (almost all of them women) heard my pain — and got me the care I need.

Women, in our society, cannot assume or expect the same treatment. And if that doesn’t enrage or sadden you, you can stop reading this.

To ignore anyone in pain is inhuman. That our society systematically treats women this way is nothing less than an indictment on our culture.

Now, the Trump administration is following the lead of many red states in making access to contraception and health care more expensive and more difficult.

New rules proposed by the Department of Health and Human Services would pose such onerous restrictions and limitations on women’s health care clinics that they may be forced to choose between offering fewer services and unethical treatment or closing down altogether.

The American Medical Association and the American College of Physicians oppose these changes, changes not rooted in science or medicine, but politics.

Women’s bodies are not political chess pieces, yet our current administration and society, in general, continue to operate as if we can control women’s health care and choices over how women conduct themselves and how women mange their own physical being.

We can talk about consent and sexual harassment in public and the workplace all day long. And we should continue to have that conversation.

We can talk about improving the way we teach boys to express themselves and how they relate to girls; young and adult men could use a few lessons, too. I myself got caught up in an unintentional yet demeaning attitude towards women in a conversation just the other night.

But we must start at the top.

And that means giving women as much control of their bodies and physical well-being as men have. No exceptions.

Yes, some will say, this is the story of the ages. Read any Jane Austen novel and you’ll see a society operating under rules that control women’s bodies and lives. Look at our country’s lack of parental leave guarantees, and you’ll see the living, breathing vestiges of un-family friendly and anti-women policies.

If we can’t believe we can change, then there’s no point in any of this. We must do better.

I work for a non-profit environmental organization. In our written materials, we shy away from language that frames wildlife and wild places as having special value. We don’t say, for example, that we value bees because of the role they play in the pollination of pretty much everything, as important as that is.

Instead, we say bees, and all wildlife, have intrinsic value simply because of their existence. That all living things, people, plants, bees, the Spring pygmy fish — have value because we are all united and together in our local and global ecosystems.

When we look at restoring physical autonomy to all, we don’t do so because women are our mothers, wives or daughters.

We do so because women are living, breathing human beings, and are therefore entitled to the same kind of autonomy as men.

And we see this philosophy being extended as well. It is present in the Black Lives Matter movement and the Green New Deal, which correctly points out that our environment, from the air we breathe and water we drink to our changing climate, impacts our physical autonomy.

I remember as a young teenager girl in my school crowding together and reading the “Our Bodies, Ourselves” books. I was curious, and a bit jealous. I wanted a book like that for myself.

Only now do I understand how important that book was, what role it played. (Which makes it even sadder that the organization that published and updated those books is no longer releasing new editions.)

At that age, it was exciting and nerve-wracking and confusing learning about the human body, your own body, and the changes it undergoes, and all the lessons it meant to inhabit and be aware of your physical self.

As examples of sexual harassment, sexual abuse, domestic violence and backward health care policy show, we have a long way to go to reach equality in this area.

Every single one of us makes a decision about our body every single day. Whenever we eat, whenever we exercise, when we brush our teeth, when we choose to go to sleep, when we decide to sit or stand at our desk, when we get dressed. We are constantly making choices that impact our bodies, our health, our selves.

As humans, it’s one the things that unite us.

It’s what we all have in common: ownership of a human body, the need to tend and understand a body that is all our own, the good and bad of that body, and the responsibility to take care of it.

My wish is for all of us to have equal access, ability and power to wield that responsibility the way we choose.