Get Daily Email
Join/Login CLOSE
Home / Featured Content / Parent or Friend. One, the Other or Both? 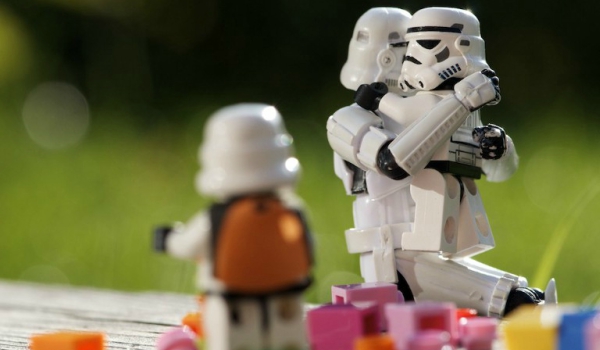 To answer this question we need to take a step back. Parenting styles have swung, pendulum like, from one ideal to the other over time. The parents of the baby boomers were strict and authoritarian, while the baby boomers themselves were laissez-faire.

Now we find ourselves wondering which way to be, friend or parent? A question that would be incomprehensible to our grandparents, and only just understandable by our parents. Has the pendulum reached the peak of its ark when it hit laissez-faire, or is there further to go? The good thing is, we have a choice about how we parent.

Let’s strip the question back to basics. We don’t know what the right parenting style is, but we know what we, as parents, are here to do. And we know quite a bit about what children need at each stage of development. So, let’s start with there.

Our job as parents is to raise beautiful little people to become amazing adults. In the early years, that means providing a stable, caring, consistent environment full of unconditional love, where the child knows their needs will be met. We know this because the opposite is the experience of abused children and those who suffer at the worst of a well-meaning care system. The evidence shows those children are far more likely to be destined for a life of addiction, criminality, dysfunction and an inability to form meaningful relationships. In the early years then, we need to be present, consistent, caring, patient, accepting and loving, unconditionally. Which all sounds more parental to me.

As they get older, their brains are developing at a furious pace, laying down foundations of behavior and values that will shape their future. They have to learn everything, including self-control and the ability to judge risks. A lot of evidence shows that it takes until post-teenage years for humans to develop strong self-control abilities and better judge risks. That’s why there’s now a problem with children who have phones in their bedrooms. They’re tucked under their duvets on their phones, which is disrupting their sleep and having an impact on their development. Parental guidance exists for a reason.

That argument clearly prefers parent to a friend. But be careful which style you choose. A strict, authoritative approach that hasn’t involved the child in the whys and hows of those ever so firm boundaries is as problematic as the cotton wool, go easy, do everything for them approach. Both remove the child’s opportunity to take responsibility for themselves. And if they never learn how to do that, then they come out into the adult world and flounder rather than flourish. Just like those kids at Uni who either went wild on freedom or went home every weekend so mum could do their laundry because they couldn’t.

It goes back to the job we’re here to do — to raise beautiful little people to become amazing adults. Being a friend doesn’t deliver on this, because raising children takes far more out of you than you could ask a friend to give. Being a parent then is the only option. But not the parenting icon of yesteryear, perhaps not the one that you experienced growing up, but one that is considered, respectful of the human being they chose to bring into this world, playful, fun, full of unconditional love, not just for who they are now, but for the amazing person they could become.