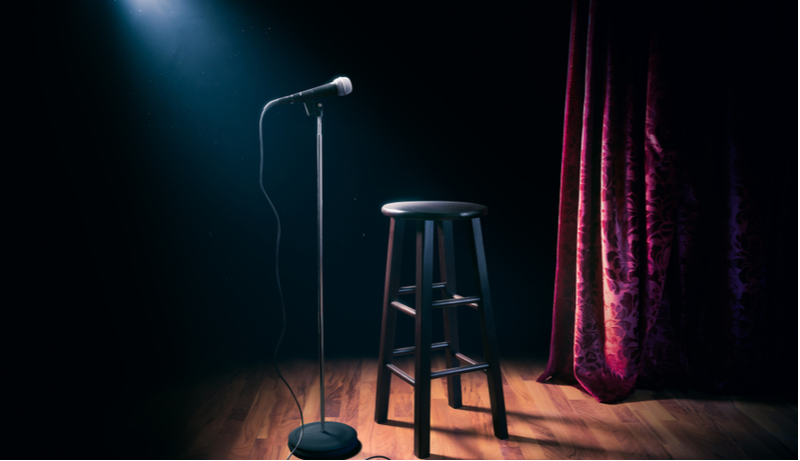 “Being a good husband is like being a stand-up comic. You need 10 years before you can even call yourself a beginner.” – Jerry Seinfeld

Well, at least I have put 23 years into being a good “husband”! Oh, the stories I have! But focus Donald, focus! This story is about being a stand-up comic. 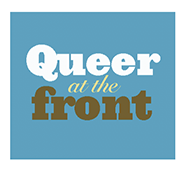 When I was an introverted, quiet teenager, I had an extraordinary memory. Being a good listener goes with the territory, but I could remember what someone was wearing each and every time I met them. More importantly, I could remember every word they said to me or others. Later, this proved useful when I wrote my memoir, but back then, in secondary school, I could think about two forms of language at the same time. For example, I could take shorthand dictation at over 100 wpm and simultaneously create a grocery list. That’s why I ended up with an award for highest mark typing and shorthand grade 12 in the school.

Well, that was then.

Fast forward to memorizing a five-minute piece for my standup recently at the age of 59. I can still remember conversations verbatim and most of my stand up is about my interactions with people, so writing my monologue was the least stressful part of the exercise. What I agonize over is the possibility of bungling up just the one language required to transmit it through speech.

Oddly enough, because of my work in theatre and television, I have done more memory work in the last eight years than all previous years combined. It is just that now I experience an overload of signals, thoughts, memories, and incoming data.

Am I the only stand-up comic who doesn’t worry about whether his material is considered funny? I did wonder how the material over my family’s history of abuse would go over, but not enough to remove it. My only concern was whether I would lose my place or get distracted.

I live in perpetual ‘blondeville’ now. In life I use this as part of my schtick; it’s more difficult to use this to my benefit during a performance. I’d have to memorize the blonde moments and then pray I’d recall the connectors to fake a blonde moment. You see my quandary?

So why do I take the plunge, walking the tightrope that is stand up?

This overactive mind needs a challenge to stay functional.

Back in February, I had worked three mind-numbing events within 48 hours. During the third shift I told myself, I can’t take it anymore. When I get home I’m seeing what’s out there to inspire my creative juices.

I did a search in my city for upcoming events. I found an amateur standup contest at Yuk Yuk’s comedy club co-sponsored by a radio station. I immediately called my friend who is wheelchair-bound with MS.

“Hey! You want to enter a standup contest or in your case sit-down comedy? I’ll help you write yours and I’ll write a new set for me as well.”

“Okay we’ve only got 4 weeks until showtime!”

Then I watched a powerhouse comic state that he takes his best bit from his last routine and starts with it to motivate himself to make everything that follows that much better.

Talk about overloading my challenge. Are you getting a sense of what it’s like to be me?

I had performed stand up for the first time last year. It went over well. I dried at one point but made a funny recovery. So I cut and pasted my best bit from that routine and placed it on the top of a blank page. Then I went through my mental computer of stories.

Once I had my rough outline I went to my friend and interviewed him. Here’s where my memory for conversations comes in handy because I could fill in the blanks for any question he answered with everything he ever told me since meeting him and it enabled me to craft his routine. His experiences and perspective were a rich source of original material. Within a week I had written his out but he had the hard part of taking it and molding a performance out of it. This would be his first time performing in any way.

We each were ready as news came of COVID-19. We are both germophobic so this was an odd coincidence as I had a germophobe joke in my last routine and he had one in his debut before we ever heard of the virus.

You guessed it. The comedy club had to cancel the competition.

Spring forward and a couple of weeks ago a friend messaged me the competition is back on in a virtual setting with Yuk Yuk’s founder Mark Breslin as a judge.

THE Mark Breslin is judging a London amateur competition?! Breslin opened his first Yuk Yuk’s in the basement of Toronto’s Church Street Community Centre in ’74 (Church Street is akin to San Francisco’s Castro Street) and has worked with the most famous names in the business.

What wouldn’t I have done to get one of the six spots?

After I contacted them, they asked for a video of my comedy. Luckily I had my debut on YouTube.

My friend and I were picked. Whereas he loved that his debut would be virtual, I asked if we would be able to hear the judges and or the public’s reactions. Yes to former, no to latter. I was relieved since at least the three judges would provide some energy. But in the pre-tech run, it was decided the judges would mute their mic’s to avoid feedback. I knew that was an omen.

As I performed from our basement, I could hear everything but the judges — from clicking sounds to knocks on doors. There is a shift in my performance. It’s like someone jumped on stage and wrestled for my mic. My agonizing fear was realized and as I performed I actually wondered was I going to get derailed yet again, but this time I kept on track and arrived at the finish line with all my lines intact. Victory! It felt like I had won a battle with my mind.

But how did the virtual aspect work?

In conversation, someone takes the ball and returns serve. In standup, the audience is the other player: a solo playing against a team. In virtual comedy, their is no return “love” unless you can hear immediate audio feedback.

I have never told a joke to myself. Nor do I walk around the house entertaining myself, spouting one-liners. I think up something and try it out with friends or I visualize a response.

Ever been on a date where the other person appears to be having a solo experience, isn’t picking up cues, and hence is doing a monologue for their own benefit. Perhaps even singing or telling jokes because they think they’re funny.

One could say that the worst stand up is similar to that, as in not reading the audience.

How does one read an audience if one can’t hear them, feel them, sense their presence?

Well, it was time for the judges to “read” me. I knew I was a personal success no matter what they said. I had battled my mind and came out a winner.

One of the judges referred to my being a “good storyteller” and having “strong concepts.”

“Well you’re a good storyteller and you want to be a storyteller more than a joke teller but you told a lot of stories very quickly and kept hopping from one to another. I think it’s better if you take a story – you take the orange and find all the juice in it – (until the) juice is completely gone. And you get into a level, levels and more depth of any given story. Now you tantalized me. The fact that you were on Oprah. Is that true?” 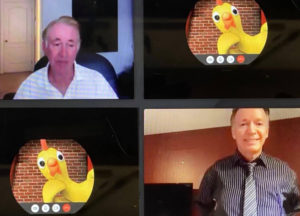 “Well, there’s your five minutes because I’ve heard a lot of people tell me stories on stage and off about their sex life, and good, yeah yeah yeah but not everybody’s been on Oprah. So that’s where I really want to know about because that’s completely unique. So if I were you now, I would start writing this five minute bit. A full five minute bit about what happens to you on the show. What it’s like. What were the producers like. Get into the characters and really extend it and make it into something with more depth.”

“Thank you very much!”

Then Breslin went on to say he had not met Oprah but had just about everyone else including Johnny Carson and had produced for Joan Rivers and was close to her.

Another judge said, “Donald’s lucky in that sense.”

At another point, Breslin said, “I’m famous for saying the first 10 years don’t count!…a lawyer takes 10 years to achieve his goal, so does a doctor. Why is comedy any less? That’s the amount of time it takes to get good at anything!”

So Seinfeld was right! Chalk up my positive experience with stand-up to “beginner’s luck”.

So how did I really do? You can judge for yourself [Editor’s WARNING: The comedy routine in the video contains adult themes.]

After the show, I opened the door to go upstairs and my two fur babies were on the landing waiting for me. Then my partner greeted me.

“With all this love here,” I said, “why do I put myself through this torture?”

We were willing guinea pigs in an experiment.

It was a great experience for what it shows us about the format — closed virtual mic standup doesn’t provide energy, live human immediate reaction which is the most important aspect of standup.

And the public’s assessment?

A friend Facebooked me, “You have balls of steel.”

A producer in the US messaged me, “I laughed out loud! Initial thoughts – the judge whose opinion interests me is Breslin. What I know from judging is that they don’t give meaningful notes if they don’t see the solid potential. He gave you two keys – yes, Oprah; BUT the best one – you are a storyteller. A comic storyteller. Huge! They are rare. Honestly, you are brilliant.”

Constructive feedback and good reviews, but more importantly, I’d broken the comedy curse that beginners bomb either the first or second time. I didn’t. And my personal curse that I’d dry on stage and that I can’t perform without an audience? I discovered I can perform without a net. And here I thought it was ‘virtually’ impossible.

Here are my final takeaways:

I find the least important item in my stand up is the Oprah mention. It’s the shiny object that people gravitate to instead of the meat of my standup which is my material on experiencing abuse.

And so the obsession is over.

Facebook51Tweet6PinEmailShares57
wpDiscuz
0
0
Would love your thoughts, please comment.x
()
x
| Reply
Share this ArticleLike this article? Email it to a friend!
Email sent!