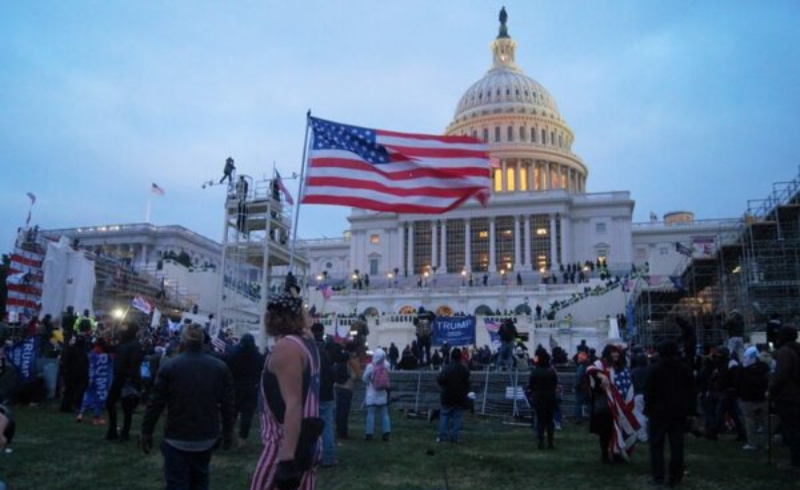 For more than four years, Mr. Trump was attacked by the invisible Deep State dedicated to his defeat.  It did everything in its power to hurt him.

They worked with China to import Covid-19 to the United States when his re-election was a certainty.  Covid-19 was designed to destroy him in many ways. First, it demanded a capacity for planning that was far beyond his abilities.  Then, it allowed the Deep State to close down the economy in the name of public health, and thereby reverse the booming economy Mr. Trump had spurred by increasing the national deficit and rolling back environmental regulations.  Finally—and here’s the truly brilliant scheme of Deep State—it encouraged people to vote by mail.

Mail! Mail allows those who have trouble getting to the polls (Democrats) to vote and gives them a way to thwart the methods of the Russians, who were so helpful in the first election.  Clearly, the 2020 election was stolen!  Who could blame President Munchausen if he stirred up a group of people equally damaged by their enemies?  He’d get them to come to Washington and disrupt the counting of phony electoral votes.  It was the only way to put off (indefinitely perhaps) the election of Sleepy Joe Biden?

Nuts?  You bet it is, except that it happened.  I would like to name this psycho-political disease Munchausen Politics.

The basic notion is that a political figure gains attention by making people believe they have been hurt.  This strategy has been used often—it is at the heart of racism, xenophobia, antifeminism and antisemitism.  The principle is that outsiders have arranged things to take away the wealth and well-being that rightly belongs to the real (white male) people.

Mr. Trump stumped for years on the phony and truly idiotic notion that President Obama was actually born in Kenya, and therefore, Obama could not rightfully be president.  He made other people believe that they were injured by this foreigner taking over the government.  Those other people were mostly (but not exclusively) whites who were poor financially and deficient in education.  They came to believe they were experts in forgery, and they could tell the difference, for example, between a genuine paper blemish and one created by a photocopier.  Well, even if they couldn’t tell it themselves, they could believe those who said as much.  The other “experts” were liars.  For the deepest injury in Munchausen politics is damage to the ego.  In being able to point out the mistakes of the supposedly faultless Deep State, one can make up for all those Ds in chemistry.

It was fascinating watching a young man in a bullet-proof vest and animal skins declare that the 2020 Election had been stolen from him as a New Yorker, which he believes is not really a “blue” state but deeply red.  He rattled off a series of proclamations “I believe . .” as if a stolen election was a principle of religious dogma. The young man’s eyes glowed with triumph as he had to repeatedly readjust a large club he carried presumably to bash the opposition.  He complained that it was hard to talk to the reporter when he was carrying around so much stuff, and you had to feel sorry for him; after all his father had just won a seat as a judge running as a Democrat in Brooklyn.  It’s not easy getting back at the Deep State.  It requires the right clothes and weapons, and perhaps some extra cash from your folks.

I don’t feel sorry, however, for Donald Trump, or as I prefer to call him President Munchausen.  He is a master at self-inflicted injuries that he then blames on others.  He denies making contradictory statements.  When video evidence is shown of his contradictions, he then blames the contradictions as the shenanigans of his enemies.  Anyone could tell that the tape had been doctored, taken out of context, rearranged.

But these injuries, self-inflicted as they are, provide evidence of how President Munchausen has suffered.  He is martyr for all those who imagined that they were similarly injured.  The battle is not over.  His minions have already purchased their bullet-proof vests, their caveman club, and their furs to prove they are ready to drag us back to the values of our Founding Fathers—mob rule.

David Bergman’s last book was The Poetry of Disturbance: The Discomforts of Post-War American Poetry, He lives in Baltimore with John Lessner. He is aware the Munchausen Syndrome is no longer list as a medical term, and the term is used metaphorically.

David Bergman is the author of four books of poetry. The most recent one is FORTUNATE LIGHT (2013). CRACKING THE CODE was the winner of the George Elliston Poetry Prize. His critical books include THE POETRY OF DISTURBANCE and GAIETY TRANSFIGURED He edited John Ashbery's art chronicles REPORTED SIGHTINGS as well as Edmund White's THE BURNING LIBRARY. His poetry has appeared in THE KENYON REVIEW, THE YALE REVIEW, POETRY, THE PARIS REVIEW as well as many other publications.