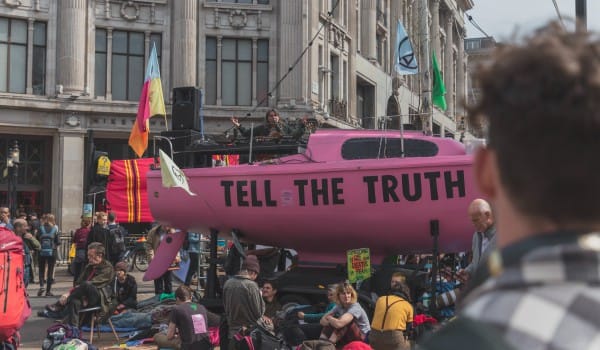 A Professional is Not Only Skilled, But Also Dedicated to a Greater Good

I grew up in a world without professionals and now I find myself moved to say I would never want to live in such a world. That sentence begs for qualification before I finish writing it, in that my perception of professionals used to be limited.

If you had asked me, I would probably have mentioned medical doctors (the only kind I knew), lawyers, dentists….I’m not sure I would have had enough awareness to plant teachers on the list. It was clear to me from the get-go that all teachers were not equal. The teachers I look back on as professionals now shared two attributes at a minimum: teaching was more than just a job and they appeared to be born with X-ray vision into my soul.

Teachers do not define the outer limits of what I now take to be the professions. Rather, I bring them up to illustrate my social blinders. One thing worth noting about professionals who are not required to have a graduate education is that they may come to their professions as jobs and get sucked in. I can imagine — barely — waking up one morning with the realization that your job has become a great deal more than just a job.

I was not raised with the luxury of being able to utter the phrase “just a job.” In rural Oklahoma, the most reliable way to get a job was by word of mouth. If you did not then cling to the job with white knuckles, that marked you as someone with the winds of destiny blowing about your ears. Leaving would be just a matter of time.

Of course, professions in the mainstream sense — medicine and law — were there for the convenience of the swell folks. A visit with those kinds of professionals meant — for those of us born in the underclass — that disaster had already struck. The financial part of the disaster was not the most impactful, but it could go on for years.

Before I left home at age 17, I recall seeing a doctor once outside of required physicals for various kinds of activities. I still have the scar from the accident that got me taken to a doctor without my volition. Those physicals were charity cases to both the doctors in town. I never saw the dentist except for an examination, the occasion for which escapes my aged memory, and the dearth of dental care led to a lot of time in the chair after I joined the military.

I never saw a lawyer, and that means I really did volunteer to enter the military. It was common knowledge that a young man facing a heavy misdemeanor or a light felony might sometimes be allowed to choose which of two doors to enter, one leading to boot camp and the other to the mysteries of the criminal justice system.

Young women had no such option, and those who wished to enlist needed a clean criminal history and nimble footwork to skip past the wickets that were more unforgiving for women than for men. I was of the generation that watched the roles of women in the military expand.

What pulled forth these meditations on professionalism and how the idea developed in my life was the anticipation of a new book coming in October from Pete Souza, who served as Official White House Photographer to Ronald Reagan and to Barack Obama.

The second White House gig came from a friendship Souza had developed with Obama when he was hired by print reporter Jeff Zeleny, then of the Chicago Tribune, to document Obama’s transition into the U.S. Senate representing Illinois.

Souza spent five years documenting Ronald Reagan and eight years with Obama. The title of his forthcoming book is Shade: A Tale of Two Presidents, but the two presidents of the title are not Reagan and Obama but rather Obama and Trump.

The genesis of Shade was Trump’s complete unsuitability for the presidency slowly clawing Souza out of his professional detachment. He started using Instagram to troll Trump, but only by posting photos from the Obama years and letting his Instagram followers fill in the blanks. But as Trump’s behavior in office got more extreme and unpresidential, Souza could not resist making comments here and there instead of just posting photos of Obama acting the way presidents are supposed to act.

I am almost disappointed the book was at the printer when Trump had his recent Twitter storms that have the chattering class speculating on his mental health. On the other hand, I’m not sure what contrasting image of Obama would be appropriate as a reaction to batshit crazy.

“Professional detachment” requires some explanation. I think it means that you are so focused on telling the truth that you do not wish to insert yourself into the narrative, whether it is told in words or pictures. It’s duty to the truth that calls out the idea of being a professional. The defining attribute, it seemed to me from the time I focused on the law, is that you conduct yourself in a manner that recognizes a duty higher than your own comfort or amusement. It’s almost incidental that the duty is to the manner in which you have chosen to make a living.

This view of a duty to the profession explains how it was that Souza served presidents as different as Reagan and Obama. That he was as faithful to Reagan as to Obama was illustrated when the Reagan family designated Souza the official photographer for Reagan’s funeral.

On his pre-publication book tour, Souza explained to Rolling Stone how he could please both Reagan and Obama:

The main similarity was they both had an even-keeled disposition. . . It’s probably a good trait in a president of the United States to not lose your shit over every little thing.

Addressing the same question on MSNBC, Souza said that both Reagan and Obama had a respect for the office they held that has been lacking in the current occupant of that office.

From following his pre-release book tour, it appears to me that Souza’s critique of The Donald is best expressed as the title tips off, “throwing shade.” That is, the contrast is shown with wit and humor — which is, in itself, a contrast between the public presentations of self adopted by our two most recent presidents.

It took a lot of provocation to draw out Pete Souza, but I’m not sure how far “out” he has come. He situates himself in an American tradition of sharp political criticism that works because it is firmly rooted in truth, refusing to recognize the modern turn to post-truth politics.

That refusal to internalize post-truth politics is a gamble, but it’s a gamble I cheerfully share. California bookseller Scott Brown speculated on that gamble when interviewed for a New York Times article on how digitized books have strayed — often purposely — from what the authors intended:

During most of human existence, facts have been hard to pin down and most of knowledge was oral history, rumor and received wisdom. . . We have spent our whole lives in a fact-based world and while that seems how things ought to be, it may prove to have been a temporary aberration.

If ridicule can chase serial untruths back under the rocks where they used to stay hidden, Pete Souza will have done his part to defend the fact-based world.

Facebook9TweetPin2EmailShares11
wpDiscuz
0
0
Would love your thoughts, please comment.x
()
x
| Reply
Share this ArticleLike this article? Email it to a friend!
Email sent!