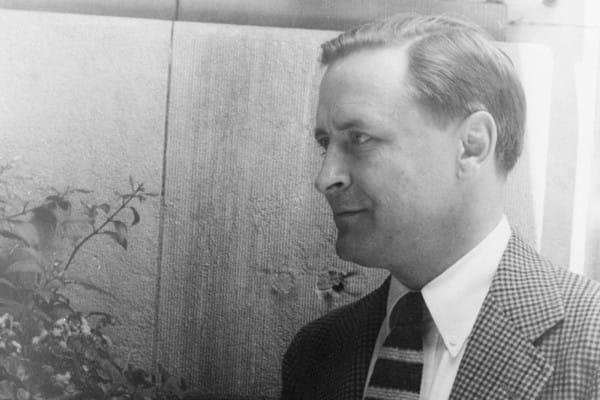 It seems to me, life is often about starting projects – some which we finish, some which we do not.  But the pursuit of a project, the journey, so to speak, is often the best part, giving us room and opportunity to build determination, resilience, and fortitude, no matter the outcome – good or bad.  As F. Scott Fitzgerald once said, “Never confuse a single defeat with a final defeat.”

I bring up Fitzgerald because he is the author of one of the most important unfinished projects in literary history.  I’m talking about The Love of the Last Tycoon, Fitzgerald’s final work, not completed due to his having a heart attack during the writing, a third and final coronary, that felled him at the age of 44.

Fitzgerald died in 1940, three years after moving to Hollywood. Estranged from his mercurial wife Zelda, he ramped up a decades-long affair with alcohol and struggled as a screenwriter.  Adding to his worries was money; having lost the literary luster enveloping him since 1920 (when his debut novel, This Side of Paradise, caused a seismic stir among the American reading public) Scott, also failing physically, was as surprised as anyone to find himself financially teetering and seemingly without options.

But he had an idea for a book, in essence a character study of the man in Hollywood he admired above all others—Irving Thalberg, the most influential film producer of the era. A savant at spotting talent, who created many iconic stars (Garbo, Gable, and Crawford, to name just a few) Thalberg was equally gifted at backing films (BenHur, Grand Hotel, The Good Earth, Mutiny on the Bounty) that resonated with the American public. So great was Thalberg’s success, and realized at such an early age, that he was deemed the ‘Boy Wonder’ of Hollywood. In this regard, he was similar to Fitzgerald, who also achieved widespread fame at a tender age. Also like Fitzgerald, Thalberg was handsome and charming, blended well with all strata of society, and had a fatalistic side related to a lifetime of poor health. Thalberg, in fact, was only 37 when he died, also of a heart attack, a day after passing on the script for Gone With The Wind.

There is no doubt from The Love of the Last Tycoon that Fitzgerald held Thalberg in great esteem, immortalizing him in the novel as the character Monroe Starh. Perhaps Fitzgerald, down on his luck and in his cups, grasped onto the wealthy, responsible, and respected Thalberg as a way to become more like the man—or at least to live vicariously through him on the page. Matthew Brucolli, the preeminent scholar on the author, wrote: “It is meaningful that Monroe Stahr is the first hero in a Fitzgerald novel with a successful career…Gatsby’s business activities are shadowy; and Dick Diver (This Side of Paradise) abandons his promising career. But Stahr is totally committed to his work and the responsibility that goes with it. He is Fitzgerald’s only complete professional….” Brucolli continues later in the piece: “For many authors the writing of fiction is an opportunity to live another life. In writing The Last Tycoon Fitzgerald granted himself the chance to run a studio, and found that he would have run it much the way Stahr did.”

Whatever the motivation, Fitzgerald threw himself into understanding his main character, writing copious notes on Thalberg’s likes and dislikes, actions and behavior. It is these notes and others on the text that provided an outline for the famed literary critic, Edmund Wilson, a close friend of Fitzgerald’s, to complete the novel and place it with Charles Scribner & Sons, who were eager to capitalize on the author’s passing and push out a work they might not otherwise have accepted while he was alive.  And rightly so, as the novel, even the first 128 pages Fitzgerald finished before his death, were not up to his exacting standards and immense talent, really a glorified first draft, where he was still playing with voice and plot and discovering his characters’ strengths and weaknesses through the writing process.

Upon this shaky foundation, Wilson finished the novel, lifting (or interpreting) Fitzgerald’s notes to make a sellable product. In some ways, the novel is akin to a patchwork quilt, something to be valued in the aggregate, artful in its eclectic design, and interesting in its unevenness. This disparity is what drew me into the work; its flaws provided me with teaching moments, allowing me to imagine Fitzgerald at work, struggling with choices, experimenting with language, probing characters and uncovering themes. The notes, which come with many of the later published copies, are fascinating, revealing an obsessive quality to Fitzgerald’s process: lists of names for characters, even the book, along with exhortations for him to write with confidence, to not be indecisive, to shed self-doubt.

While it’s a shame that Fitzgerald did not get a chance to take The Love of the Last Tycoon to its ultimate end, I think it’s a bigger shame that Wilson went ahead and finished it for him – putting an end, to the project, so to speak.  To me, it would be much more truthful, and beneficial, to have put out the book as it was when Fitzgerald perished,  allowing readers to follow his journey to its resting point, and then letting our imaginations take us the rest of the way.

Facebook92Tweet1Pin1EmailShares94
wpDiscuz
Share this ArticleLike this article? Email it to a friend!
Email sent!