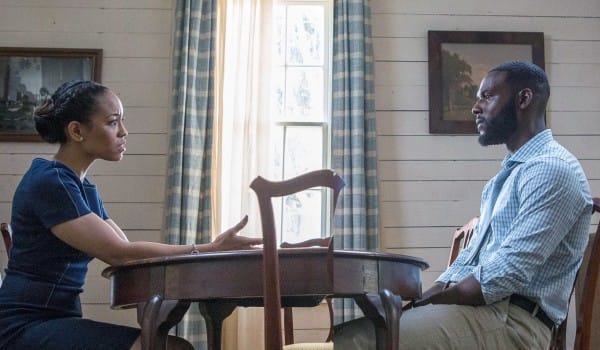 Nobody can hurt us like family. They know our strengths and weaknesses, which buttons to push. As much as we love them, there can be an underlying tinge of loathing between us and our loved ones — harboring issues we should pull at the roots, and yet we allow them to grow. They can give us love like no other, but can also whip out an inventory of our faults. In the “I Know My Soul” episode (Season 2, Episode 7) of the OWN series Queen Sugar, the showmakers tackled this prevalent issue head on, particularly the complicated relationships between the Bordelon siblings as triangulated from their individual relationships with their father.

For those who may not follow the series, Queen Sugar (based on the novel of the same name by Natalie Baszile) follows a family drama of the three siblings: Charley, an NBA (ex)wife and business mogul in Los Angeles; Ralph Angel, a single-father parolee with tough luck and a troubled past; and Nova (the oldest), a journalist and activist with a complicated personal life. The trio reunites back at their familial home in St. Josephine, Louisiana, due to the death of their father Ernest, who left them his sugarcane farm.

But after months of struggle to get the farm and mill up and running, Ralph Angel reveals that their father had revised his will, and left the farm to “who needed it most” — him and his son Blue. This revelation stirs deeper emotions of hurt and disappointment to rise in each of the three siblings, threatening the bonds of their already rocky relationships. Nova is reminded of childhood feelings on inadequacy; like their father never accepted her for who she was. Charlie feels like no one “fights for her”, and this was another instance of an inconsiderate world just assuming she’d be fine regardless. Ralph Angel is hurt by his sister’s snap negative reactions, and feels like they hold his past sins against him as a way to control and belittle him.

In the spectrum from trivial grudges to deep scars, how do you resolve issues where the feelings and grievances of all sides are at least equally imagined or projected, at most equally legitimate? It’s a tough thing to resolve, and without a full commitment to lay all the cards on the table, with equal truthfulness and vulnerability, it can often push the family further apart. There are times in life where we are stuck in the purgatory of waiting for an apology we’ve never received, sometimes even for crimes our loved ones don’t even know they committed.

One thing many of us silently struggle with is our up and down relationships with our fathers. Parents are your first loves, so naturally, they are also your first heartbreak. Much of it is because of your lack of wisdom and emotional attachment to them — you see them as infallible, and are deeply hurt once you realize they are human just like everyone else. You hold on to baggage you have no business holding on to, and leave issues unresolved for years instead of airing them out.

This week’s episode provides an intimate look at how to communicate with your loved ones, but also the pitfalls of blame. It asks us to relinquish the need to be vindicated and accept the personal responsibility to let go and move forward — giving the type of love and grace we would want to receive.

The episode didn’t end with a happy resolution where they hugged it out, gave the sorries they should have given a long time ago, or received the ones that would purge years of pain. Charlie dives back into her work (back to her perfectionism), Nova goes on a trip meet up with her new beaux (using her love life as an escape), and Ralph Angel projects his hurt on to his girlfriend and mother of his child for not “having his back” (making the unfair choice between backing him up against Charlie and doing her job).

But I’m excited to see the next and subsequent episodes to see how things play out in this family business. James Baldwin once wrote “You think your pain and your heartbreak are unprecedented in the history of the world, but then you read.” I think this would apply to Queen Sugar if you switch the words “read” to “see” (though I do recommend reading the novel). It continues to address very real issues in our lives, with both truth, power, and grace.