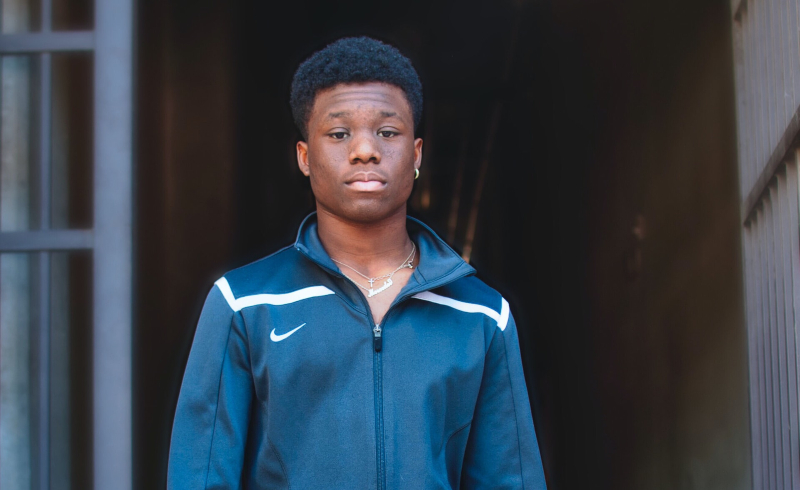 A few stories have been in the news the past few years that are related and obvious to almost all minorities except those with a political or financial need to state otherwise. There is a large pushback, primarily from Republicans, to deny the stories are related and the basic truth behind them.

The stories involve Oprah experiencing discrimination and racial profiling in Switzerland, “Stop & Frisk” in NYC, and the Trayvon Martin killing.
Regarding the Oprah story, I’m amazed at the number of people (not minorities) unconvinced that she might have experienced racism because of who she is. The truth is that every non-white adult can tell you of their personal experiences with prejudice and their dream that the next generation would not experience it in the same way. There was a time when Candace Owens needed the NAACP to fight for her, but don’t expect her to bring it up.

My son Alan was raised in Winter Park, FL, an affluent suburb of Orlando, FL, which coincidentally is only 20 miles from Sanford where Trayvon Martin was shot and his killer set free. Alan attended predominantly white public schools combined with being driven across town on Sundays to attend a Black church. He chose his friends freely, and his lifelong friends represent all races, including two fine young men (shout out to Sean & Danny) who were part of his wedding, and they remain part of each other’s lives.

We lived two blocks from where he attended High School at Winter Park H.S. (Where Doc River’s son Austin went for any sports fans) and naturally walked to school. While a senior, on some mornings, his first class of the day was around 9 or 10 am, so he arrived later than the bulk of the students. One day he was stopped by the Winter Park Police while on his way to the school when he was now one block away. He was questioned by the officers, placed in the patrol car (read detained), driven to the school office while they verified his story before ultimately being released and sent on to his class, for which he was now late. I talked to the officer’s superiors, who alternately claimed they “did him a favor” by providing him a ride to school and that he was never detained and somehow able to ignore their requests to get into the car. A complaint was filed and promptly ignored.

For those who go thru life not experiencing racism, I can at least empathize that the impact might be difficult to understand. As a parent, it is most hurtful do realize that no matter if you live in the suburbs, behind gated and walled communities, or travel across the world, it will ultimately be impossible to protect your kids from racism and why it is necessary to have “the talk” about how to respond in certain situations, especially involving the police.

In NYC, a judge acknowledged that the NYPD was engaging in racial profiling’ Instead of outright denying it, then-Mayor Bloomberg, Ray Kelley, and others talked about the effectiveness and their desire to “protect” minorities who are the most likely victims of the crimes “the numbers” are shown to have reduced.

“The numbers” also showed a greater decrease in the percentage of murders and other crimes before the implementation of Stop & Frisk. The same numbers “prove” that the reduction of crime has slowed since its implementation. Television talk shows are flooded with those who are not the ones being stopped and frisked, explaining how essential it is to deprive minorities of their Constitutional rights because it makes them feel safer. The same talking heads condemned the all-male Congressional panels making decisions about women’s bodies but can’t see their own hypocrisy.

Those that deny the continued existence of racial profiling concede how things used to be in the “bad old days” when Jim Crow and segregated schools were the law of the land. The conditions are the same today and just as much official policy. Instead, we have laws to suppress voting and gerrymander districts. They stop and frisk minorities and continue red-lining and other harmful financial practices by changing the names to restrict the effects. When forced to address the real impact of laws that unfairly target minorities, the powers that be might hold hearings or convene panels of their handpicked supporters to support their original decisions.

I would love to say that America continues to get closer to fulfilling its promise of justice and equality for all. I would love even more to believe that to be true. I started writing this story five months ago and stopped because I didn’t have an ending. I still don’t. We will have a new President soon, and as horrible as the last one was, his loss won’t change the hearts and minds of the seventy million people that voted for him. Maybe all of them aren’t racist, but they were able to ignore racist policies because he met some other need. I now worry about protecting my grandchildren from racism. They are old enough to start asking questions and the answers are no better than when I talked to my parents. Let’s hope that one day the talk won’t be needed in Black families to keep children safe?