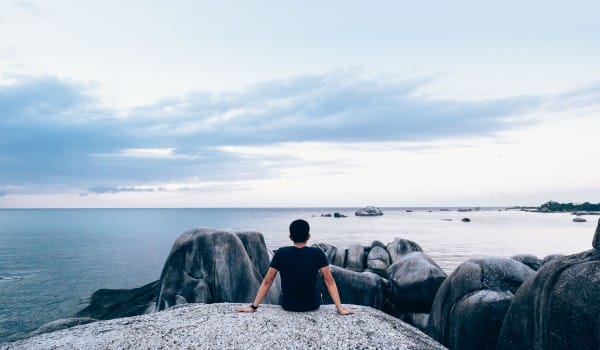 Do not follow where the path may lead. Go instead where there is no path and leave a trail. -Ralph Waldo Emerson

I woke up today expecting to work on another article I had started yesterday when staring in my newsfeed was an article entitled Why Becoming an Alpha-Male Again Scares Me. The article concerned me. Not because I’m worried about this particular author acting like a jerk again but because a term, that has largely been associated with the animal kingdom, is clearly not well understood and is causing fear for the next generation. This article only represents the tip of the iceberg of what I have heard in my coaching practice.

It used to be that men came to me because they heard there were “techniques” to “get” women. I’ve spent much of my career trying to undo the nonsense that the manipulative pick up artist community has instilled in my most vulnerable clients. Most of the techniques “work” of course, but in anticipation of the changes that were coming to our society, I spent a lot of time teaching men how to access their emotions to create real intimacy (so they could have better sex). I taught them how to stop hating the feminine part of themselves and to use it to connect with women. The goal in our work became less about how to become someone else and more about how to be who they really were to attract the right people in their lives. In other words, while I understand that this is a self selecting group of men, I never got tired of telling them that their secret superpower lay with their emotional intelligence. EQ is now the primary definition of what will make tomorrow’s “alpha male.” EQ is also a requirement if you actually want to learn to “seduce” someone but that is an article for another day.

What the heck is an alpha man? Since #MeToo we have been inundated with stories of men who act like entitled jerks, who manipulate and abuse people, and lack empathy. If we look at National Geographic or Animal Planet, we are reminded that the term “alpha male” comes from a biological pecking order that is often associated with an animal’s size and fighting ability. The alpha male in the animal world is tasked with keeping his community safe from predators, ensuring the survival of the species through procreation, and making sure the young males stay in line. I recently watched an episode related to large crocodiles and the alpha male really didn’t have an issue with eating the teenager who tried to mate with one of his females. When you live your life as a giant crocodile being emotionally unavailable makes sense.

In our modern culture, men will come in complaining that women like alpha men who are jerks. Essentially they are saying they like the big kahuna crocodile above. If you take your emotions out of it, it makes sense. If we were in an episode of National Geographic and continued to live in a society where women had absolute zero power (which does exist in some parts of the world) all women would want to ensure the survival of their species and mate with the alpha male who had the characteristics their offspring need for survival AND the resources to make sure offspring survive. Women are biologically (and we are very often unconsciously) driven by biology (and our culture). We are also driven by fear. It is what helps keep our children alive.

We, fortunately, have evolved from our caveman days (in some parts of the world). What constitutes Alpha, I would argue, is no longer what it was during my grandfather’s generation. We have a growing awareness that our future will be tied to how well we learn to manage out behaviors and our emotions. We have a growing awareness of what authenticity is and can assess fakeness more easily than ever before. When it comes to dating and mating, people are valuing emotional intelligence now more than ever. The trait, therefore, of a true alpha male in the 21st century would be a person who identifies as male who owns their EQ and aligns it with their leadership capabilities. It is also a self-identifying male who is considered by others as emotionally secure. In other words, they don’t complain about who pays on a first date — they are too busy showing conscientiousness and generosity with everyone they meet.

Which brings me back to the article I read this morning. Any time a man disparages a charity — it is not alpha behavior, it is toxic insecurity. Any time a man manipulates to get someone to sleep with him, it is not alpha behavior, it is toxic insecurity (real alpha men have zero time for this nonsense). Real alpha men take care of their health and wellness. They are likely to meditate, be working on a career (without being a workaholic) to support themselves and their family (if they desire to have one), and to manage conflict and difficult emotional situations with grace. The 21st century alpha male does not need to control others with false bravado — he steps into a room and his commitment to caring for his energy makes others see him as an ultimate leader. His energy naturally attracts the people he wants to date. He has a great sex life. He exudes joy and openness everywhere he goes.

Everything you do (or don’t do) affects you both psychologically and physiologically. Every suit you wear, every book you read, every movie you watch is either edifying or eroding your ability to develop into the guy you want to be, the guy you know you can be — the guy who is the best version of you.
― John Romaniello

What I believe is making it difficult for our next generation of men to fully own their leadership capabilities is that we continue to glamorize toxic insecurity. We pay far too much attention to it in our political system. We glamorize abuse and violence every day in our media. We are not willing to address the huge levels of domestic and sexual violence in this country or around the world. In essence, we have a toxic love affair with the way the world used to be and our next generation is quite literally sitting around thinking, “WTF is going on? Didn’t my mother teach me to be different?”

The term “alpha male” is really not the problem. The fact that people still love an alpha male is not the problem either. The problem is the complete lack of understanding of what it really takes to reach that level of leadership in your community. It is a serious commitment to your personal development, your health, and learning to manage your emotions. Most men simply do not want to do the work so they try to mimic the actions of an alpha male. Unfortunately, they are mimicking the actions of a toxically insecure person who has not done his personal growth work. Since we have such a high rate of toxic insecurity in this country (and around the world), it seems like the strategy works — except that it only leads you to partnering up with someone equally as insecure. Toxic insecurity goes both ways. Toxically insecure people often confuse abusive, narcissistic behavior with real leadership capabilities.

A true alpha male doesn’t have time for any of this nonsense. He’s too busy working on himself and waiting to meet the partner who he can build an empire with. He knows if you can nix any toxicity out of his system by being aware of the people he associates with, taking care of his health (especially his testosterone levels), taking care of his mindset, and focusing on a spiritual practice (like meditation), he will meet his goals. A true alpha male in the 21st century is not like anyone we have ever seen before.

Change is not easy for any culture. However, learning what terms actually mean and how or why they have been used in the past can give an entire generation the permission to redefine it and use it in a much more positive way. We don’t have a war on men (FYI a toxically insecure mindset), we simply have confused what is old and what is new. Replacing toxic insecurity with EQ and emotional security will not be an easy task for our next generation but I have full confidence that they will achieve their goals.

Who looks outside, dreams; who looks inside, awakes. — Carl Jung

This post was previously published on The Startup and is republished here with permission from the author.
—

About Dr. Jennifer B. Rhodes

Dr. Jennifer B. Rhodes is a licensed psychologist, relationship expert and the forthcoming author of Toxic Insecurity: Our Search for Authentic Love. You can connect with her on Twitter and Instagram @jenniferbrhodes.

The gods must be messing with me. They seemed to have erased my comments. So, I’m trying again. Thank you, Jennifer, for your insightful, engaging, and interesting article. I agree with you that the term “alpha male” isn’t the problem, but our misunderstanding of what that means. In the animal kingdom the alpha wasn’t necessarily the biggest and baddest beast on the block. He was the one who was successful in keeping himself and those he loved alive and well. He was the one other males respected and other females wanted. Us human animals want similar things and like all… Read more »

Thank you for dedicating your career to working with men and helping them achieve all their dreams. It is very important work and I’m so glad you reached out! I believe the pick up artist movement has contributed significantly to an erroneous view of what an alpha male really looks like for our current generation, but this, of course, has been an ongoing issue for a long time. It seems we are due for a course correction and we need to repair a lot of the distrust that has come forward since #metoo. “Alpha males have a life long commitment… Read more »

Facebook25Tweet3Pin1EmailShares29
wpDiscuz
2
0
Would love your thoughts, please comment.x
()
x
| Reply
Share this ArticleLike this article? Email it to a friend!
Email sent!