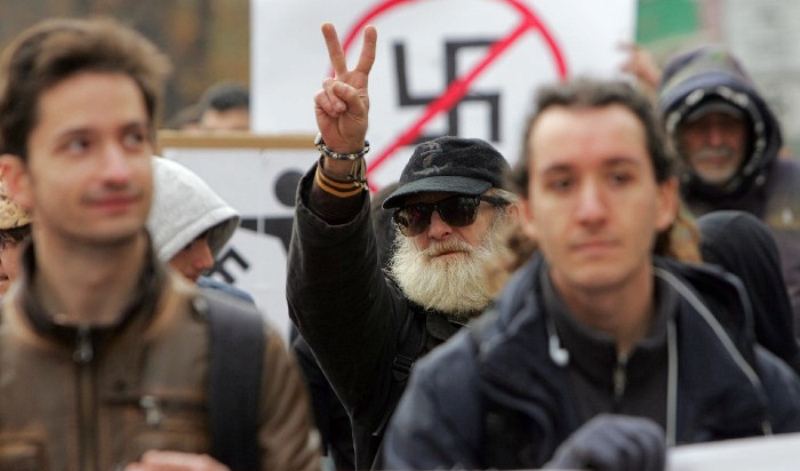 Surely not all white people are racist… right?

So where are all the good, well-intentioned, “anti-racist” white people?

How do I know? Because I’ve been hiding with them, right in plain, suburban sight.

Honest question: why is white power such a bad thing?

This is not a post airing my grievances with that fact, it’s just a question about an observation. If you’re a Nazi or a Skinhead and you’re thinking, “hell yea brother! White Power is the way!” then keep reading… “brother.” I’m not here to shout my worldview into your violent echo chamber.

Ok, everyone else still with me? I know this is a tough topic to discuss.

Having said that, I assert the following:

This message is for my well-intentioned white peers who are afraid of the term “white power” because of what Nazis, skinheads, and frankly the US Government, have historically done with it. It’s for white people who shudder at the phrase and feel the need to hide any semblance of power they have.

White power only carries a negative connotation because the term has been attached to extreme, misguided (nicer term for evil) cases. Not surprising either because honestly, that’s all we’ve seen nationally and internationally… so far.

I am not making excuses for these radical views. I’m not giving them a pass. I’m offering a broader angle from which to view the same thing.

Conversely, the term “black power” doesn’t carry that same negative connotation… unless you’re a bigot. So why is this?

Honestly, I’m not sure, but I have a hunch. Now, I’m no history buff, but when I think of powerful black men, I think of Dr. King, Malcolm X, Colin Kaepernick. People who stood squarely in their power and landed on the right side of history, knowing they were going to take shit for it.

When I think of powerful white men, it’s hard for good ones to come to mind. When they do though, I think of Abe Lincoln, Teddy Roosevelt, John F. Kennedy… Pretty stand-up list. These men are all white. So too did they land on the right side of history, but they also donned the powerful title of POTUS.

So when the semantics switch to “white power,” why do we all of a sudden think of people like David Duke, Donald Trump, and… Adolf Hitler? These men are all white. They had, and have, an immense level of power.

So how do we draw the line between white power nutjobs and just mostly good-hearted white dudes who have power?

Ownership of the truth.

All of these men technically fall under the umbrella of “white power”, yet the good ones aren’t associated with the term.

Now, before going on I must disclose that I’m shifting the focus to power as it relates to men. Doing this for two reasons.

One, the majority of “positions of power” in the United States are held by men.

What makes power such a powerful thing?

To try to understand this, I leaned on the writings of Robert Moore/Douglas Gillette, and psychologist Carl Jung’s theory of the ego’s shadow.

Psychologist Robert Moore co-authored a book with mythologist Douglas Gillette: King, Warrior, Magician, Lover: Rediscovering the Archetypes of the Mature Masculine. In this body of work, they postulate that men embody four archetypes.

Here I want to talk about the King and Warrior archetypes. The theory is that a mature man who embodies the full archetype is incredibly powerful, some might even say divine. There’s a flip side, though.

The responsibility to fulfill each archetype falls directly on the man. If this responsibility is neglected, a man’s power is not weakened… rather his behavior will gravitate towards one of the two bi-polar shadows of the archetype, and still have powerful consequences. 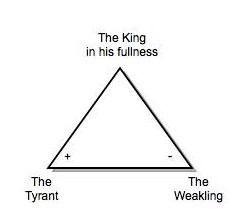 If we apply this model of archetypal power to white men and our role in race relations, then technically “white power” has 3 prongs.

These archetypal models are dynamic. A man can get thrown off-center and wind up acting out of one of the shadow poles. A responsible, mature man takes it upon himself to own up to his behavior and constantly work to re-center.

When I hear the term “white power” the imagery is that of neo-nazis and skinheads. These negative optics are what resonate most in the media, and thus are both perpetuated and shunned. But if I broaden my view of the whole archetype of white power, I see that this imagery is associated with only one pole of the model.

The Tyrant And The Sadist

Christian Picciolini writes about these groups in his novel: Romantic Violence: Memoirs of an American Skinhead.

His viewpoint is unique because, well, he led the largest American Skinhead Movement… in the late 1980s and early 90s. This shit did not die along with Hitler.

These kinds of radical, violent groups take on the active shadow archetypes of the King and the Warrior. Their calls for the oppression of non-whites are nothing short of tyrannical, and their violent acts are grotesquely sadistic.

There are many recent examples of this extreme pole of the archetype. One that hit particularly close to home for me was the 2019 shooting at the El Paso Wal-Mart. This is a clear case of tyrannic and oppressive king energy calling on the sadistic shadow of the warrior.

We are familiar with the above, active shadow archetype. It keeps our eyeballs glued to the news. In the context of white power, it shows up as overt racism, aggressive bigotry, and xenophobia.

So what about the passive shadow?

The Weakling And The Masochist

I read this quote in another post and it hit me like a G-wagon in a Nazi motorcade.

This, I believe, is what’s becoming more prevalent in today’s discussions about white privilege and the Black Lives Matter movement.

White people are afraid to step into their power and do good because the narrative has been that to be white and in power is a terrible, terrible thing.

So I stay silent.

I know that’s my default mode. That’s how my personality is, I tend to default towards the passive poles of the masculine archetypes.

So for too long, in the face of hard discussions like race, I’d tend to avoid them (weakling energy, think “good cops” standing by) and then ruminate on my silence, torturing myself by replaying the situation over and over again in my head then beating myself up for it. (masochistic energy, think victim mentality and “white tears”)

The commonality here is my silence. Staying silent is still a choice though, and inaction is still an action.

Here’s the thing I’ve learned about silence, it’s powerful. Very powerful, some may say even more powerful than the loudest tyrant or the meanest sadist.

My silence has been driven by the fear of my power. As a white man, I’m afraid of it because of what I’ve learned about “white power” and because of the stereotype carried by the old, rich, white dudes in power.

And in addition to those powerful impacts, something subtle happens when you shun your power because you think it’s bad… you forfeit your power to do any good.

The King And The Warrior In Their Fullness

What can healthy white power look like? How do we model the masculine King and Warrior archetypes in the context of race relations?

For me, this means realizing my white privilege allows me to do good and influence other white people. The privilege of not being written off as another angry black man gives me a leg up when it comes to being heard by white ears.

Michael Welp discusses this in his work, asserting that white men are on the “inside” when it comes to official power structures. So it’s time white men take responsibility for diversity and inclusion, too.

Diversity is a good thing, yes. But diversity for diversity’s sake only brings in token minorities and still leaves them feeling as if they are “outsiders.”

A centered man who embodies the King archetype can remain centered in the face of this “otherness.” He does not cower in fear and stay silent, nor does he automatically perceive otherness as a threat and go on the defense. He listens.

He doesn’t suppress the feelings of anger or shame that come up in a conversation about race, but he doesn’t lash out from them in the moment either. He acknowledges them and stows them away in the support structure he has built for himself to unpack later. This emotional labor allows him to stay present in the moment and listen to the human being he is interacting with.

A white man embodying the King archetype chooses to do this emotional labor, knowing that he does not have to in our current system and knowing full well how easily he can weaponize his discomfort. He does it because he knows it’s the difficult, right thing to do, and it benefits everyone in his “kingdom.”

He willingly takes on this responsibility because he knows the consequences if he doesn’t. An off-centered king calls on his warriors when they are not needed. All this does is harm the people involved because the man in power did not take responsibility for that very power.

That’s the thing about power. We all have it, but no one wants to believe that because it would require taking responsibility.

Right now there are lots of white people like me. I don’t want to believe that my silence has any power. It’s about damn time I take responsibility for that. 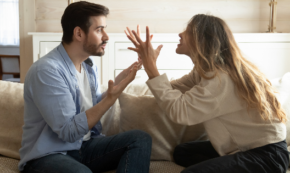 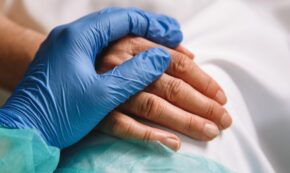 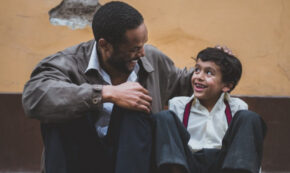 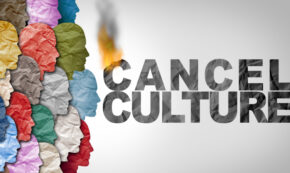