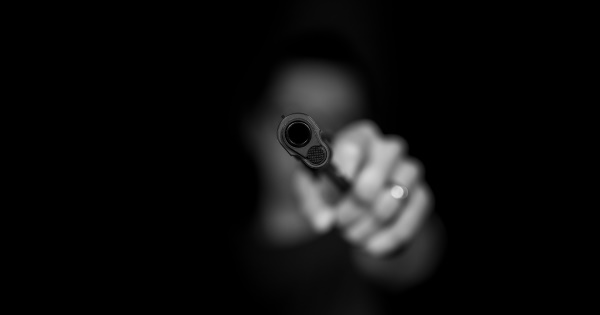 I am a public school teacher. As a result, I have experienced what is becoming a frequent event in public schools: The Active Shooter Lockdown Drill.

I will begin by pointing out that there is not a single drill; it is a spectrum event, from the relatively boring to the downright terrifying. On the boring end is a drill that is similar to tornado and fire drills. While the latter drills involve sitting in the hallway or standing outside for a few minutes, the “boring” version of the lockdown drill involves locking the classroom door, pulling down the window blinds, and standing in a corner out of sight.

About a decade ago, before the shooting in Newtown, this was considered the best practice. But when the shooter in that case walked down the hallway, picking off entire classrooms of students like sitting ducks, “best practice” about what to do in a school shooting changed.

Now, best practice generally involves a multi-pronged response. If evacuation is safe, that’s the best route. First choice: Run out the door and leave the building, meeting at some remote, previously agreed-upon location. Second choice: Lock the door and go out a window. This is the preferred response if the shooter is known to be elsewhere in the building.

If evacuation isn’t safe, the second choice is to lock the door, cover the windows, and hide, just as before, but only until the shooter is close to the room. This route is preferred if the shooter is too close to make evacuation the preferred choice, but not immediately present.

If the shooter is in the immediate area, especially if they’re in the same room, the best practice is to create chaos. Run around. Throw objects at the shooter. Scream. Do anything possible short of physically attacking the shooter in order to reduce the risk of harm or death.

We could get into the politics of the fetishization of gun ownership that has created the situation we’re now in. I’ve written about that in the past myself. Instead, in this article, I want to focus on the lockdown drills themselves.

Naturally, I think that it’s a good idea to be prepared for crisis. I always wear my seat belt. I’m a defensive driver. I have a ten year old and have talked to him about the disparity in how police treat Black people, and how he should be mindful of this when he’s with his Black friends. He knows what to do in the case of a fire. When he’s home alone, the doors are locked and he has his cell phone handy.

So I think it’s a fine idea to make sure students are prepared for what is still, despite the horrific stories, a very statistically unlikely event that they will be involved in a school shooting.

What I question is whether the current, often frequent, often violent lockdown drills are the best approach to that. What I worry is that we as a society have become so wrapped up in an emotional response to horror that we’re not having a robust conversation about whether specific responses are appropriate, or even whether they do more harm than good.

If it turns out that today’s mass shootings increase the likelihood of a mass shooting tomorrow because of traumatizing youth, shouldn’t that be examined?

And how do we square the concept of “trauma-informed teaching,” a major issue in contemporary education circles, with drills that may well be causing permanent trauma for the very children we’re trying to protect?

When I recently criticized the concept of lockdown drills in a local parent discussion group, I was told that they’re not substantively different than fire and tornado drills.

I disagree. Tornadoes are natural events. While it’s true that anthropogenic climate change is probably increasing their frequency and severity, there’s no direct connection between individual human behavior and tornadoes. Having a tornado drill is not going to effect whether or not there’s a tornado.

More importantly, having a tornado drill does not involve telling children that there are people who do evil things in the world. It may teach them an irrational fear of natural phenomena, but we should have wariness about destructive natural phenomena regardless. The question is whether the risk of the events is proportionate with the anxiety created by a drill.

However, school shootings are always the result of human malice. There is no way to have an active shooter drill without informing children that there are people in the world capable of such acts. And since most school shootings involve graduates or even current students of the school, an active shooting drill communicates: You could be at risk from someone in the room right now. Someone in the room right now could, in the future, try to kill you.

I feel like lawmakers who want to arm teachers underestimate the psychological effect of a teacher shooting a former or current student dead. I feel like the people who devise some of the more extreme active shooter drills underestimate the psychological effect of a child hiding from or even throwing objects at a “shooter” in order to save their own lives.

There is also a difference between announced and unannounced drills. When drills are announced, students are generally aware that they are in a drill, that there is no real risk to them. However, some active shooter drills are unannounced, leaving students confused and terrified until the “All Clear” is called and the situation is explained to them.

In extreme cases of drills, students are encouraged to throw objects at the person pretending to be attacking them. Teachers have discussed professional development activities (only involving adults) where they’ve gotten bruises from being shot with pellets. Stories like this give me pause about whether some drills are going too far, in the name of safety.

As a member of Generation X, I remember being terrified of Reagan finally having enough and deciding to Drop the Bomb. One of the most terrifying moments of my life was when the cable TV turned red with a deafening klaxon, the message saying to stay tuned for an important message regarding an emergency. I was convinced that this was the end.

It turned out that a local hardware store had been selling the wrong type of gas, and buyers who used the tanks might cause explosions. An emergency, to be sure, but not the one I’d been prepared my entire childhood for.

Are we creating a generation of similarly frightened children, who will grow up paranoid of the next stranger that walks into the school, the college, the shopping mall? Are we making children more prepared, or are we needlessly traumatizing them?

And, worse yet, but inuring them to the concept, are we helping to breed more shooters? Our cultural stressors are not so unique as to justify our great disparities in shooters. We still don’t have a clear understanding of all of the causes for why men resort to mass shootings so disproportionately to our culture. I think it’s crucial that we tread carefully in what and how we teach children about these events.

As a teacher, I will continue to support the lockdown drills that my own school engages in. But I do hope that we as a culture can move towards a more nuanced collective discussion about which types of drills are appropriate.
—
We have pioneered the largest worldwide conversation about what it means to be a good man in the 21st century. Your support of our work is inspiring and invaluable.

—
Photo by Max Kleinen on Unsplash

Facebook78TweetPin1Email1Shares80
wpDiscuz
0
0
Would love your thoughts, please comment.x
()
x
| Reply
Share this ArticleLike this article? Email it to a friend!
Email sent!