Get Daily Email
Join/Login CLOSE
Home / Featured Content / Life Is a Playground: Reflections on Rob ‘Gronk’ Gronkowski Coming Out of Retirement to Join the Buccaneers 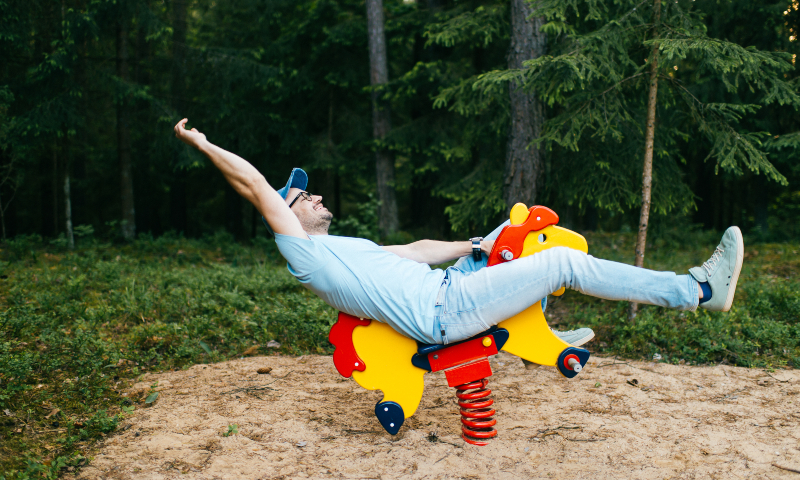 After his 20 years with the New England Patriots, the GOAT (Greatest of All-Time) Tom Brady, is now the quarterback for the Tampa Bay Buccaneers. He joined Coach Bruce Aryans and star wide receivers Chris Goodwin and Mike Evans.

In 2019, Tom Brady was bereft of requisite weapons as a wide receiver, dudes who couldn’t get separation from defenders. Tom severely missed his favorite target BFF Rob “Gronk” Gronkowski, who retired in 2019 following their Super Bowl 53 victory. Gronk had consistently made big plays by getting open, as Tom did his progressive receiver ‘check down’. After his 9-year Patriot career, Gronk retired at 29 years old. He might have been the GOAT NFL tight end.

Tom Brady and Bill Belichick were the greatest quarterback–coach duo in NFL history, playing in 9 Super Bowls, winning 6. Bill contributed to Tom becoming the GOAT. Still, Tom told Patriots owner Robert Kraft, who saw Tom as his son, that he wanted to leave the Patriots. So why did Tom choose to leave and play with the Buccaneers? Well, only Tom knows for sure.

Tom’s first love is playing quarterback. I believe that’s a large part of Tom being the GOAT. He has such joy for the game. Sure, Tom wants to win. Really, for Tom, it’s about having fun. Having joy in what he loves to do. I believe he was no longer having that fun playing for the Patriots.

Perhaps, Tom and Bill’s 20-year relationship was strictly professional. That’s a little weird. Bill Belichick may also be the GOAT General Manager (GM) of the NFL who dispassionately monetizes all Patriots assets, including his 42-year-old quarterback Tom.

Maybe Tom is now playing with the Buccaneers because Bill didn’t give Tom some love. By that, I mean that Bill didn’t let Tom know that he authentically appreciated him. Perhaps, if Bill told Tom, “Son, I’m proud of you” that might have gone a long way. Perhaps, Tom would have stayed? Just asking. Then again, I don’t know.

Now, Rob Gronkowski is coming out of retirement to play with Tom Brady and the Tampa Bay Buccaneers. The Patriots traded the final year of Gronk’s contract to the Bucs for 4th and 7th round NFL draft picks. The COVID-19 pandemic permitting, the Bucs are set to make a credible Super Bowl run. Yeah, Tom and Gronk are older with their zeniths passed. Still, Tom and Gronk get to play together again. They get to share in the fun. The bigger picture is about joy and having fun. Amen.

I have nothing but mad love and respect for “Gronk”. Yeah, Rob is the larger-than-life, young, handsome, fun-loving “party dude”. Yet, Gronk’s heart is way bigger. He goes out of his way to visit and support kids with terminal illnesses for Make A Wish Foundation and responds to social media requests from kids suffering in hardship. The kids get that he’s the real deal.

On the Tonight Show with Jimmy Fallon, Gronk said that night after the Super Bowl he could not walk. In fact, he had an indentation in his thigh from that hit on the field. Although he didn’t announce his retirement until a few months later, he knew, “It was over.” Like Tom, football is his first love. He has nothing, but mad love respect for the game.

A few months later, in an online promotional video, Rob described his heartbreak having to leave football, not because he lost the love for the game. His body just couldn’t take it anymore. What he had to do was heal his body, and in some sense heal his soul. I heard him. I so relate. Tom and Gronk love football like I love Aikdio. We’re never more alive or self-expressed than when we get to do what we love.

Now, that Gronk is healed up, he’s ready to make a Super Bowl run with his bro Tom. I really don’t think they care if they get there. They know that regardless, they’re going to have fun together. That matters.

I loved Director Peyton Reed’s “Yes Man” (2008) starring Jim Carrey and Zooey Deschanel as Carl and Allison. After sneaking their way into the Greek Theatre at night, Carl and Allison sat back staring at the empty stage.

Allison says, “The world’s a playground. You know that when you’re kid, but somewhere along the way everyone forgets it.”

In the bigger picture, life is a playground. It’s about having as much fun as we can while we’re here on Planet Earth. Mizukami Sensei taught Bobby and me Aikido for many years. Now, Sensei Bobby teaches me. This has been our amazing 30-plus year journey together. Now, while learning the new old school basics and reinventing my Aikido, I’m having more fun than I have in many years. I get to share the fun with Sensei. That matters, too.

Cheryl and I love the same kinds of movies, so much so, that we’ll risk seeing a movie that either wants to see. My movie critic friend Michael Phillips of the Chicago Tribune recommended the independent movie “The Photograph” which I asked Cheryl to see. We both loved it. Our schedules changed up on a Friday. Cheryl asked if I wanted to see “Birds of Prey” with Margot Robbie at a convenient showing. Yeah, sure. We laughed out loud and had fun. In “Birds of Prey”: “You can kick high in tight pants.”

We all need to remember that life can still be “a playground.” It was designed to be. In the bigger picture, life is about the fun and joy we can have while we’re here on Planet Earth. A lot of that is sharing that fun with those for whom we have mad love and respect. Just saying.
—

Facebook17Tweet1Pin1Email1Shares20
wpDiscuz
0
0
Would love your thoughts, please comment.x
()
x
| Reply
Share this ArticleLike this article? Email it to a friend!
Email sent!