Sometimes memories are foggy, and other times, remembering a couple of words makes them crystal clear.

My father died just before his 52nd birthday.

I was twenty-five, married, with a mortgage and a growing family and career.

It felt like I was just beginning to really know my father. I was angry that he’d been snatched away from us so early.

The memories of my father float in and out of my mind. Some are rich in detail, some, are foggy and difficult to recall.

Many of these memories comfort me, while others come back to haunt me.

These are some of those memories…

My father was born in the 1930’s and was a middle-class corporate man by the time he was in his 20’s. An accountant by trade, he worked diligently to provide for his growing family. We lived in a moderate-sized home in suburbia. My parents worked hard, saved money, and looked for ways to create income outside of their regular jobs.

My dad fixed up the homes we lived in and resold them for more than what we paid for them. He was a self-taught renovator, asking for help from family and friends when needed.

He was a man of few words. He was a doer. He let his actions speak for him. If something needed to be done he did it: working longer hours, taking on renovations, driving us kids to activities, looking after us while Mom worked in the evenings, or doing yard work and gardening with her.

I never heard him complain. Ever.

I have a clear memory of him breaking his wrist playing tetherball with me when I was twelve. He mis-timed hitting the ball and his wrist slammed into the metal pole. He doubled over for a second, clenching his teeth and clutching his arm. He walked away calling out to my mom that he needed to go to the hospital.

He returned with a cast on his arm and never mentioned it, other than when it got itchy.

He was that kind of man.
He was not one to share his accomplishments. When he changed jobs, got a promotion or pay raise, my Mom initiated the celebration. Dad seemed to be a bit uncomfortable with the whole thing.

Dad had a calm demeanor and seemed to be content. He was the first man I saw get teary-eyed while watching a sad show. He smiled often and liked a good laugh. He genuinely seemed to enjoy life. I never saw him angry. I saw him upset a few times, but he never raised his voice or lashed out in any way.

He wasn’t physically active as a runner or an athlete. I wondered why he didn’t run around with us kids more as other fathers did. He encouraged us in our schoolwork and activities, always showing interest in what we were up to; never judging, and always positive.

He was always there for us. He was a man of action, doing what needed to be done to provide for his family and make a better life for us. He did it without complaint.

I Remember My Father as a Quiet Provider

He was 48 years old when he was rushed to the hospital with heart failure. He needed an artificial valve. It didn’t make sense, as he seemed perfectly healthy. That was until my mom told us the story…

Dad had Rheumatic Fever twice in the space of two years as a child. There was significant damage to his heart. At the age of 20, the doctor’s told him that he’d probably not live past his 30th birthday. In spite of this, my father became a certified accountant, wed my mother, and to the surprise of some in the medical community, he lived through their honeymoon and helped raise four children.

I empathized with my parent’s decision to keep Dad’s medical situation to themselves. They didn’t want us to worry.

The revelation of my Father’s heart condition changed my perspective of him forever. I understood why he behaved the way he had. I was proud of him for how hard he worked to provide for his family. I was humbled by all that he’d done for us, getting up each day, knowing that it could be his last, and doing it all in an unassuming way, with integrity.

He died the morning of August 25, 1986 when his artificial heart valve failed.

I regret that I rarely told him how much I loved him, or how proud I was of him, and to be his son.

I believe he chose to make the best of his life, seeing every day as a gift.

After he died, I vowed to be the best father and provider I could be for my family.

My Father Was My Hero.

It took another twenty-five years for me to understand that I was not my father. He was his own man, with his own set of life circumstances and experiences that shaped who he was.

I am a different man with a different path to follow. I no longer define myself by a ‘quiet provider’ persona.

I am grateful to my father for the sacrifices he made and the resolve in which he lived his life.

It is my father’s courage that I wish to aspire too. I want to face my challenges with my father’s spirit. I choose to live knowing that each day could be my last and to make the best of every opportunity.

My father was a quiet provider, but he was much more.

He was quietly courageous.

I love you, Dad. I miss you. Thank you for being my father.

Rick is inspired to help motivate men to get unstuck.
Men can recover from the societal stigma of what masculinity "should be". He encourages men to be self-empowered, to be responsible for their own lives, and consciously choose the man they want to be.
My Website: http://rickfortier.me
Twitter: @IAmRickFortier
FaceBook: Rick Fortier
LinkedIn: Rick Fortier 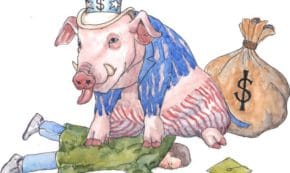 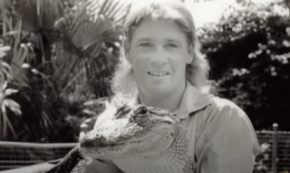 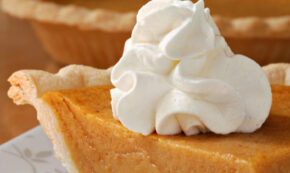 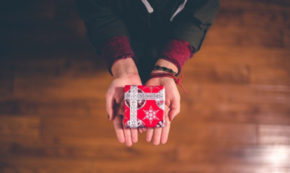 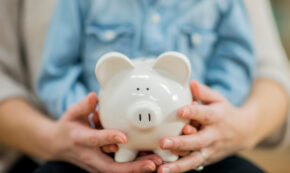