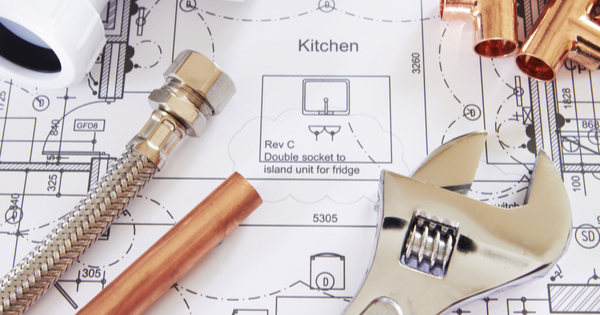 Trigger warning, this post involves relationship issues, if this is your hot button, skip to the bottom, and just read the anecdotes. Next week I’m writing about why no one wants to fold the laundry; it’s not much safer, you decide.

After much deliberation, I’ve come to the conclusion my needs are not being taken seriously, the competition for common goods, funding, and resources is totally rigged. For example, today I enter the house, my home, our sanctuary after a grueling day at work, starving, with an urgent need to pee, and I’m shocked to find the house in total disarray, without even a courtesy text!

A simple, “Honey, I’m having the house re-piped, it’s sort of a mess, go straight to the Hyatt Regency, check-in, relax, I’ll have a bottle of wine sent to the room, we’ll grab dinner downtown. I’ll bring a bag with your toiletries and a cute outfit for tomorrow.” Okay, honestly that’s a little fantasy of mine, it’ll never happen, but at the very least, “I’m having the house re-piped, it’s a damn mess, no water, use the bathroom at work.”

In what I would call a rash attempt to remedy our cloudy water, sluggish pressure, and rusty connections Larry decides all by himself to have the entire house repiped. Now I think it’s important to mention when I recently told him, “sweetheart we need to update our thirty year old kitchen, it’s a catastrophe waiting to happen, the old grout is a harbor for bacteria,” and we ended up with a new driveway? What the hell?

A journey is like marriage. The certain way to be wrong is to think you control it. John Steinbeck

So I walk into a completely TORN up house, I’ll admit my reaction was less than stellar, but without prior knowledge it was a little shocking. What if Larry came home from work and I had the Property Brothers from HGTV remodeling my kitchen? Exactly.

The contents from under the sink are strewn across the kitchen floor, in every room the furniture is shoved towards the middle so they can carve these gigantic holes in the sheetrock, the house is swarming with men, I won’t even reference the dust, grubby toolboxes (a clear tripping hazard), dirty pipes piled everywhere, and no water. Did I mention I need to pee?

“The strewn and tangled wreckage that litters our lives is the precious raw material from which great beginnings are forged,” says Craig Lounsbrough. What else can you do? I grab an expensive bottle of wine, step over a worker to reach a clean glass, and plant myself in the dusty living room.

When Larry passes through I politely ask, “it’s 6:00 pm Lawrence Joseph when in the hell are they leaving?” It’s a fair question. He’s running from room to room checking on the work, covered with dust, looking rather frantic. “I have no idea.” Not what I want to hear.

What I do hear is a study stream of water coming from the guest room? I assume someone is working back there, so I continue to sip my wine, while I consider dinner options. Larry comes by, grabs the glass right out of my hand, and takes a sip, “I think they’re finishing up.” He looks so satisfied? This is when he hears the water coming from the back of the house and sort of runs towards the deluge with my glass. “Hey, dude!”

He screams, “we’ve got a problem back here,” his voice an octave higher than normal, slightly alarmed I watch him run to the garage with my glass, sloshing wine as he goes. Men are running everywhere yelling in Spanish. I see a dry vac get dragged to the back of the house. There is a lot of commotion so no one notices me drinking right from the bottle. Apparently there was an unexpected leak which resulted in a unfortunate flood. An hour later they left. I still have to pee.

With the furniture eschew, gapping holes in the walls, and water available only in the master room I forge a new plan. I don’t know about you but I’m not a happy camper. Larry says, “good news, my Mom invited us to dinner, but they already ate, maybe we can run over and see if they have any leftovers?” Perfect.

Larry says, “And just so you know they’ll be back tomorrow to finish up.”

“That’s my day off!” I have eight loads of laundry to catch up on from the lake house, a blog to write, and a hundred journals to grade.

“Will there be water?”

“How about the noise?”

Are you thinking what I’m thinking? Yeah, I don’t think it’s legal.

The next morning while I’m sipping coffee in bed, Larry comes running in the room, “get dressed, they’re here.” I sort of fly out of bed so I can use the restroom, dress, and brush my teeth before the workers descend, and the water is turned off. I set up a table in the bedroom for grading but little did I know “pretty loud” is seriously an inaccurate term. I had to dig up some earplugs from a recent flight and go about my business amidst the dust, sawing, and hammering. I ended up using the facilities only five blocks away at the local Starbucks.

Strange men have been creeping through the narrow crawl space under my house for seven hours, pulling out the old galvanized pipes, and replacing them with copper ones. It’s a complicated process. Renovating a home with a significant other is one of the ultimate tests of relationship endurance don’t you think? My strength is noticeably waning.

Have you ever attended a marriage seminar for people who hate seminars? Our friends did and they came away marriage intact, slightly amused, and in total agreement about the subtle nuances between the way men and women operate.

If I remember it all correctly, Travis Bieberitz (the speaker), says men’s brains are made up of little boxes. A man has a box for every subject… job, money, car, driveways, wives, etc., and the rule is the boxes NEVER touch. When a man discusses a particular subject, he goes to that particular box, opens the box, and discusses ONLY what’s in that box. Then he closes the box, puts it away, careful not to touch any of the other boxes.

Women’s brains are very different. Women’s brains are a wad of interconnected wires, so dense they form an impenetrable ball of circuitry, no issue stands on its own, because everything is CONNECTED, and apparently driven by emotion. Which is so true.

For example Larry’s “driveway box” was created a decade ago, it sits front and center in his wee brain, and the only thing in the box is pavers. That’s it. His “re-pipe box” is right behind the driveway box but not touching. As opposed to the little box hastily created on “Cheryl’s kitchen,” which is stored somewhere in the back of his brain, and it’s totally empty. So we have a newly paved driveway, new pipes, and no kitchen. I’m annoyed.

I’m sure he has a box to deal with my annoyance but while his “new piping” box is open he has no access. My circuitry is going haywire and he’s walking around with a cup of coffee, smiling at the progress, completely unaware of my near overload. Sometimes I want his brain. Deepak Chopra says, “if you restore balance in your own self, you will be contributing immensely to the healing of the world.” What a lovely thought.

Remodeling is like a crash course on the viability of a relationship. You find out what you and your partner are made of. Large sums of money are involved, plus ego, personal preferences, childhood dreams, high stress, forced collaboration — the list goes on notes Peter Pearson.

I found an interesting exercise for couples who might be considering a remodel. Each person writes down 10 ideas or desires they have in relation to project ideas and exchange them with their significant other. Then each person circles the things that are similar, checks the ones they can compromise on, and crosses out the ones they completely disagree on. Are you laughing? Yeah, like on the floor, rolling around, kicking your legs in the air?

So deciding on a budget and putting in a wine bar are our only common areas of interest. But somehow we ended up with pavers, copper pipes, and I’m pretty sure the outside refrigerator is stocked with beer? “I think remodeling is in some way a litmus test for what your current relationship is and what it could be,” says Peter Pearson.

Pearson also says the key to successful negotiation is nobody points a finger, instead of saying, “Get the hell out of my way, I WANT a functioning kitchen,” try, “We seem to disagree on an acceptable budget for the remodel.” Clearly this guy has never met my husband.

It’s more complicated than it sounds and at times it will degenerate into a little mud slinging. At that point I agree water pressure is key. Pearson also advises don’t be distant intimately during a remodel. Really? After a very long day Larry walks up to me, pulls out my earplugs, and says “dinner out tonight?” Now you’re talking and maybe I’ll consider bringing the project into the bedroom. Oh Lord, that is sure to mess up his boxes!

I’m Living in the Gap, you can drop by anytime, because I don’t live in a box!

FacebookTweet4PinEmail1Shares5
wpDiscuz
Share this ArticleLike this article? Email it to a friend!
Email sent!