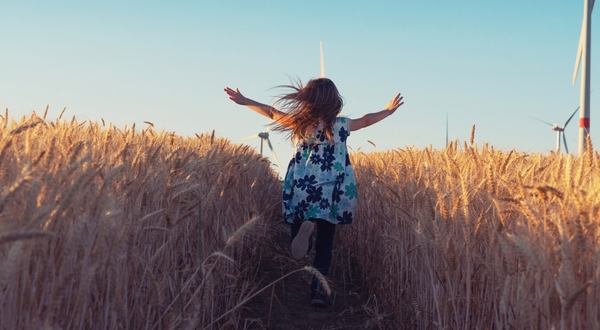 —
In a world that has been highly reliant on coal and petroleum for centuries, is it difficult to imagine that soon, we shall reach a point where it is no longer economically advisable to do so?

Well, believe it or not, that time is soon coming (or is already here). Scientists and industry experts all agree that very soon, we will reach a renewable energy tipping point, wherein the cost of generation of electricity will become much cheaper than through traditional methods of coal and diesel/petrol.

In the last few decades, the cost for renewable resources, particularly solar and wind power have been falling at a dramatic rate. For example, in the 1990s, the cost of installing a solar panel was upwards of Rs 250/watt in India. That cost has come down to Rs. 60-70/watt in 2015 on the grid system. With backup, the cost of a solar panel is around Rs 150/watt.

The same is true for many countries around the world. In fact, Germany, on the back of massive incentives, managed to bring down the cost of solar panels drastically, encouraging users to shift to solar energy. So much so, that the country now produces almost 40% of its electricity needs from solar alone, on a good day.

Wind power is also seeing similar reduction in cost due to increase in size and efficiency of wind turbines. Bigger size allows for greater electricity output. Here’s an example-

Various energy and development countries around the world have researched and concluded the same thing. According to Crown Agents, a development company, 2018 will be the year that renewable energy becomes cheaper, saving up to 80% in capital for developing countries in their pursuit towards development (source).

The key takeway is that in part of the world today, and soon the entire world, the LCOE of renewable sources of energy is going to fall below the price of power obtained from the grid.

In the US, renewables are increasingly contributing to energy production; upto 40% of the total energy generation according to a very recent article on Nature (I recommend you give this a read). Even China, a country that developed on the back of tremendous use of coal for energy, is now investing in renewable resources that has helped reduce the country’s carbon footprint. This is in line with the plan outlined in 2008, where China wanted to have solar panels producing upto 2 gigawatts of power by 2020. They will easily achieve this goal. West of China, India has also come up with an ambitious project to leverage the ample sunlight the country receives. The government plans to install 100 gigawatts worth of solar panels by the year 2022.

HOW IS THE COST OF RENEWABLES COMPARED WITH TRADITIONAL SOURCES?
A widely accepted unit of measurement of the net cost of energy producers is the Levelized Cost of Energy (LCOE). LCOE is the net cost of energy production and usage over the entire lifetime of an asset. It accounts for the cost of production, transport, time of usage, discount rates (if any), and various other factors. LCOE calculators are available online, one of which is this.

The key takeway is that in part of the world today, and soon the entire world, the LCOE of renewable sources of energy is going to fall below the price of power obtained from the grid. This is called grid parity. Once grid parity is achieved, it is highly likely that businesses and industries will prefer to switch to renewable resources. Building of new coal plants will now be out of the question.

Soon, another stage will be reached where it will be costly to even operate an existing coal/hydro plant as compared to generating energy from renewable sources. This could be a second tipping point in the global energy market, according to Michael Liebreich of the Bloomberg New Energy Finance.

HOW DID WE REACH THIS STAGE?

In a world that is heavily reliant on coal and hydro power, where the world governments were highly reluctant to switch to renewables fearing market collapse, how did we reach this stage?

The answer lies in the proactive action of renewable energy companies. Solar companies heavily invested in new technology and cheaper methods of producing photovoltaic cells, and produced solar panels in large quantities (source). As a result, the price of panels fell drastically in a very short period of time. Subsidies on the part of some governments only helped this change.

When it comes to wind power, simple physics mandated that the size of the blades and the height of the wind mills would need to be more if more wind energy had to be produced. And that is exactly what producers and manufacturers did.

WHAT DOES THIS MEAN FOR THE WORLD?

Well, the news is largely a good one. Due to this monumental shift, countries and companies that quickly shift to renewable sources of energy and modernize their power consumption are going to find it much cheaper than their old alternatives. In a few years, this trend will easily reduce the carbon footprint of major world economies like the USA, China and India.

Normal consumers are going to find electricity consumption much cheaper than before. Also, renewable energy comes with a sense of autonomy. Consumers can, if they want to, privatize their energy production almost completely by installing solar panels on their rooftops (or even wind turbines, if you have the space).

As a result of large scale change to renewable sources of energy, a lot of countries will massively reduce their carbon footprint, allowing them to meet the ambitious goals of the Paris Agreement and also limit the warming of the planet.

The downside is the infrastructure. Countries like India have heavily invested in coal plants in the last couple of decades. Soon, these plants will become redundant. Already, many of the old plants that are being phased out are being replaced by renewable sources of energy. Gird parity in India has already been achieved, and soon, storage efficiency and long term reliability will follow. According to the Central Electricity authority of India, India is already the largest producer of renewable energy in the world in terms of wattage. Institutes like the Mahatma Gandhi Institute of Rural Energy and Development are promoting the use of renewable sources of energy in rural India.

What then, will become of the immense resources and investment specifically aimed at coal and hydro plants of the country?

Overall, the tipping point for renewables will mean that the 1.1 billion people living without electricity even today, now have a greater chance of seeing the “light” during their lifetime. And that, I believe, is a win for humanity and development in the right direction.

—
This post was previously published on www.eco-intelligent.com and is republished here with permission from the author.
—
Photo credit: Istockphoto.com

Facebook19Tweet6PinEmailShares25
wpDiscuz
Share this ArticleLike this article? Email it to a friend!
Email sent!