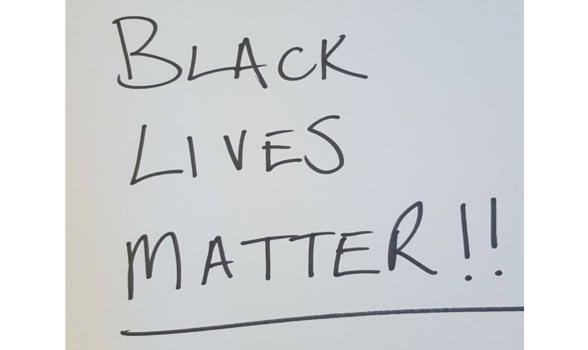 Three years ago I had my first slap-to-the-head lesson in examining my own white privilege. It was an education that I am breaking down in the hope that it will help other people to understand why the Black Lives Matter campaign is so important and so relevant today.

I’ll freely admit I was young, fresh, naïve, white, privileged and lacking analytical skills, or to put it more frankly a bit of a dick. At that time a man made a throw away comment regarding an outpouring over some ‘rich white man’s death’ (in light of the extraordinary media coverage it received). This was by way of comparison to police brutality that was – and is still today, impacting and literally killing members of the African American community. At the time, I took exception. I was angered that this death of a ‘white man’ had suddenly become a black vs white issue, and likened this statement to ‘reverse racism.’

I recall this, and I cringe. If I could go back and swallow my pride and those indignant words, I’d do so in a heartbeat. However, in that moment, it didn’t make sense to pretty-bloody-ignorant- white me, that it was acceptable for anyone to make such remarks based on the colour of skin, be it black or white. While I saw people with a variety of skin colours as part of some big rainbow family, it was high time I learned a lesson in the self-serving dominant paradigm that was and is my own privilege. The reason I took such exception to this ‘white man’ comment I later realized, was that this was in fact the first time in my life (some twenty- eight years after birth) I had felt a pang of what I perceived as “racial injustice” come my way.

I had never before felt belittled to be white, or even felt like part of a minority for that matter. Prior to that, I wasn’t even aware how that kind of offence could feel. I went off half- cocked and expressed outrage to others who clearly had better analytical skills than me. I was soon prompted to watch a youtube video on “Reverse Racism” by a comedian named Aamer Rahman. This served as a great, funny and clever brainstorm on all the history lessons I’d missed at my middle class white girl’s school ‘Down Under’. Before long I realized I was the kind of person that inadvertently overlooked the subversive nature of society to suit their own argument and standpoint. Yep, I was one of them.

At that time some three years ago, as I pondered this point of view that was an alternative to my own, I read up on posts about unarmed members of the African American community being gunned down by police. I was shocked that this didn’t receive mainstream media coverage in Australia, or even in the U.S for that matter. I should never have been surprised, as there are so many things that mainstream media omits to make us aware of while we ravage hungrily on the feast that is The Bachelor (Yep suck that up, white girl) but I was genuinely shocked.

It was this exchange that finally awakened me to the fact that the very notion of “reverse racism” is ridiculous because it suggests that people don’t have a right to express opinions that don’t suit a privileged majority. The truth of the matter is, I will never know what it’s like to experience systemic racial prejudice.

It’s always imperative that we remember that there’s no even standing in society for minority groups. We need to think analytically about every aspect of society and cultural ‘normativity’ and how subversive and self-serving the dominant paradigm can be. Some three years on I’m grateful to have had this lesson.

Let’s face it, it was long overdue that I should question the status quo. Equal standing does not necessarily make for equality. I stand in solidarity with the Black Lives Matter campaign. There are still too many white people who don’t understand this point; It’s not about saying that white lives don’t matter, it’s saying that they shouldn’t matter more than the lives of anyone else.

I’m grateful to this day for my education on the myth that is “reverse racism”- and I still have much to learn. Do you?

Photo: Courtesy of the Author

Naomi Fryers is a freelance writer and former editor at The Good Men Project. Her work has been published by a number of celebrated publications including The Huffington Post and Elephant Journal and also with iconic brands such as Virgin and Yahoo. Her debut book ‘The Long Way’ will be published in October of 2020 by the kind press. You can find her musings at www.naomifryers.com