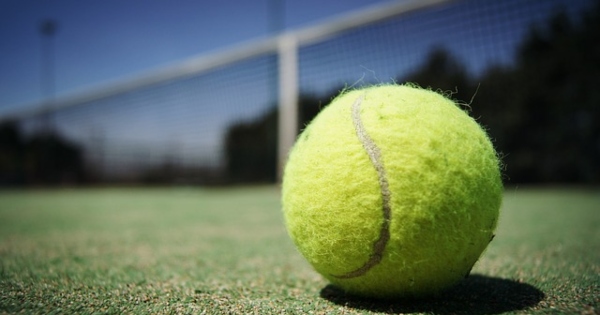 —
Tennis was once a young man’s game. I say was, because if there’s anything we can learn this past weekend’s Wimbledon it’s that Federer, Nadal, and Djokovic still reign supreme. In the semi-finals, fans were lucky enough to see yet another classic between Federer and Nadal. Then in the finals, Federer pushed Djokovic to the brink before falling just short in the final set.

There was once a time when youth dominated the game of tennis. There was always a new up-and-coming star ready and eager to knock off the aging champions. Borg was 18 when he won his first grand slam. Becker won Wimbledon when he was just 17. I remember Edburg, Sampras, Agassi, Rafter, Hewitt, and Roddick being some of the big names in tennis, but since 2000, it’s been pretty much a three-man show.

So what’s changed? I believe the key has been the scientific breakthroughs that have been made in fitness and health, and as a productivity consultant, I find that revealing.

When I first started studying time management and productivity, nearly every book and program I could find focused on strategies on how to better use your time. However, in recent years, programs such as Wake Up Productive and High-Performance Academy have focused more on the healthy side of productivity.

I like to put it this way, “You can only be as productive as you feel.” Knowing what to do is one thing, but if we don’t feel well enough then we can’t get the most out of them. I originally created the One-Bite Time Management System, because I had seen firsthand what stress had done to some friends of mine. They were working themselves towards an early grave and I knew there had to be a better way.

My original program focused on tips and strategies because I felt that’s where most people struggled. However, I’ve learned that the basics should never be overlooked which is why in my most recent presentation for a multi-million-dollar company, I revamped it to include a section on health. It’s that important.

Personally, I suffered from regular colds in my youth, but over the past 10 years, I’ve had just one. I believe it’s all thanks to a change in my diet and for that, I have my wife to thank. In case you’re wondering, our dinners consist of

1. Miso soup (with a variety of vegetables)
2. Small bowl of rice
3. One or two proteins (ie. fish and bacon)
4. Salad / fresh vegetables
5. Fruit for dessert

My wife prepares dinner each day from scratch. Now some of you might be thinking, but I don’t have the time to do that. Well, bear in mind my wife works a full-time job and has an hour commute. She starts cooking after she gets home at 6:45. I know it isn’t easy, but if she can do it, anyone can.

In an interview with Credit Suisse Federer admitted: “My secret weapon to my longevity and also to my success has been my fitness coach, Pierre Paganini, whom I’ve known since I was 14 years old.” Today, more and more elite athletes have turned to nutrition to optimize their performance on the field, in the ring, on the court or on the slopes.

That doesn’t mean we have to give up our vices, even Federer admits he is a sucker for chocolate ice-cream. Nor does it mean going vegan I wrote about in a previous article. But if we want to perform at a high level consistently for years in our field, we need to make health a priority. That means stretching, hydrating, sleeping and having a balanced diet.

Roger Federer turned back time one more time this year and revealed that longevity in one of the most grueling sports has a lot to do with his diet. While we might not be competing for a Wimbledon title, we all have our goals. For some it’s raising four kids, for some it’s building a clinic, for others, it’s inspiring people from the stage. Regardless of what goals we have, we owe it to ourselves to take care of our health to give ourselves the best shot of success.

END_OF_DOCUMENT_TOKEN_TO_BE_REPLACED

Facebook14Tweet1Pin1EmailShares16
wpDiscuz
Share this ArticleLike this article? Email it to a friend!
Email sent!