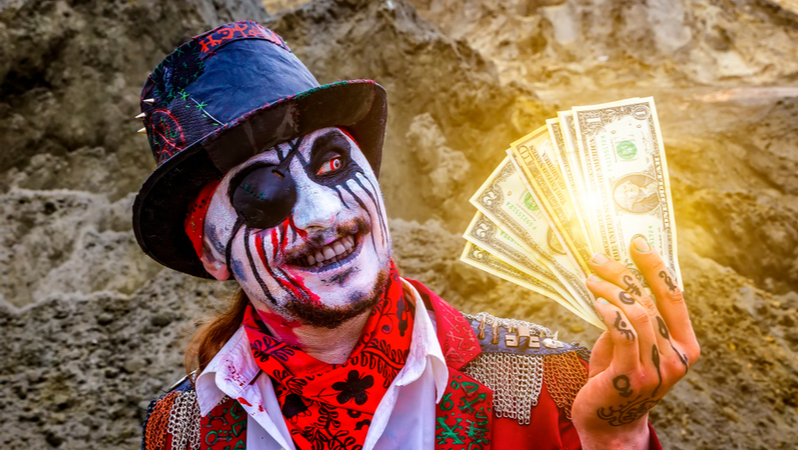 In “The Devil Wears Prada” (2006) starring Meryl Streep as Runway Fashion Magazine Editor-in-Chief Miranda Priestly and Anne Hathaway as her dedicated 1st Assistant Andy Sachs, Andy tries to warn Miranda of the conspiracy to dethrone her from Runway following the Annual Paris Fall Fashion Show. As the smartest person in any room, Miranda was well aware of the treachery at bay and expediently dispatched her rival albeit exacting collateral damage. For Miranda the costs were acceptable and necessary. At least for her.

Andy became 1st Assistant when she accepted Miranda’s invitation to attend the Paris Fall Fashion Show, replacing then 1st Assistant Emily, played by Emily Blunt. Distraught Emily had prepared the entire year to attend the Paris Show, but all for not. Lying in her hospital bed, she cries to Andy, “You sold your soul to the devil when you put on your first pair of Jimmy Choos, I saw it.” So hysterically sad.

Miranda and her protégé Andy have private conversation in the limo ride back to their hotel.

Miranda Priestly: You thought I didn’t know. I’ve known what was happening for quite some time. It just took me a little while to find a suitable alternative for Jacqueline. And that James Holt job was just so absurdly overpaid that of course she jumped at it. So I just had to tell Irv that Jacqueline was unavailable. Truth is, there’s no one that can do what I do. Including her. Any of the other choices would have found that job impossible and the magazine would have suffered.

Especially because of the list. The list of designers, photographers, editors, writers, models, all of whom were found by me, nurtured by me and have promised me they will follow me whenever and if ever I choose to leave Runway. So he reconsidered.

But I was very, very impressed by how intently you tried to warn me. I never thought I would say this, Andrea, but I really, I see a great deal of myself in you. You can see beyond what people want, and what they need and you can choose for yourself.

Miranda Priestly: You already did. To Emily.

Andy Sachs: That’s not what I… no, that was different. I didn’t have a choice.

Miranda Priestly: No, no, you chose. You chose to get ahead. You want this life. Those choices are necessary.

Andy Sachs: But what if this isn’t what I want? I mean what if I don’t wanna live the way you live?

Even with her best intentions, Anne’s Andy sold out. She sold her soul. She sold out on herself.

In life, sometimes we sell our souls with our eyes wide open. Then what happens, indeed happens. More than just saying. That’s not necessarily a bad thing. Rather, that’s a very human thing.

Throughout junior high, high school, and college I was the unattractive short fat geek, not good at any sports. I was never going to date a nice pretty girl, given who I was, the way I looked.

So at 14 years old, I sold out on ever having a girlfriend. That just wasn’t a possible future for me. Instead, I had to find other things to make me happy, to pursue. I could study and work hard at school. I didn’t deserve a social life. Maybe, I could get into a good college. Maybe, I could get a good job, make a lot of money. Then I could be happy. That was my sell out with my eyes wide open.

In graduate school, I transformed myself physically. I started eating healthy, working out, and lifting weights. I lost 35 pounds. I started looking better. I started liking myself a little better, too.

After graduate school, I moved to Los Angeles for work. I met my best friend Charlie, who schooled me in weightlifting and bodybuilding. We continued to train. I met Mizukami Sensei when Charlie invited me to watch an Aikido Seminar in West Los Angeles. I began training with Sensei after that.

I reunited with my junior high classmate, Royanne. Royanne grew up smart, pretty, and so unintentionally funny. We had a lot fun together. I actually had my first grown-up date with Roy. We saw “The Phantom of the Opera”.

Only years later, working with my Therapist Lance, I got that I sold out on myself for years, because I had it in my head: I’m not good enough. That voice was my Dad’s voice when I was 8 years old. WTF.

Cheryl taught me the Japanese aesthetic wabi-sabi: There is beauty in our imperfection. Accept our imperfection. I had the epiphany that I had to stop hating on myself so much, otherwise, I would continue to suffer. So, I started being kinder to me. I accepted my imperfection by loving me for who I am and forgiving myself for who I’m not.

Aikido Founder O-Sensei said, “True victory is victory over oneself.” So I continually train to love and forgive myself as much as possible, regardless of circumstance. In doing so, I could make a difference for others and for myself. Falling in love evolved as what’s possible, now with my eyes wide open.

I may not fall in love with someone, who loves me back. Still, I’m open to the possibility. I’m willing to risk my most authentic self in falling in love. I can’t really know what goes on inside another. Yet, I can have compassion. I can be kind. I can be good to people.

Facebook15TweetPin1EmailShares16
wpDiscuz
0
0
Would love your thoughts, please comment.x
()
x
| Reply
Share this ArticleLike this article? Email it to a friend!
Email sent!