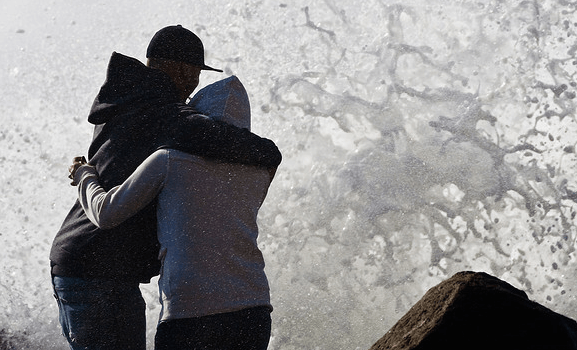 The worst case scenario of a poor sex education is not an unhealthy sexual identity. It’s the unplanned birth of a child.

My students here at the community college aren’t really afraid of writing essays about sexuality and relationships. Because they are young, the most intense events in their lives often have to do with romance. Hook up culture notwithstanding, young people are still falling for each other, and they still can feel helpless to their emotions. Virtually any essay prompt can get them writing about lovers or spouses.

Their essays can get graphic, even upsetting. I’ve read about raw-dogging, sexting, fantasies about men like Drake and Usher, and episodes of sexual vengeance. After a decade of reading these essays, I’ve concluded that most of what students know about sex has been learned through experimentation and pornography.

The results of the experiments, many of them performed with risk as a turn on, can lead to tragic, very difficult circumstances for people far too young and ill-equipped to handle them. They only add to the medley of obstacles that complicate the educational ambitions of the underclasses.

People who wonder what sort of anomaly I’m about to reveal should rest assured. I encounter this kind of thing consistently every sememester. Today I have time for two stories.

A good friend of mine named Jack works with me in the same academic department. He is ten years my senior and one of my mentors at the college. One afternoon, he sent me a message: “Come to my office. I need you to look at something.”

Jack had the student’s notebook open to the page he wanted me to read. He said, “Tell me what you think about this.”

The text I’m presenting here, narrated from memory, is heavily edited for clarity. Most students in remedial language classes do not write this clearly. Imagine oblong, bulbous handwriting, letters penned in lavender ink:

It happened again. I’m pregnant. I can’t believe it. I don’t understand why this keeps happening to me. My cousin Amanda never gets pregnant. I’m starting to think I’ll get pregnant every single time. I swore after the second baby I would never get pregnant again. But now I know it’s gonna be even harder for me. It’s not fair. How come I always have to have the baby but none of the other girls in my family or any of my friends ever get pregnant? Now I just hope my due date isn’t around the beginning of the next class.

Jack saw me look up from the page. I asked him, “You wanna know what I think?”

“What would you tell her?”

“I have no idea. This is a sensitive matter. You can’t just ignore it. Or…can you?”

“I mean…” I placed the notebook back on his desk. “She’s not asking for advice. She’s just writing her thoughts down. Of course, this could be a sideways plea for help. What’s her personality?”

This didn’t surprise me. The silent students often write the most intense papers. “I think you should write a comment in her notebook about places she can go for help,” I said. “Give her resources. Let her know where she can get guidance and advice. If she comes to office hours, talk to her about why she’s making these decisions. What more can you do? Is she passing the class?”

“She’s got almost no shot. She’s not making any progress. Her reading skills are really bad.”

“I don’t know. I think you tell her what’s available. Write a short, sincere note. But don’t belabor anything.”

Jack did pretty much this. Had he wanted to pass her out of pity, he never got the chance. The student made an appointment to meet with him in office hours but never showed up. Two short weeks later, she was gone and dropped out.

Another time, I got an essay from a guy in answer to this prompt: “Why did you choose to take this class?” After a meandering intro, he got to the point:

Me and my girlfriend Linda had a kid two years ago. I was sixteen, and we were dating for maybe a month. It was a nightmare at first. I was scared, more scared than ever in my life.

I sat with her to tell her parents she’s pregnant, to show I wasn’t just gonna run away from it. I knew I had no idea what was gonna happen, but I didn’t want to be like one of them guys who run.

I never had no dad in my life. All my life, my mom was pissed, took it out on us kids. She called my girlfriend a slut to her face in front of everybody at a bus stop. Said she wasn’t gonna raise no slut’s kid in her house.

I applied for every job in town. Any time I saw a Help Wanted sign I would go in, but nobody wanted a guy without no experience. They could tell I was desperate. The worst was fast food places wouldn’t even hire me. But soon I got a job driving pizzas. Moved in with my girlfriend’s family.

There was lots of drama and fighting. Lots of bad nights. I would get tired and furious after work. Giving every penny away got to me. My girlfriend’s mom did a lot to try to keep the baby away from my fights with Linda.

Linda’s parents are pretty much raising the kid, if I’m gonna be honest. They’re good people, better than my family. They pay for food and diapers. They stay with the baby girl when I’m here in night school. I’m real ashamed of it.

That’s why I’m here, to get my associates. Maybe I’ll try for computer skills or an accountant, or I think I could do CAD or HVAC. Anything, so long as it’s work, to pay for my kid. But I have to admit, I don’t like school at all. I was never no good in it. So I’m not gonna lie. If it wasn’t for my daughter, I wouldn’t be here.

Be sure that I’m not an instructor who passes anyone out of pity, no matter the circumstance. It does no one any favors, neither the student nor the next instructor who has to deal with him. In this case I never got the chance to think about it. The student disappeared after nine weeks and only ever handed in two assignments. I never tested him, but I estimated his reading skills were somewhere around fifth or sixth grade.

We can argue about who has it worse, men or women in these cases, but that’s the wrong argument. The children (boys and girls) born to these youths get the shortest stick, and it hardly matters to them if our gender discourse demonizes or victimizes one parent or the other. It still takes a sperm and an egg to conceive a child. And all children born in our culture are our neighbors, our fellow countrymen and women, fully deserving every chance at happiness and fulfillment, no matter what neighborhood they’re born in. Looking at them any other way is dehumanizing.

However, children born to children face enormous risks. In the community where I work, teen pregnancy rates have gone down in recent years, but they are still staggering. We’ll continue seeing children have children—most of whom will remain stuck in a cycle of poverty and under-education—until we face our puritan’s fears and choose to teach the full array of knowledge we have about sexuality, birth control, pregnancy and the economics of child rearing to every child in America, beginning in middle school and continuing through senior year, no matter what neighborhood they were born in.

I’m sure there are people who’ll say there’s no hope for someone who can’t end her recklessness after two pregnancies. I see where they’re coming from, but I’ll remind readers that some people in our culture feel so devalued, become so desperate for attention, intimacy, love, connection, value, meaning and power, if even temporary, that they will put their future at risk. Or they convince themselves there’s no risk at all, at least not now. This conflict should be part of the lesson of sex education. Perhaps that’s the part of the lesson—sexuality’s connection to our feelings and psychology, including the fetish of risk, the thrill of recklessness—that we do the worst job acknowledging and teaching.

True Community runs each Wednesday. Gint Aras explores his experiences as an instructor in a community college that serves a lower-middle to lower class district in Chicagoland.

I Had To Kill A Guy At Work Yesterday

Top 3 Education Myths and How They Affect Men

The Myth and False Lesson of Independence

Gint, this is – hands-down – one of the most gut-wrenching, scary, frustrating things going on, as far as I’m concerned (and my husband and I live in a predominantly Hispanic, low-income community, so we see this – a lot). Thank you for writing about it in such a compassionate, truthful way. It’s hard to know what to do, but education is key. And getting to kids at an early enough age so that they’re equipped to make better decisions when the rubber meets the road (no pun intended).

This is such an important issue, Gint. Youve captured it in striking fashion. Those who stick their heads in the sand or think this is ‘someone else’s problem’ foolishly ignore the perpetuation of despair, poverty, abuse and at the very least, terrible waste. Individual and collective to all of us as a society.

If abstinence-only education really worked, then we ought to apply the same logic to other school subjects. Abstinence-only drivers education, for example. Try on this abstinence-only logic: Students are not allowed to wear seatbelts, because that would only encourage them to be reckless, just like giving out condoms supposedly encourages reckless behavior. They are only allowed to drive a vehicle if they can commit to driving one and only one vehicle. They are not allowed to wear seatbelts until they are married. Until that point, only their parents are allowed to discuss cars, driving, or internal combustion engines. The only… Read more »

END_OF_DOCUMENT_TOKEN_TO_BE_REPLACED

Facebook385TweetPin1EmailShares386
wpDiscuz
Share this ArticleLike this article? Email it to a friend!
Email sent!