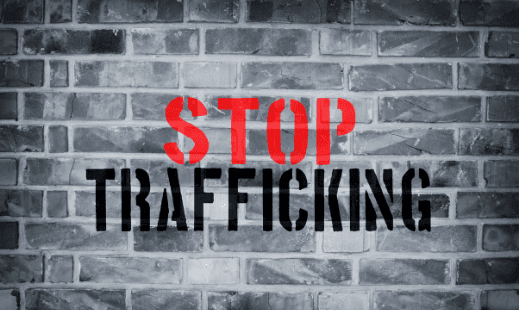 I was heading to bed last night and skimming Twitter one last time when I saw a headline that broke my heart.

“Woman who helped those caught up in sex-trafficking dies.”

Ms. Kempton was 35. She fought the demons of childhood sex abuse and drugs for twenty-three years. She was first raped at 12. That led to abusive relationships and a boyfriend who got her hooked on heroin. Then she was kidnapped and dragged from Columbus to Akron and raped for a week.

In the heart of the Midwest, a woman was bought and sold, or sometimes just rented for an hour.

When that was over, she was dragged back to Columbus and tattooed by force. “Property of Salem.”

She was branded. Like we do to cattle. She was given a permanent mark to show ownership.

That’s where Survivors Ink came from. Jennifer was tired of being reminded of that life every time she took a shower or saw herself in the mirror. She labored to leave that behind her but was confronted with it every day. She had been someone’s property. A piece of meat. She wanted the tattoos—the reminders—gone.

Covering a tattoo isn’t always cheap, and not many artists will donate their time and labor to do something like that. A disturbing number will happily accept money to put the brand on though.

Getting a tattoo removed is almost as painful to pay for as it is to sit through. But Jennifer knew what it took, and set about to make it easier and less expensive for survivors to remove that reminder. After just a couple of years of work, she started receiving pleas for help from all over the world.

It’s impressive that her message and work carried that far. And it’s terrifying that it’s so widespread.

Human trafficking isn’t just about parents in third-world countries selling their kids. It’s not about young kids being snatched from their momentarily inattentive parents, receiving a haircut and dye job in the bathroom, and being spirited away. It is nothing like what I depict in The Sad Girl.

More commonly, it’s a disaffected teenage girl who runs away to meet the guy she’s been Snapping with, the only one who understands her, who says he’ll take her away from all of this. He loves her. He knows what she’s going through, and he’ll fix it. But her boyfriend turns out to be in his 30s, gets her hooked on drugs, and then starts selling her.

It might be people ignoring signs of trafficking because they don’t want to get involved, or because it’s easier to send a girl to jail for prostitution.

At one point in The Sad Girl, Danny talks with a reporter about trafficking, and she says, “It’s ugly and ugly scares people.”

He gets a little wound up in his response.

“Ugly? Damn right it’s ugly! The idea of buying or selling twelve- and thirteen-year-old girls is disgusting. Everyone should be horrified that it’s still happening. We send people to prison for life just for taking pictures of girls that age. Shouldn’t we be putting that much effort into dealing with selling those girls into slavery?”

I wonder if somehow we’ve become numb to the news reports? It seems that trafficking arrests don’t get much traction in the media beyond local or regional reports. Worse, the public dismisses the stories because they were part of a prostitution investigation, and those people aren’t really being held against their will, are they?

No matter how she died, I think it’s important to recognize Jennifer Kempton as a survivor. She survived childhood sexual abuse and multiple rapes. She survived being trafficked—modern-day slavery. Those events happened, and she survived them. Don’t let the manner of someone’s death take anything away from the work she accomplished.

If you’d like to support the work that Jennifer started, Survivors Ink is a 501C3 organization. Donations are tax-deductible.

Facebook23TweetPinEmailShares23
wpDiscuz
0
0
Would love your thoughts, please comment.x
()
x
| Reply
Share this ArticleLike this article? Email it to a friend!
Email sent!