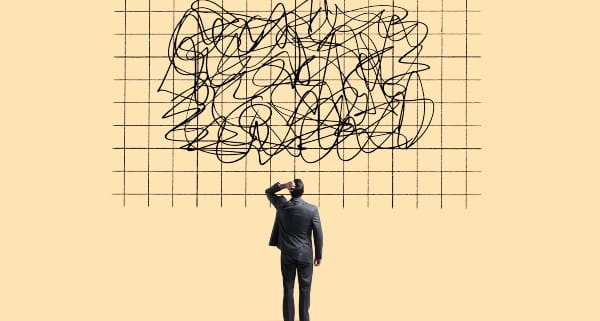 Several research studies find that skeptics are brighter than religious believers. More than 60 scientific reports were analyzed in the journal Personality and Social Psychology Review, which said the results “showed a significant negative association between intelligence and religiosity.”

“Atheists tend to be more intelligent than religious people because they are able to rise above the natural instinct to believe in a god or gods. Having a higher intelligence…allows people to override these instincts and engage in more rational, and therefore enhanced, problem-solving behavior.”

A report titled “Why Atheists are More Intelligent than the Religious” in Psychology Today (April 12, 2010) commented:

Similarly, a 2016 study by the Pew Research Center found that doubters are better-educated than believers are. Chief researcher Conrad Hackett told The New York Times:

Frankly, I’m surprised that the I.Q. gap is only six points. I would expect it to be larger, because most of the world’s brightest people—outstanding thinkers, scientists, writers, reformers and others who left their marks on history—have been religious skeptics. Here are some, and their views:

Thomas Jefferson wrote in a letter to John Adams:

“The day will come when the mystical generation of Jesus, by the supreme being as his father in the womb of a virgin, will be classed with the fable of the generation of Minerva in the brain of Jupiter.”

“I cannot imagine a God who rewards and punishes the objects of his creation, whose purposes are modeled after our own—a God, in short, who is but a reflection of human frailty. Neither can I believe that the individual survives the death of his body, although feeble souls harbor such thoughts through fear or ridiculous egotism.”

Mark Twain wrote in his journal:

“I cannot see how a man of any large degree of humorous perception can ever be religious – unless he purposely shut the eyes of his mind & keep them shut by force.”

Sigmund Freud wrote in a letter:

“Neither in my private life nor in my writings have I ever made a secret of being an out-and-out unbeliever.”

“All national institutions of churches, whether Jewish, Christian or Turkish, appear to me no other than human inventions, set up to terrify and enslave mankind, and monopolize power and profit.”

“I cannot believe in the immortality of the soul…. No, all this talk of an existence for us, as individuals, beyond the grave is wrong. It is born of our tenacity of life—our desire to go on living—our dread of coming to an end.” (Edison also said “Religion is all bunk.”)

Voltaire wrote in a letter:

“Christianity is the most ridiculous, the most absurd, and bloody religion that has ever infected the world.”

Clarence Darrow said in a speech:

“I do not believe in the divinity of Christ, and there are many other of the postulates of the orthodox creed to which I cannot subscribe.”

“As a scientist, I cannot help feeling that all religions are on a tottering foundation…I am an infidel today. I do not believe what has been served to me to believe. I am a doubter, a questioner, a skeptic. When it can be proved to me that there is immortality, that there is resurrection beyond the gates of death, then I will believe. Until then, no.”

“My own view of religion is that of Lucretius. I regard it as a disease born of fear and as a source of untold misery to the human race.”

“At present there is not a single credible established religion in the world.”

Leo Tolstoy wrote, in response to his excommunication by the Russian Orthodox Church:

“To regard Christ as God, and to pray to him, are to my mind the greatest possible sacrilege.”

“The mystery of the beginning of all things is insoluble by us, and I for one must be content to remain an agnostic.”

“Say what you will about the sweet miracle of unquestioning faith, I consider a capacity for it terrifying and absolutely vile.”

“By the year 2000, we will, I hope, raise our children to believe in human potential, not God.”

“Man is certainly stark mad: he cannot make a worm, yet he will make gods by the dozen.”

“Popular religion may be summed up as a respect for ecclesiastics.”

Further, Beethoven shunned religion and scorned the clergy. Abraham Lincoln never joined a church, and once wrote a skeptical treatise which friends burned in a stove to save him from wrecking his political career. And the motto of Margaret Sanger’s birth-control newsletter was: “No gods, no masters.”

Bright minds throughout history have doubted supernatural gods, devils, heavens, hells, miracles and the rest of church dogmas. Today’s freethinkers can be proud to share this fine heritage, which sparkles with higher intelligence.

A version of this post was previously published on jimhaught.org and is republished here with permission from the author.

END_OF_DOCUMENT_TOKEN_TO_BE_REPLACED

Facebook34TweetPin1EmailShares35
wpDiscuz
Share this ArticleLike this article? Email it to a friend!
Email sent!