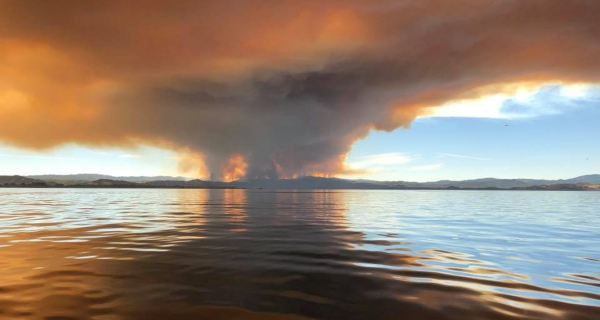 They say good writing is about telling the truth, sometimes I feel it’s more like stretching the truth, not that verity needs more space, but like perfume, a little goes a long way. “Trade what you’ve been taught for what’s true,” says Deb Norton. I’m about to plug my nose and jump into this story, but I’m warning you now, words like grim and horrible don’t even come close to the current situation.

As if swallows the six of us return to the lake every year, nesting in the same space, hoping to bring forth new life, not only in ourselves, but as kindred souls who somehow absolve the quirkiness in each other.

“Where’s your will to be weird?” Jim Morrison.

Sharing stories is the way we claim our space. This is who I am. See me. Love me. Our deepest longing is to be known, accepted, understood. I’ve come to believe I understand myself only in relationship with others and most profoundly in the presence of my tribe. It’s totally cliche but it matters who accompanies you on this journey of life because this is how we come to understand ourselves, our truth, our passion.

“Be who you are and say what you feel, because those who mind don’t matter and those who matter don’t mind.” Dr. Seuss.

I came up to the lake early last week with Mackenzie, my niece, this is our annual tradition in honor of her birthday (read more here or here), and we’re quite dedicated to the practice. We have our routines and we do not deviate. My niece teaches me how to slow down and simplify. Not to worry about my hair, unmade beds, excessive body odor. It’s rather primitive and that’s how we like it.

This year she turned me on to a new series called Ann with an E. It chronicles the trials and tribulations of an orphaned girl in search of home. Anne says, “home is the most beautiful word,” and it’s understood she is attracted to the idea of belonging, not the place, but the people. Aren’t we all?

“Rejoice with your family in the beautiful land of life.” —Albert Einstein

My cousin Vicky from Texas, her husband Dave, Larry my husband, my sister Nancy and her husband Dave, arrive in batches. (not that you are expected to memorize all the names but there will be a short quiz at the end of this post) And just like that Mackenzie and I are forced to trade our simplistic lifestyle for wine tasting, boat rides, long hikes, leisurely meals, laughter, stories, and lively shenanigans.

I think it was early the second morning when cousin Vicky insisted we clean out the refrigerator. I was pushing for coffee on the deck, yogurt and berries, but failed to divert her focus. She’s convinced a colony of botulism has moved in to the produce drawer. Whatever. This house is like Club Med, it’s in constant use, and most of the guests are shall we say less than fastidious. I’ll admit the last people brave enough to attempt a clean-out of this monstrosity were Taylor and Jim, it could have been two years ago, maybe more! It’s grim and that’s the truth.

“My theory on housework is, if the item doesn’t multiply, smell, catch fire, or block the refrigerator door, let it be. No one else cares. Why should you?” Erma Bombeck

The next thing I know the entire contents of said refrigerator are spread out on the counter, Vicky is checking the expiration dates on every bottle of salad dressing, condiment, and salsa, filling up the garbage with the expired loot. Nancy and I are assigned scrubbing duties, which requires removing all the drawers, shelves, and storage containers, washing, drying, and returning them to their proper place. When we finally load the few products deemed safe back onto the shelves and drawers, the refrigerator is practically empty, botulism evicted, and oh so clean. I’m ridiculously delighted. She’s a first class Girl Scout, trained to leave her surroundings in better condition then she found them, she does this with those she loves as well.

The truth is you really don’t know your relatives until you’ve been surrounded by fire, lost electricity, and showered in ash. Right? They did not disappoint, not for one single moment, unless you count sleeping naked when it’s 110 degrees outside, surrounded by flames, and the air conditioner is out. Who am I to judge?

This may not be the perfect conditions for a vacation but to be scalded is also a form of preservation. It’s why we come back year after year, to preserve that which is valued most, our relationships.

Two large fires broke out during our stay, believe me when I say it was grim, and horrible. The Ranch and River fires soon became known as the Mendocino Complex, both moving rapidly toward Lakeport, and slowly encroaching on the small towns very near our home.

It’s as if we were experiencing an enormous cremation, surrounded by raging flames, smoke and gently showered by the ash of great oaks, grass, vines, brush, and wildlife caught in the rampage. The words, “from ash we came and to ash we will return,” kept circulating in the back of my mind. Of course it brought me again and again to my parents, to the sacredness of ash, to fire as the ultimate alchemist of life.

Sitting outside as evening turns to night, the electricity goes out, and we scramble to light the house with candles. Larry finds one of those crank radios so we can listen to the news while sipping wine under a blood red moon. The smoke gets in our eyes, irritates our lungs, creates a barrier between us and the mountain. It’s as if we have been transported to an alternative universe, one that is on fire, and visually impairing. Our watery eyes follow the long line of cars from mandatory evacuations around the lake. We are forced to consider the state of our own peril and what we want to preserve.

We decide it is in our best interest to leave first thing in the morning, head away from the fire, smoke, and ash. Grateful to have safe destinations to return to, we mourn the plight of those dislocated from their homes, grim and horrible are appallingly inadequate.

Curiously on my way home, an old friend called me out of the blue, she’s selling some miraculous anti-aging gel, and wants me to be part of her downline? Although much of what she told me sounded like a pitch, the product peeked my interest. I listened to a video she sent me as I drove but decided it would be easier to increase my fruit and nut consumption (that didn’t come out right) then join a pyramid scheme. Honestly I don’t believe there is a miracle gel that can reverse the aging process but I do understand our deep desire for preservation.

Science moves with the spirit of an adventure characterized both by youthful arrogance and by the belief that the truth, once found, would be simple as well as pretty. James D. Watson

This brings me to the defining question of this post, one we all should be asking ourselves, but tend to avoid.

What am I preserving?

Whatever it is, I’m sure it’s not buried in the back of the refrigerator, or a miraculous gel you rub on your elbow morning and night. “When you realize the value of all life, you dwell less on what is past and concentrate more on the preservation of the future,” says Dian Fossey. It’s not a house, a car, clothing, decor, or even the sacred ashes harbored high on a shelf. It’s us, together, cauterizing our common wounds, eyes focused on where we want to go.

Someday, after mastering the winds, the waves, the tides and gravity, we shall harness for God the energies of love, and then, for a second time in the history of the world, man will have discovered fire. Pierre Teilhard de Chardin

I’m Living in the Gap, drop by anytime, we’ll put up some preserves.

I’m also writing for Across the Board once a month. Come see what’s new.

A version of this post was previously published on CherylOreglia and is republished here with permission from the author.

Facebook1Tweet3Pin3EmailShares7
wpDiscuz
Share this ArticleLike this article? Email it to a friend!
Email sent!