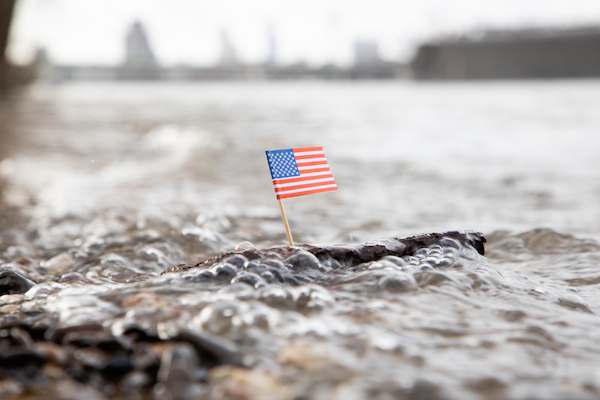 Remaining on the ballot even as he suspends his presidential bid, Bernie is committed to gathering an electoral count that will provide leverage to press progressive principles at the 2020 Democratic Convention.

Democrat, Republican, Independent, Liberal, Conservative, Libertarian… you might not agree with all Sander’s policies but you can’t dispute their humanity!

Bernie Sanders has altered the political discourse of our nation. Most of his ideas, considered fringe a short time ago are now part of the mainstream consciousness and dialog. He has adeptly articulated the need for change.

Sad words for progressives and all who care about human dignity to hear.

Sad words for those who want economic, social and racial justice.

Sad words for supporters of free education for all.

Sad words for all of us living in “an increasingly uninhabitable climate.”

Bernie Sanders made it very clear that while withdrawing from the race he is continuing the effort to help shape America into a country that lives up to its great potential. The richest nation in the world, we fall far short of the ability to claim moral superiority in all that is truly important.

America does not provide equality for all, social justice, protection of our people and a list that is virtually endless. It’s all the more shameful because ‘we the people’ hold the power to make change.

Nothing comes without desire and hard work. Each of us must look inside ourselves and determine how we want to contribute to our society and the world our heirs and theirs will inherit.

Bernie Sanders has fought the good fight for over 30 years. Never giving up, taking morally just but politically unpopular views he has persevered and made a great contribution to our ever-evolving nation.

He’s not giving up, just suspending his political campaign as he continues the struggle of the poor and middle-class against the entrenched corporate establishment that through its pocketbook makes puppets and marionettes of those in power.

Bernie Sanders will not become President of The United States. He has won the ideological and generational fight that will organically help push America forward towards the realization of its full potential. The overwhelming support of young people ensures his legacy.

However, we will continue to evolve as a more socially aware and humanely oriented society if, and only if we all do our part. Let’s all join together to press for the ideas and values that Bernie has embodied.

To my fellow progressives; many of us are disappointed. However, we must go forward together and continue the struggle to create a better life for all. Some may feel you can’t vote for any establishment figure. This is your right. However, there are times when we must act in ways that are personally disagreeable for ‘the better good.’

I hope all will follow Bernie’s words, “together, standing united, we will go forward to defeat Donald Trump, the most dangerous president in modern American history…”

On a personal note, I am greatly disappointed that Bernie won’t be in the position to defeat Donald Trump at the polls. However, I will continue to fight for all that Bernie stands for as the struggle to create a humane, decent and caring society continues.