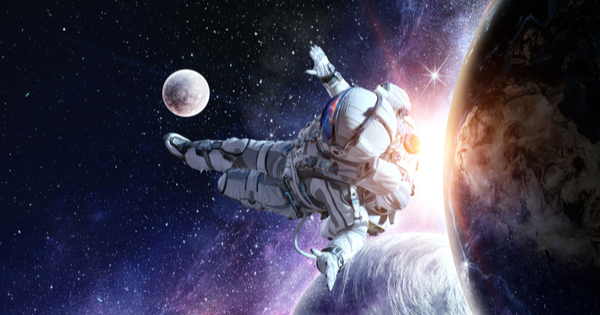 I’m at a challenging place in my manhood. I’m developed enough to know that sports don’t really matter, at all. In a world threatened by global warming and profound political corruption, while being transformed by quantum technological advancement, the Super Bowl, for example, is so obviously irrelevant that even having an opinion about who wins is basically absurd.

I know this. I read books. I write plays. I publish essays like this one. Companies hire me to create their communications strategies. I’m a thinking person, dammit. But I really wanted the Rams to kick the Patriots asses. And I don’t even follow football.

My partner Bernie relieves herself instantly of any potential sports angst by simply switching allegiance to whoever’s winning. Even the Dodgers. She has no idea why I object to this. Why do I object to this? I’m a transhumanist. I see us using technology to take charge of our destinies, create abundance, and live unlimited lifespans. Why should we be subject to the whims of sports?

It helps that the hometown Phoenix Suns are so hideously, perpetually incompetent that I can’t bear to care. But that’s a bit like a smoker being too depressed to light up, isn’t it? Eventually, things will turn around and then where are you?

Growing up in Washington DC, my oldest brother taught me to play basketball in fifth grade and I loved everything about it. The sounds alone quickened me — the thump of dribbling, the sneaker squeak of cutting, the swish of a made shot. And I loved, just as much the movement – the full court sprint, the change of direction, and the jumping, always the jumping, filling walls then ceilings all over the house with my fingerprints. I loved the ball itself, its size and heft and subtle texture, which spoke to my fingertips in a language that so exquisitely bypassed my brain.

I poured my solitude into basketball, even when asthma made my lungs feel like sacks of sand. When I wasn’t playing at school, I played at the playground in my DC neighborhood. I idolized the lanky high school-aged black kids that played in that smooth style that is DC basketball. They didn’t think and then move; they played at the speed of spontaneity, out of their minds. I wanted that freedom.

A little white kid, I looked like the type who worked tirelessly to develop a pure jump shot, his one ticket to be on the court. But I was at my best on the move, driving to the basket. This consistently surprised the black kids, who had their own stereotypes. Plus, who wanted to defend a whirling, wheezing white kid who played as if his very self-worth depended on beating you to the spot?

In high school, I finally outgrew asthma and developed physically. By tenth grade, I was winning trophies. I played in a kind of mental bubble, holding my brain at bay, so that it would not block me from moving freely through the game. I had my best games when I was sick; the weakness forced me to an extreme focus, which shut out thought entirely, and the points came in a seemingly automatic flow.

But one day the school’s athletic director made a point of taking me aside to inform me that I wasn’t as good as I thought and that I would never play at the next level. I had dreamed of being great. It may have always been just a fantasy, but I had already taken a little boy’s vision of being a high school star and birthed it whole out of my heart, so who was to say? I had the love and the legs, and I had no other dream.

But his words instantly jarred me out of that reverie. Perhaps I’d never really believed in myself. Or maybe I just didn’t understand where belief came from, thinking it originated from others who could be relied upon to accurately inform me of what I could and could not be. But now I know better.

I’ve had brushes with real sports stars. I worked at the first PF Changs restaurant in Scottsdale, outside of Phoenix, back when it was the hot spot in town, when Charles Barkley brought in Michael Jordan, who walked through the restaurant like a god, as the Saturday night din noticeably lowered, heads turned, the air buzzing with awareness of him.

I brought the food to their table once, putting a dish of Orange Peel Chicken in front of Jordan. But the server who’d taken the order had somehow botched it — Jordan didn’t want Orange Peel Chicken. The poor girl, of course, apologized profusely and offered to bring him what he’d like. Everything was wok prepared–it would only take moments. But he wouldn’t let her correct her error, and sedately ate nothing while the rest dug in. Asshole.

I played basketball with the Hall of Fame Quarterback Kurt Warner at the YMCA when he was working his way back to the Cardinals from an injury. The first time I saw him, he was reading his leather-bound bible, waiting for his game. Kurt competed hard, sometimes dominating games, but he played clean and fair, more so than some of the regulars.

Of course, it doesn’t matter who these stars really are; it matters who we are. This came to me recently as I was listening to sports talk radio on the way to a client meeting. I know, what could be dumber than listening to people who are so moronic they not only think and talk about sports all day, they get intense, even self-righteous about their utterly trivial perspectives on events with no inherent significance in the first place.

I’ll tell you what could be dumber, it’s the desire to call in.

But they were talking about the freshman basketball phenom at Duke, Zion Williamson, and comparing him to Charles Barkley and Sean Kemp. No way! He’s like a young Dominique Wilkins, the Human Highlight Film, who played for the Atlanta Hawks in the 80’s and early 90’s, after a sterling career at the University of Georgia. Don’t they know anything?

I didn’t call in. The freeway traffic was roiling around me like a rodeo, which demanded my focus, considering my unlimited, tech-enabled future might be at stake. But it did make me reflect. I mean, what if the Suns, as a reward for their heinousness, got the number one overall draft pick again? What if they drafted Williamson and turned it around and became contenders? Would that make me any more of a human being? Would that advance me in any significant way as a man?

I don’t know, but that 2001 World Series victory by the Diamondbacks was pretty sweet! But was all the suffering before and after made good by that one season of fulfillment?

While I’m asking myself these questions another part of me, my cerebral cortex perhaps, which is supposed to give humans the ability to self-evolve and innovate, is trying to make the point that these questions are really irrelevant because it’s all joy or suffering by proxy anyway; because I’m not actually a player on a winning or a losing team; I’m just a guy watching. So emotionally, sports is just a simulation, like the Matrix. It’s not really happening, not to me.

I may be overthinking this.

I get to my appointment and present the communications strategy. The client gets it, they love it, we’re good. Which is important. Because this is how I actually earn a living. Back to sports.

Driving home on the radio, they’re talking about the very scenario I’d run in my own mind, with the Suns tanking so they could draft Williamson. Weird. Is this evidence of a simulation in action?

Another thought: maybe the car radio is the trigger. Maybe when we have self-driving cars and I can nap my way to appointments – the future is going to be amazing — maybe then I can beat this sports thing.

Alternatively, several decades down the road, because I’m still alive and well, maybe I’ll look back on this moment and be so evolved, so advanced, not just technologically, but emotionally, spiritually even, that the whole thing will seem like some kindergarten drama I’ve so far outgrown I can’t even grasp now what it was about.

Or maybe, just maybe, a millennium from now, I’ll have lived long enough to see the Suns get their act together, and build not just a contender, but a champion, no a repeat champion, and it will all have been worth it.

Joe Bardin is the author of Outlier Heart: Essays from my Life as an Immortalist (IFERS Press). His essays have appeared in numerous literary journals including Louisville Review, Vol. 1 Brooklyn, Superstition Review, Eclectica, and Image Journal: Good Letters, and been anthologized in the Transhumanism Handbook (Springer). His plays have been performed both domestically and abroad. A scholarship alumni of the Squaw Valley Community of Writers, he is a member of the Dramatists Guild. He is a messaging strategist and serves as Director of Communications for the Coalition for Radical Life Extension and People Unlimited. (www.joebardin.com).