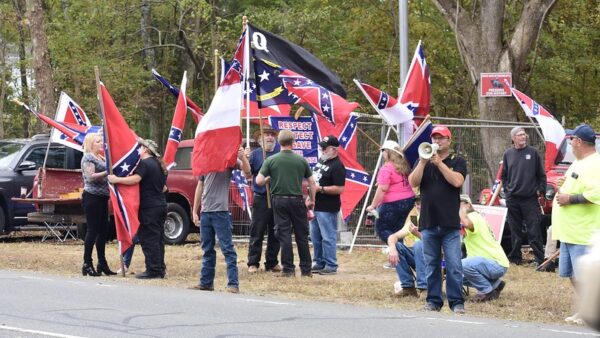 Has it come to this, with the role of the Sturmabteilung played by the Proud Boys?

Are we watching the implosion of the last great post-Westphalian revolution? Mr. Madison’s attempt to guarantee democracy was brilliant. From the get-go, there was debate whether the bargain with the Devil called chattel slavery was worth the prize. The bargain may have been morally corrupt, but it did put off the Civil War.

Was democracy protected by a bulwark of ideas or merely by the Atlantic Ocean? I counted myself among those who thought our Constitution was proof against the errors that had undone all the other populist uprisings.

When the Peace of Westphalia redrew the maps, it also, viewed in the great sweep of history, ended the Divine Right of Kings. Ideas of that size, of course, do not just lie down and die. Let it be — please let it be — the same with democracy.

The revolutions that did not match our longevity stayed with government by strongmen, but they were strongmen no longer backed by religion and the rules of succession were up for debate when governmental authority could no longer be passed to heirs like any other piece of property.

The U.S. government has become property, the major asset of the Trump Organization. Without that asset, the Trump Organization is bankrupt, dead broke, and without control of the Department of Justice Trump himself and several of his family will vacation in the Club Fed. Trump is not to blame for the demise of constitutional order. If he did not stand to profit from it, some other opportunist would.

Those who colonized North America wrote on a much cleaner slate than the heirs of the French or Russian or Chinese revolutions. The Chinese Revolution never credibly attempted democracy, but the others tried and failed.

I am always uncertain whether the rolling heads in England qualified as a revolution. The affirmative argument is that they ended up with a monarchy less than absolute, and we law nerds have an argument that never ends about the British unwritten constitution and whether it is equal to or even superior to the U.S. written one.

Oliver Cromwell, who would have been the revolution’s leader, was one of few in history to be dug up after his death so his corpse could be beheaded. Cromwell had been one of the signers of the death warrant for King Charles I and the monarchy was restored under Charles II. A lot of power remained to be bled away to arrive at the British government of today, but it belongs on the democratic side of the great divide between democracy and autocracy.

Britain illustrates a particularly complicated and bloody demise of absolute monarchy that took place in less spectacular ways in all of Western Europe. Revolutions could be understood as a short cut to freedom. At least, that is the selling point to “the people” in whose names all revolutions begin.

The French Revolution should have been the most like ours, because the philosophies were virtually identical and the happenstance of history led the French into the American Revolution on our side. It is from the French Revolution we get “left” and “right” to describe political views, left thought to be more radical than right….well, it was on the far right that the royalists sat in the National Constituent Assembly.

As in our time, left and right were relative terms as heads were removed over political issues and the right became more thinly populated. Not that the guillotine gave revolutionary haircuts only to the right. Georges Danton and Maximilien Robespierre became known for chopping heads before they joined the chopped.

Two characters of great historical significance illustrate the slippery nature of the political left and the political right, both of whom were connected to both revolutions on the side of the revolutionaries: Tom Paine and Marie-Joseph Paul Yves Roch Gilbert du Motier, Marquis de La Fayette.

Paine is chiefly known for a pamphlet called “Common Sense,” of which John Adams famously remarked without the pen that produced “Common Sense,” George Washington’s sword “would have been raised in vain.” Having lit the fuse for the American Revolution, Paine went to France, where he published a defense of the French Revolution, “Rights of Man.”

His fame was such that he got elected to the French National Convention in spite of not speaking French. It may have been misunderstanding or substance, but Paine got crosswise with Robespierre and was locked up in December of 1793. I’ve never been clear whether Paine was being held for a dance with Madame Guillotine on a date to be named or whether the French intent was a sentence in durance vile, but two fortuitous events came together to free him after only 11 months.

James Monroe, a comrade from the American Revolution who would later become POTUS, worked some diplomatic mojo to the end of freeing Paine. And — I almost forgot — Robespierre, Paine’s most prominent enemy, went to the guillotine.

LaFayette’s noble birth was a substantial disadvantage during the French Revolution, but his belief in the rights of all men kept him afloat at first. He became the commander-in-chief of the French National Guard. In 1792, the revolution’s march to the left caught up with him and he fled France ahead of an arrest warrant. He was captured by Austrian troops and spent five years in prison.

Napoleon had him released in 1797, but LaFayette refused to serve the strongman’s government. After the restoration of the monarchy in 1814, LaFayette was elected to the Chamber of Deputies, where he sat on the left. In the revolution of 1830, he was offered the post of “dictator,” which I put in scare quotes because I’m not certain exactly what it meant. Whatever the duties, they were autocratic enough that LaFayette declined.

The result of the French Revolution was like Cromwell’s in England: a restoration of the monarchy with a bit less power.

A century later, populist revolution visited Russia, but the freeing of the serfs was complicated by World War I. Germany, pursuing its own interests, facilitated the return of a Marxist intellectual, Vladimir Ilyich Ulyanov, better known as Lenin.

Readers of Marx will understand that Russia — a feudal nation — was due a period of capitalism and the growth of a robust bourgeoisie before becoming a logical candidate for socialist revolution.

Lenin was no slave to orthodoxy and when he saw a chance to seize power, he seized it and wrote down his rationalization when he had time. The new or newish ideology was called “Marxism-Leninism.” Some people consider Lenin’s writings a mere codicil to Marx, but in the context of the struggle between autocracy and democracy, the Russian Revolution fell with the fall of the Kerensky government.

We, the United States of America, became the only democratic government to rise from violent revolution and manage a peaceful transition of power. The Civil War tacked three amendments to the Constitution, but it did not interrupt elections. The closest call we had (in my opinion) was the election of 1800, when John Adams showed himself more loyal to the country than to the Federalist Party and allowed a horrible person of the opposing party name of Thomas Jefferson to take power.

Since Adams did the right thing, most of us have assumed that the loser of an election will clean out his or her desk and make way for the winner. This year, that assumption may be challenged by the least qualified POTUS in our history.

Like Paine and like LaFayette, Donald John Trump faces a possible prison sentence, as do several members of his family. Unlike those historical figures he would not be locked up for ideological reasons. He has never displayed any discernible ideology. The issues are more mundane: fraud, tax evasion, and several more esoteric offenses all involving money.

It seems a shame to lose democratic government so a grifter can practice his trade with impunity. It might even be worthwhile to pay him to go away, if we are sure we’ve learned our lesson. I’ll believe we may have learned when Trump’s share of the vote is in the thirties rather than the forties or enough Republicans grow spines that we don’t have to buy him out. 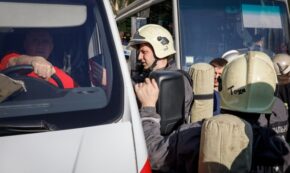 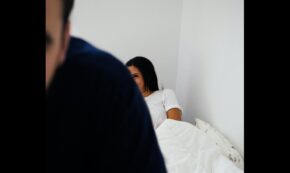 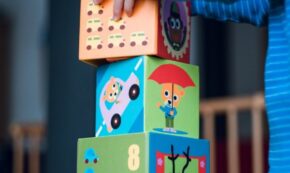 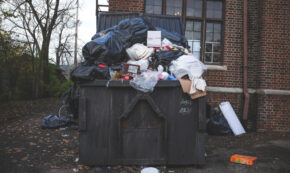