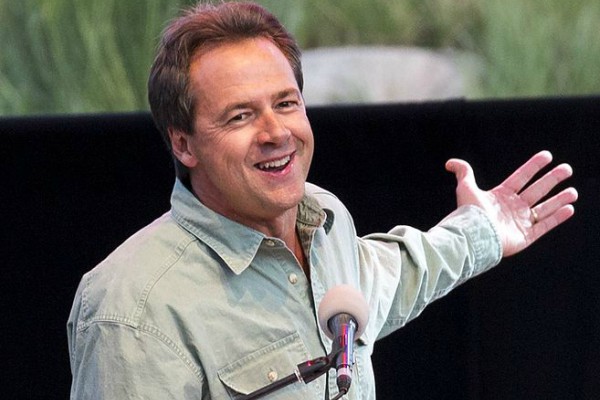 The Candidate du jour is Steve Bullock, Governor of Montana. Somehow just saying Democratic Governor of Montana evokes images of impossibility. Scenes of brutal confrontations or crippling compromise, yet he has managed to hold fast to his principles. Plus, he has done it twice. He must know something. Let’s see if we can find out what that is.

Working with a Republican-dominated state government he helped craft a law that would force political contributors to disclose their donations. He feels so strongly about the issue he has promised to do all he can to overturn Citizens United. Admittedly, this is almost a softball issue for Democrats, but, Bullock has tackled it a state level which inspires some confidence. It may be a tough sell in DC, though, where money powers almost everything. Still, it would solve a lot more problems than it would create.

Bullock is pro-choice. He even went so far as to veto a bill that would ban late-term abortions. I’ve never been to Montana but, I imagine it has to be at a deeply conservative state, which would have made that an unpopular position. For his efforts NARAL Pro Choice America gave him a 100% ranking during his gubernatorial campaign.

Montana is a long way from Mexico; in fact, 545 miles of the Big Sky state lie on the border with Canada. So, Bullock has been mostly silent on the disaster happening on the southern frontier. But, he did refuse to deploy the Montana National Guard to assist in the administration driven fiasco. Further, he was one of 11 Governors to sign a letter urging Congress to protect Dreamers.

It is almost an afterthought for most Democratic candidates to propose free college, which is a great idea, Bullock, however, is in favor of increased spending for apprenticeships and vocational training, which are valid alternatives, not everybody wants to go to college. Not as expansive, but it probably should be a part of any education bill. But, it has to come with some provision for a living wage. To be fair Bullock did push for more state funding for colleges in Montana and a tuition freeze in the Montana University System.

Pro free trade, anti-tariff, ban assault weapons, rejoin the Paris Accord. These are all planks of almost every Democratic candidate’s platform. Anything to not be Trump. All of these are good, but come February Iowa and New Hampshire will be silly with people saying those things.

All things considered, Bullock is a pretty safe bet. He is a DC outsider, for better or worse. And he has managed to make Montana a more liberal state. But, is that enough to win the presidency? Should that be all you look for in a candidate? The rules have changed in the last three years, that is the only reason we are talking about Steve Bullock for President, but, so far he hasn’t given us a lot to discuss.

Facebook7Tweet1PinEmail1Shares9
wpDiscuz
0
0
Would love your thoughts, please comment.x
()
x
| Reply
Share this ArticleLike this article? Email it to a friend!
Email sent!