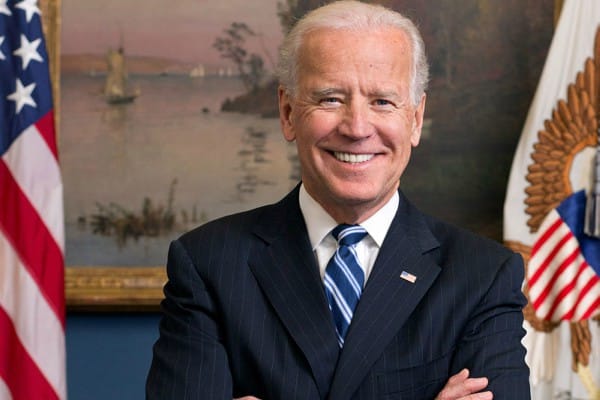 In a crowded field of candidates, it seems impossible to keep track of stands and positions and beliefs, if any of those still exist. I and the Good Men Project want to lock in a little on each candidate. We’ve already met Michael Bennet.  This is round two.

Joe Biden. What else do you have to say? His enthusiasm is overwhelming. His energy seems limitless. His smile is genuine. Just watching him speak makes me feel good. His speeches are filled with soaring, reassuring rhetoric. Not a lot of real substance, but a lot of feel-good platitudes.

His whole approach centers on the simple premise of returning America to the normalcy of days gone by. But, he doesn’t really explain what that means. I guess we are supposed to fill in our own versions. Hard to be any more democratic than that.

In a way, it is similar to the awful Make America Great Again, which really meant Make America American Again. Tariffs and border walls and bans on immigrants all in an effort to return America to some halcyon, euphoric days that never existed. Except, of course, Biden seems to want to do exactly the opposite. Maybe he should have some hats printed that say Make America Sane Again.

It would be nice to know how he plans to do it. He has all the political knowledge and status to get legislation passed. Maybe he does know “where the bodies are buried.” But what will he do with that power? He has mentioned, with reverence, the things that happened during the Obama presidency. Of course, a lot of that was made possible because of Biden’s endless behind the scenes machinations. Arm twisting and glad-handing in the hallowed halls of Congress.

It is a lot easier to run for office without making any real policy statements. Nothing to defend, deny or explain. And it hasn’t hurt him so far, he is way out front in polling. And considering the amount of money his campaign is raising he is going to be a tough out. Loopholes allow him to take money from lobbyists and big money people and still claim to be pure. Of course, it is open to anyone, and being taken advantage of by Kamala Harris, Beto O’Rourke, and Cory Booker are in the club as well.

He is still new to the race, but so far he seems to be running on the I’m not Trump ticket, And he isn’t. And I consider that a plus. Also, from the amount of ridicule coming from Trump and his attack dogs, Biden seems to be considered a threat. When Trump says “I would love to run against Joe Biden,” you can safely read that as “I would hate to run against Joe Biden.”

There is no doubt that Biden would be able to debate effectively against the Pres. Remembering the way he joyfully trampled all over Paul Ryan in 2015 still makes me laugh. Look, I never thought Paul Ryan was worthy of the house speakership, let alone the Vice Presidency, but I almost felt sorry for him, almost. If you don’t remember it or haven’t seen it, you should watch it.

Business as usual. There is no socialism in Biden, nothing radical or unusual. He represents the Washington status quo as well as anybody. His friendships boil and steam and fester on both sides of the aisle. He can get things done, but will he? He can campaign better than anybody, but he always seems to stumble on something. Sometimes it seemed like he just couldn’t get out of his own way. But, maybe he has found the secret. Just being Joe Biden might be all he needs.

Obviously, I like Joe Biden. If I could have a beer with any politician, anywhere, living or dead, it would be Joe Biden. And, honestly, I wouldn’t ask him about NATO, Canadian aluminum, immigration, tariffs, health care or welfare. But, that doesn’t mean someone shouldn’t ask him about those things. Those things should be important to voters. If he takes a noticeable stand I will update you.

Next time we meet Cory Booker.

Facebook33Tweet3PinEmailShares36
wpDiscuz
0
0
Would love your thoughts, please comment.x
()
x
| Reply
Share this ArticleLike this article? Email it to a friend!
Email sent!